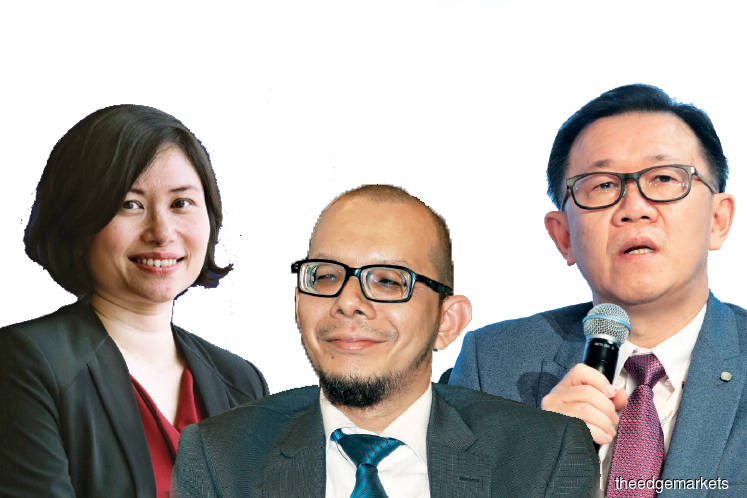 KUALA LUMPUR: Putrajaya may not have any leeway to cut the corporate tax rate in the short to medium term, but economists say there are other approaches it can consider to ease the cost of doing business.

UOB Malaysia senior economist Julia Goh said the government can look into the processes of setting up a business, reducing the number of government contact points for a start-up, and compliance costs.

Streamlining processes and procedures, reducing bureaucracy, and improving the government delivery system, are some of the key areas that can help the business community, concurred MIDF Research’s chief economist Dr Kamaruddin Mohd Nor.

Kamaruddin is of the view that Malaysia’s business environment has a lot of pull factors that are attractive to foreign investors, and these include a “robust pool of talents, world-class infrastructure, ease of doing business, and institutional support”.

“A competitive corporate tax rate is a plus but not the deciding factor,” he observed.

The corporate tax rate is currently 24%.

Last Friday, Finance Minister Lim Guan Eng told members of the Associated Chinese Chambers of Commerce and Industry of Malaysia (ACCCIM) that the government could not afford to reduce the corporate tax rate for “now and the next few years” owing to the country’s large debt obligations, particularly those of 1Malaysia Development Bhd, that were inherited from the previous government.

“Personally, I think [the] company tax should be reduced to prosper the economy, but we need to pay debts from 1MDB,” he said at the ACCCIM luncheon.

UOB’s Goh was not expecting corporate taxes to be cut in Budget 2019, as the debt burden aside, “the government’s revenue position without GST (goods and services tax) is tighter”.

“In Budget 2019, it is also not necessary for them to give out incentives, [for] as long as they maintain a conducive business environment, the private sector will continue to grow,” he said.

“Hopefully, the private sector can play a bigger role, take up the slack and help the government consolidate its budget.”

Meanwhile, Affin Hwang Investment Bank Bhd chief economist Alan Tan Chew Leong commented that the government is shifting its reliance from indirect taxes to direct taxes, like corporate tax. “Direct taxation correlates closely with economic performance, and given the current global trade protectionism which could affect businesses, it is rational for him (Guan Eng) to maintain the corporate tax rate to safeguard government revenue,” he said.

Goh told The Edge Financial Daily that Putrajaya’s decision to return to the Sales and Services Tax  (SST) regime infers government revenues will be more dependent on oil and direct income taxes.

As such, Goh said, the fiscal deficit will have to be stabilised through expenditure cuts, noting that areas which can be trimmed are government operating expenditure (opex) particularly in supplies and services (14% of total opex), grants and transfers (9% ), and other expenses (7.6%).

“We think these areas are more susceptible to unproductive leakages and can be rationalised without sacrificing growth.”