Is the government still selling PLUS? 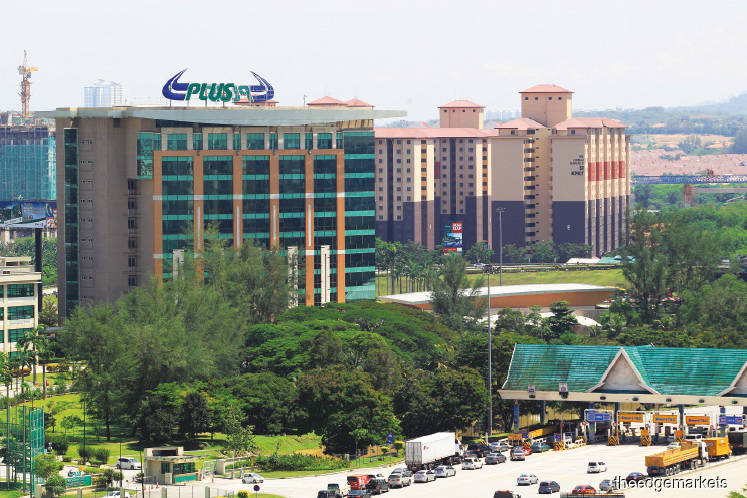 To recap, Lim had previously said, “The Cabinet has approved the proposed offer to acquire four Klang Valley highways — the Shah Alam Expressway, Damansara-Puchong Expressway, Sprint Expressway and SMART Tunnel — to be funded by government-guaranteed borrowings.”

In the past, Lim had mentioned that the acquisition price would be RM6.2 billion.

“With the introduction of congestion charges, which will be lower by up to 30% of the present toll rates during near-peak and normal hours, and free during off-peak hours, this will provide savings to the highway users of nearly RM180 million a year, or RM2 billion over the respective concession periods. There will be no extension of the concession and it will end according to the existing contract,” he had said.

But last Friday, Lim said the Cabinet would consider all proposals, including those from Khazanah Nasional Bhd, to acquire or dispose of shares in PLUS.

Khazanah holds 51% equity interest in PLUS together with its 49% partner, the Employees Provident Fund (EPF), which issued a statement saying that it looks forward to a proper resolution on the matter.

Prior to the tabling of Budget 2020, there were five proposals, with two basic differences. One was for the government to sell its highways, with the immediate focus on PLUS, while a second opted for the highways to remain with the government. To start the ball rolling, Gamuda would sell four of its highways to a unit of the Ministry of Finance.

On PLUS, Lim added, “There will be a minimum reduction of average toll charges by 18% across all PLUS highways. Such proposals must be fiscal positive, without increasing the present debt burden or debt-servicing charges of the government.

“At the same time, the 18% discount on toll charges for the North-South Expressway will save users up to RM1.13 billion in 2020 and RM43 billion over the entire concession period until 2038.”

Last Thursday, the Widad group and its chief, Tan Sri Muhammad Ikmal Opat Abdullah, made an offer for PLUS, seeking to waive toll compensation of RM2.7 billion from the government, owed to the current concessionaire, for the abolition of tolls at Plaza Batu Tiga and Bukit Kayu Hitam.

Widad would seek an extension of the highway concessionaires for another 20 years after the conclusion of the first concession.

It seems that Widad has identified a global strategic partner/investor to fund the proposed acquisition. It would also utilise internally generated funds and undertake a sukuk and equity issuance as well as offer a 25% to 40% reduction in current toll rates.

Also last week, Maju Holdings Sdn Bhd, the flagship of Tan Sri Abu Sahid Mohamad, raised its offer for PLUS, proposing to absorb RM2.7 billion in compensation owed by the government to PLUS and reduce toll charges by 25% to 36%.

Maju Holdings and Abu Sahid revised an earlier proposal and is offering to buy PLUS at an enterprise value of RM34.9 billion, which includes the highway operator’s debt to bondholders.

“With this latest offer that we have submitted to the government, existing shareholders of PLUS will benefit from an estimated total equity internal rate of return of about 16%,” Maju Holdings said.

“This represents a return that far surpasses the cost of equity for a majority of other toll road concessions, both globally and across Southeast Asia.”

In a nutshell, RRJ’s plan entails acquiring 100% equity interest in PLUS and assuming its debt of about RM30 billion.

RRJ’s previous offer of RM3 billion entailed Khazanah and EPF walking away with an annual return of 16.4%.

Other salient features of RRJ’s plan involve a 20-year extension to the concession and the government continuing to guarantee some of PLUS’ debt.

RRJ, which was founded in 2011, has US$15 billion in assets under management. It has appointed UBS AG and Newfields Advisors Sdn Bhd as its financial advisers for the proposal.

Little is known of Khazanah’s proposal apart from its plans to set up a highway trust after taking over the highways owned by PLUS for RM30.8 billion, those under Projek Lintasan Kota Holdings Sdn Bhd (Prolintas) for RM3.1 billion, Gamuda’s for RM5.6 billion and IJM Corp Bhd’s for RM2.7 billion, via a mix of cash and the issuance of debt papers.

Checks on CTOS LitE Report reveal that PLUS suffered an after-tax loss of RM93.53 million on revenue of RM3.83 billion in its financial year ended December 2018.

PLUS had accumulated losses of RM4.59 billion as at end-December 2018.

In July, PLUS wrote to The Edge explaining some of the seemingly bad numbers in FY2017.

PLUS had accumulated losses as a result of the privatisation exercise that was completed in January 2012. It acquired all assets and liabilities of five highway concessions at a fair value of RM23 billion and issued a series of bonds totalling RM30.6 billion to fund the acquisition as well as refinance all its previous borrowings.

The acquisition cost of RM23 billion was capitalised in accordance with Malaysian Financial Reporting Standard, which is amortised to the income statement as a charge over the remaining concession period.

Hence, as at Dec 31, 2017, an accumulated amortisation of RM5.46 billion was charged to the income statement, together with the total finance cost of RM9.18 billion over the six financial years, resulting in the accumulated loss of RM3.98 billion to PLUS as at FYE2017.

As for PLUS’ dividend payments until 2017, out of the total dividend of RM4 billion paid by PLUS to its two shareholders — UEM Group and the EPF — from 2013 to 2017, more than 50% of the amount, that is RM2.2 billion, was from the excess cash brought forward and the savings derived from PLUS’ refinancing exercise back in January 2012.

The plan to sell PLUS and other highways stems from the need to reduce the country’s debt and lower toll charges as promised in Pakatan Harapan’s election manifesto.

Under the current scheme, it looks like the government is buying over highways to reduce toll charges.