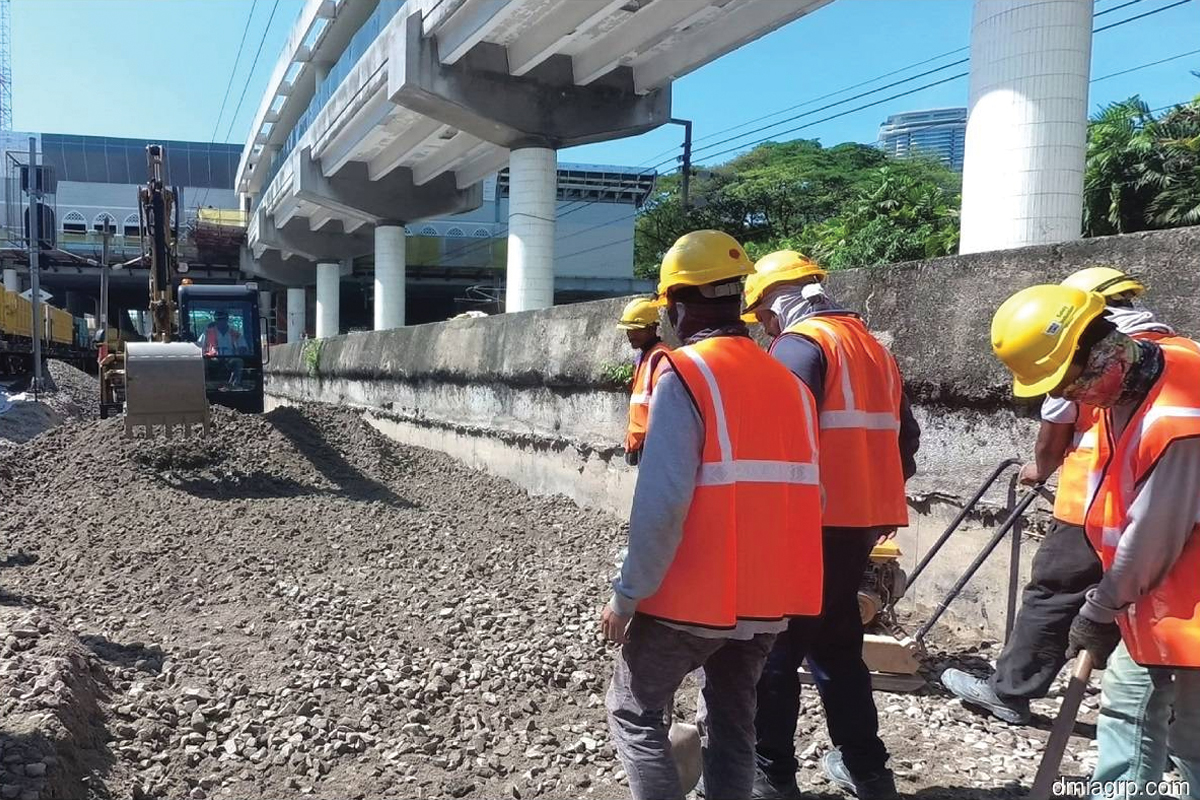 AFTER 1½ years, the federal government and Dhaya Maju LTAT Sdn Bhd have settled their dispute over the termination of the contract for the Klang Valley Double Tracking Phase 2 (KVDT2) project out of court, sources say, with the cabinet agreeing in principle for Dhaya Maju LTAT to continue subject to the cost being firmed up.

Towards this end, The Edge understands that Prokhas Sdn Bhd, a wholly-owned subsidiary of Minister of Finance Inc, has been given the mandate to determine the cost. The contract value for KVDT2 has already been amended once.

“Prokhas has called for bids from several consultants and has selected one consultant after the bidding process. The consultant has one month to come back with the value of the job,” one source says.

According to reports, the dispute between the government and Dhaya Maju LTAT arose after Finance Minister Tengku Datuk Seri Zafrul Abdul Aziz released a list of 101 projects worth RM6.61 billion awarded through direct negotiations during the Pakatan Harapan (PH) administration, and these included the KVDT2 project valued at RM4.475 billion that was awarded to Dhaya Maju LTAT.

In August 2020, Transport Minister Datuk Seri Wee Ka Siong said the cabinet had decided to reopen the tender for the KVDT2 project after the results of an extensive study and investigation found that the cost was overpriced, sparking a long-running legal fight with Dhaya Maju LTAT since then.

Wee quoted a study done by Ministry of Transport-assigned consultant Opus Consultants (M) Sdn Bhd, a subsidiary of Khazanah Nasional Bhd, which concluded that the project’s actual cost was RM3.4 billion based on Dhaya Maju LTAT’s original scope of work. However, Dhaya Maju LTAT claimed that the government had no reason to terminate the contract as it was unaware of the study.

In October 2020, Dhaya Maju LTAT filed a suit against the Perikatan Nasional (PN) government, Wee, Keretapi Tanah Melayu Bhd (KTMB) and Opus to stop them from terminating the company’s contract in the KVDT2 project.

The company had also filed a judicial review against the government to stop the retendering process, pending the disposal of the lawsuit.

It was previously reported that the company had completed 24% of the project and that the government had made progressive payments in excess of RM93 million.

In December last year, The Edge, citing sources, reported that the government and Dhaya Maju LTAT were exploring the possibility of a settlement over the court battle regarding the termination of the latter’s contract for the KVDT2 project. In fact, as early as November 2020, Datuk Takiyuddin Hassan, who is minister in the Prime Minister’s Department in charge of law, said in parliament that the government was willing to negotiate an out-of-court settlement with Dhaya Maju LTAT.

The KVDT2 rehabilitation job scope includes the replacement of the existing 25-year-old tracks, apart from the electrification system and upgrade and maintenance. The project involves two KTMB railway tracks — one from Salak South to Seremban and the other from a point between Kuala Lumpur Sentral and Angkasapuri to Port Klang — measuring a total of 211km.

To recap, Dhaya Maju LTAT was first appointed the contractor for the KVDT2 project by the Barisan Nasional government in April 2018, shortly before the 14th General Election. The original contract value was RM5.265 billion.

When PH formed the government in 2018, the contract was terminated on the grounds that it was overpriced and was awarded via direct negotiation. Then transport minister Anthony Loke was also reported to have said that the seven-year completion period given to the company was too long.

However, the contract was awarded back to the JV but at a lower value 10 months later in July 2019. The value of the new contract was reduced to RM4.475 billion, 15% lower than its original RM5.265 billion contract value.

A year later, the PN government terminated the contract.