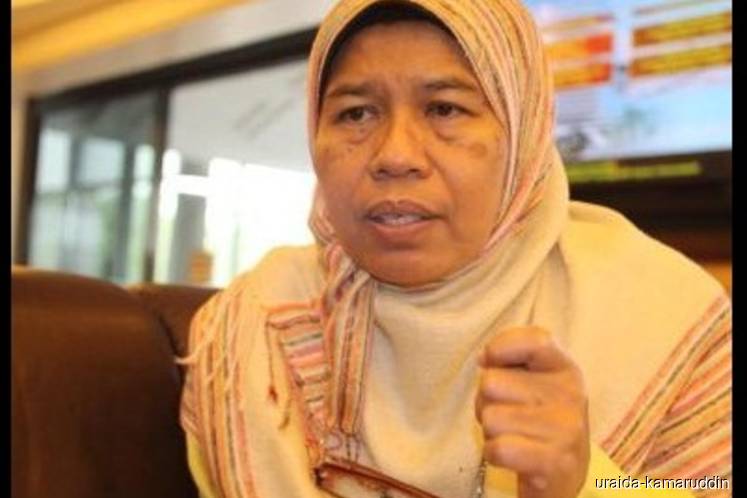 KUALA LUMPUR (March 1): The Government is looking to halve the total units of unsold houses by offering more than 20,000 units at a minimal 10% discount during the national Home Ownership Campaign (HOC), which kicked off today and will last till the end of June.

Minister of Housing and Local Government (KPKT) Zuraida Kamaruddin said that as of the third quarter of 2018, the number of unsold homes amounted to 40,916 units valued at RM27.38 billion, and the number included serviced apartments and small office home office (SOHO).

There are now 51 property developers taking part in the HOC, she said, and the units to be sold are worth about RM12.5 billion in total.

“The developers are happy with the expo as the responses from the public has been great, with many coming to enquire about the houses. We really hope this will help them (homebuyers) acquire homes that they could not afford last time, as now is the chance for them to buy the houses,” she told reporters on the sidelines of the HOC Expo 2019 here today.

During the campaign period, all homebuyers of participating projects will get at least 10% price discount and stamp duty waivers on the instrument of transfer and the loan agreement.  Other incentives being offered at the expo include attractive loan facilities and an additional rebate of RM2,000 from the Real Estate and Housing Developers’ Association (Rehda) for 100 selected buyers.

The HOC was launched by Prime Minister Tun Dr Mahathir Mohamad today. The campaign, a collaborative initiative between the  Ministry and Rehda, is in line with the Government's commitment to ensure adequate, quality and affordable housing for all Malaysians in line with the National Housing Policy.

In his opening remarks, Dr Mahathir said the Government has set the criteria that affordable housing has to be priced below RM300,000, and that any unit priced above that will not be considered an affordable home.

He said the Government's promise is to build one million affordable houses in 10 years, which means the target should be building up to 500,000 affordable homes within the next five years.

“The responsibility of realising the One Million Affordable House agenda is not limited to the Pakatan Harapan government, but all quarters, including the State governments, must also carry out their respective commitments, especially in terms of land allocation for the construction of such housing development. Similarly, private developers need to address such needs and should invest in the development of affordable housing for the people,” he said.

The HOC was held twice for three months each time in 1998 and 1999. At that time, stamp duty exeptions were offered for properties priced at RM250,000 and below, together with waivers of some processing fees like the memorandum of transfer, to lessen the burden of homebuyers and to encourage homeownership.

In Budget 2019, Finance Minister Lim Guan Eng announced that in order to address the issue of property overhang, the Government will exempt stamp duty on the instrument of transfer and the loan agreement for purchases of homes valued between RM300,001 and RM1 million by first-time homebuyers for six months, starting from Jan 1.