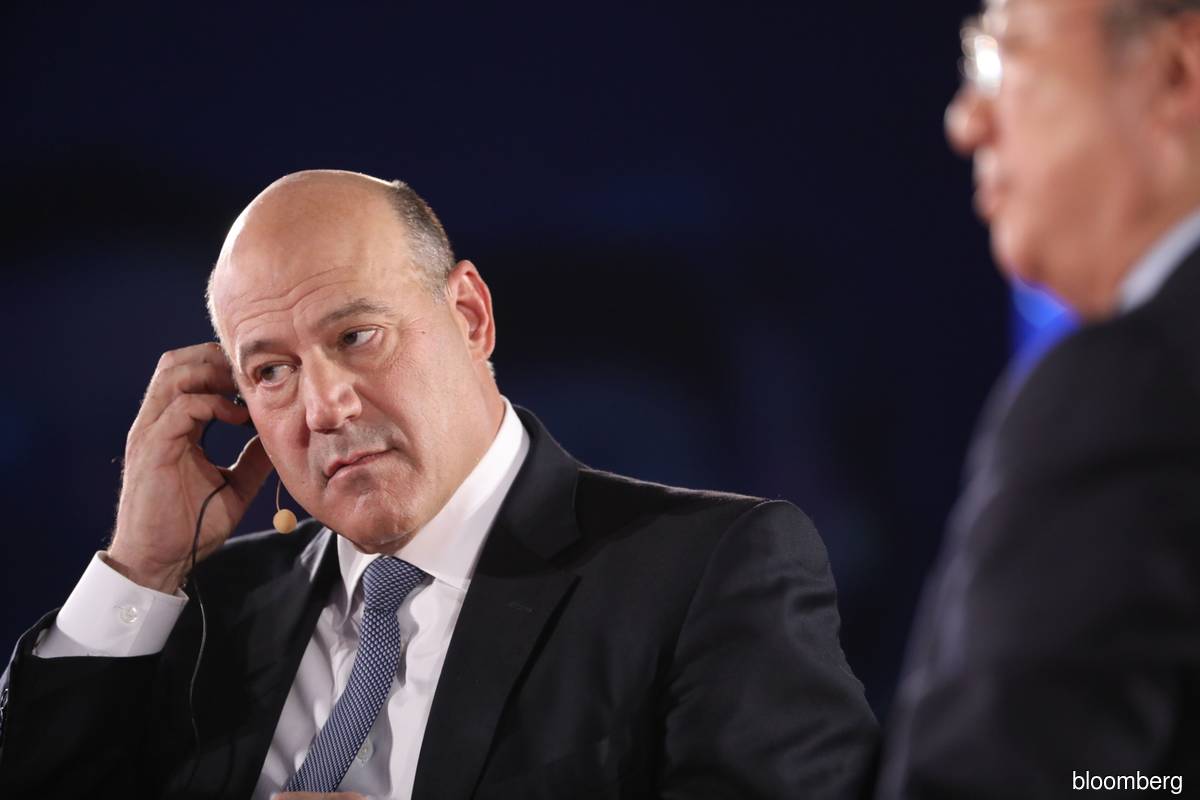 Gary Cohn, former assistant to the US president and former director of US National Economic Council, attends a panel discussion at the Bloomberg New Economy Forum in Beijing, China, on Friday, Nov 22, 2019. The New Economy Forum, organised by Bloomberg Media Group, a division of Bloomberg LP, aims to bring together leaders from public and private sectors to find solutions to the world's greatest challenges.

(Dec 18): It seemed like a decisive move by Goldman Sachs Group Inc’s board of directors: Compel a dozen executives to give back millions of dollars to hold them publicly accountable for the 1MDB corruption scandal.

But any hopes of a swift and unified act of contrition were thwarted when one of them, Gary Cohn, didn’t pay up. Weeks later, he ended the stalemate on his own terms by pledging to give his share to charity.

The episode thrust into the spotlight the issue of how to hold executives to account for bad behaviour. And while Cohn’s hardball tactics let him sidestep the board’s demands, it’s remarkable the board went after its executives’ money at all — because few do.

“Some people believe that the best way is to put a bad episode behind you as opposed to doing something about it,” said Charles Elson, a corporate governance expert at the University of Delaware.

The directors of General Electric Co, for example, haven’t tried to claw back pay from those responsible for the alleged accounting gimmicks that led to a US$200 million fine last week. Neither have the boards of drug companies accused of fueling the opioid epidemic.

And a year ago, Boeing Co’s directors ousted then-Chief Executive Officer Dennis Muilenburg, after two plane crashes killed 346 passengers and torpedoed the stock — but let him walk way with his riches largely intact.

Directors, who often are or were executives themselves, by and large try to avoid drawn-out conflicts with former bosses that could rattle the stock price and, in turn, the shareholders that appoint them. The committee on Goldman’s board that oversees executive pay includes the former CEOs of Mercer International Inc and DuPont, and four of the five GE directors in charge of compensation have been public company executives.

The clawback came into vogue in the wake of Enron and got another boost after the financial crisis. It gives boards a legal claim on money they deem was paid to executives unjustly. In other words, it’s a formal request for a payback, backed by a threat to sue.

Taking Cohn to court over his share — a bit more than US$10 million, an inconsequential sum to the bank and a fraction of the hundreds of millions he earned during over 20 years at the bank — may be both financially irrational and a tough case to win.

Cohn, who was the bank’s longtime chief operating officer and left to join President Donald Trump’s administration in early 2017, wasn’t directly implicated in the 1MDB affair and hasn’t been accused of any wrongdoing.

But Elson, who himself has been involved in such deliberations as a corporate director, said it’s not about the dollars and cents.

“If someone acted inappropriately, you’ve got to go to the mat,” he said. “It’s about accountability and the signal you’re sending to the rest of the organisation.”

Cohn “volunteered many weeks ago to make a significant charitable contribution” and “looks forward to doing so,” a representative for him told Bloomberg News last week. A Goldman spokesman said at the time that the bank was happy about the donation and considers the matter closed. In all, the board sought to recoup or cancel US$174 million of pay from the 12 current and former executives.

At GE, the Securities and Exchange Commission said executives for years misrepresented to investors the profitability and shape of its power unit and insurance portfolio. The practices, which happened on the watch of then-CEO Jeff Immelt, eventually forced GE to take a massive charge and sped up a downward spiral that wiped out hundreds of billions in market value.

“What’s striking is the deliberateness of what GE’s executives did,” said Erik Gordon, a professor at the University of Michigan. “This wasn’t behaviour they missed — it’s behaviour they drove. If GE doesn’t go after clawbacks, who would?”

GE didn’t admit or deny wrongdoing as part of the settlement. In a statement last week, GE said the accord didn’t warrant any revisions to its financials and that the firm was happy to have resolved the matter. A spokeswoman declined to comment further.

Aside from a criminal conviction, most clawbacks include broad legal definitions of wrongdoing such as oversight lapses, policy violations or harm done to the firm. That leaves boards with lots of discretion to decide when to apply them.

“You agreed to pay executives millions to do their jobs,” said Catherine Jackson, a former senior adviser to the US$300 billion Dutch pension fund PGGM. “If it comes out that they didn’t do their jobs, then why should you have to pay them?”

But proving a person’s culpability in a scandal that grew over time, involving the decisions and actions of many, is rarely easy. The process could drag on, expose more uncomfortable facts, implicate other employees — or the directors themselves — and lead to more bad press, said Michael Callahan, the former general counsel of LinkedIn Corp who now teaches law at Stanford University. Institutional investors typically have little stomach for such legal fights, however righteous they may claim to be.

“How strong is your case, and how long are you willing to be in the public eye?” Callahan said.

As a result, they’re rarely used, according to Brett Miller, head of data solutions at Institutional Shareholder Services’ division for responsible investing, even at companies that pay big sums to settle accusations of wrongdoing.

This year, drug distributors AmerisourceBergen Corp and Cardinal Health Inc booked their biggest-ever losses. These largely stemmed from setting aside roughly US$6 billion each for anticipated settlements in the litigation over their alleged roles in the opioid crisis, which has killed tens of thousands of Americans. Amerisource and Cardinal have repeatedly denied any wrongdoing.

Unless the clawback policy offers a slam dunk case against the executive, many boards opt not to fight, said University of Delaware’s Elson. That way, they can maintain they did what’s best for the company, all while letting the person off with whatever their contract entitled them — usually coupled with a non-disparagement clause.

Boeing ousted Muilenburg last year, after he was rebuked by Congress and the top US aviation regulator for botching the response to two fatal 737 Max accidents. News outlets including Bloomberg had detailed how some employees raised concerns about the development process of the 737 Max, saying profits were put ahead of safety. The board docked his unvested awards but let him leave with US$80 million in pension and deferred pay — money he’d earned over his three-decade career at Boeing.

At the time, a Boeing spokesman said he left with “the benefits to which he was contractually entitled.” This year, the board reinforced its clawback policy so that it also covers misconduct that compromised the safety of its products. The company didn’t comment, while Muilenburg, who recently joined a Silicon Valley tractor startup, declined to discuss the turbulent close to his stint at Boeing in a recent interview with Bloomberg.

“That argument — ‘It’s in the contract and that’s that’ — it’s fair legally,” Elson said, “but I don’t think it’s the best way to run a company.”