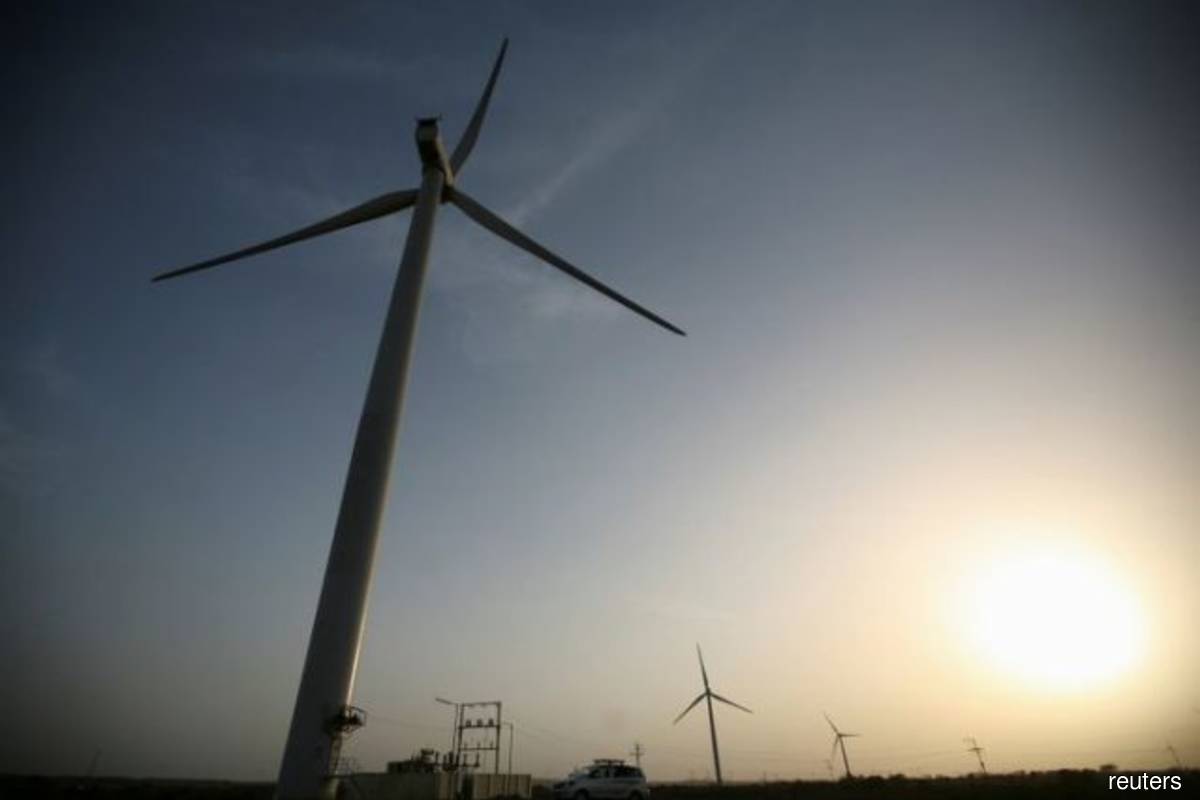 BENGALURU/NEW DELHI (Feb 24): ReNew Power will go public through an US$8 billion merger with a blank-cheque firm in the biggest deal in the fast-growing clean energy sector in India, allowing the country's largest renewable energy firm to grow capacity over the next few years.

The deal will be financed with cash proceeds of US$1.2 billion, including US$855 million in investments from serial blank-cheque dealmaker Chamath Palihapitiya, funds managed by BlackRock and Sylebra Capital, ReNew Power said on Wednesday.

Founded in 2011, ReNew Power counts Goldman Sachs and Canada Pension Plan Investment Board among its prominent investors. It owns and operates solar energy projects for more than 150 commercial and industrial customers across India.

ReNew, which currently has a 10% market share of India's renewable energy market, is among a wave of clean-energy firms poised to benefit from the country's push into renewable energy.

India, the world's third-largest emitter of greenhouse gases, wants to raise its renewable energy capacity to 500 gigawatts (GW), or 40% of total capacity, by 2030.

ReNew's total operational clean energy capacity is currently over 5 GW and it has an aggregate capacity of about 10 GW. It also counts Abu Dhabi Investment Authority, Global Environment Fund and JERA Co Inc, a consortium of two of the biggest Japanese utilities, as investors.

The company expects to grow its capacity to about 19 GW by 2025, with cash raised from the deal to be used to fund the roll-out, Sumant Sinha, chairman & chief executive officer of ReNew, told Reuters.

Goldman Sachs and Morgan Stanley are serving as financial advisers to ReNew, with Morgan Stanley also acting as a joint placement agent to the blank cheque company RMG Acquisition Corp II on the PIPE deal.

Special purpose acquisition companies or SPACs such as RMG raise money through an initial public offering to merge with a privately-held company. that then becomes publicly traded.

RMG's shares were up about 3% in New York. The combined entity is expected to be listed on the Nasdaq under the ticker symbol "RNW".

"We had been looking at trying to get an IPO done, and preferably from our standpoint, in the overseas market, just because they understand renewables better," Sinha said.

The amount of environmental, social and governance capital in overseas markets also influenced ReNew Power's decision to list in the US, Sinha added.

Palihapitiya, a former Facebook executive, also led the PIPE (private investment in public equity) round at SoftBank-backed robotics firm Berkshire Grey, which earlier on Wednesday agreed to go public through a merger with a blank-cheque firm.