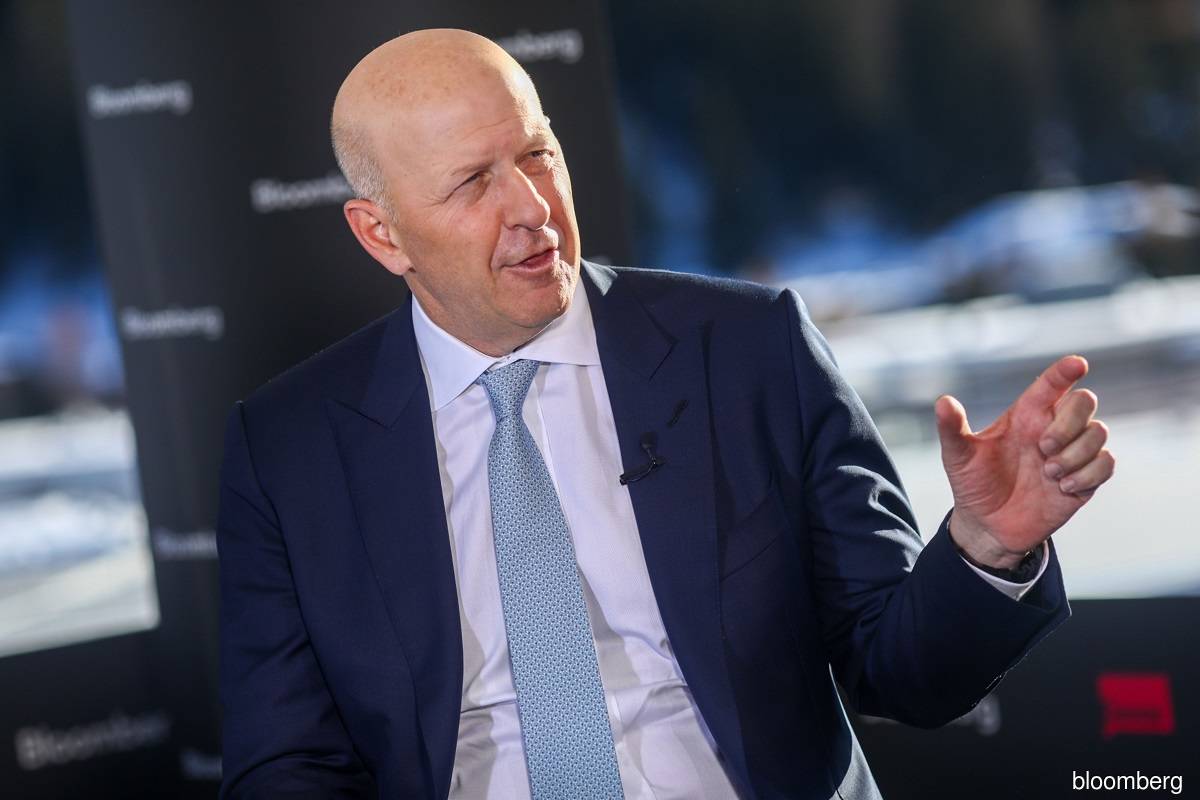 NEW YORK/WASHINGTON (Oct 23): Goldman Sachs Group Inc will pay a record foreign bribery penalty in the US and will enter a guilty plea for the first time ever for its role in the plundering of Malaysia’s 1Malaysia Development Bhd (1MDB) investment fund.

A Goldman subsidiary in Malaysia pleaded guilty to a single charge for its role in a scheme to divert billions of dollars raised for economic development in Malaysia. The Wall Street giant will also force chief executive officer (CEO) David Solomon and his predecessor Lloyd Blankfein to take a hit on their compensation, according to a person briefed on the matter.

The parent company avoided conviction in a deal known as a deferred-prosecution agreement, according to a court proceeding in Brooklyn, New York yesterday. That designation was a win for Goldman Sachs, because a conviction might have risked losing some institutional clients that are restricted from working with financial firms with criminal records.

The bank will pay more than US$2.3 billion in the plea deal, US prosecutor Alixandra Smith said, the largest penalty in US history for a violation of the Foreign Corrupt Practices Act. In all, Goldman's penalties will exceed US$5 billion globally.

The US penalty credits more than US$1 billion in fines paid to other US agencies and foreign authorities. In the US, that includes US$400 million to the Securities and Exchange Commission, US$150 million to New York's Department of Financial Services and US$154 million to the Federal Reserve (Fed). After disgorgements of Malaysia profits, the Department of Justice (DOJ) places the total US penalty at roughly US$2.9 billion.

From about 2009 to 2014, the bank's Malaysia unit "knowingly and willfully agreed to violate the Foreign Corrupt Practices Act by corruptly promising, and paying bribes to foreign officials in order to obtain and retain business for Goldman Sachs", the bank's general counsel, Karen Seymour, told US District Judge Margo Brodie in a video hearing yesterday.

The deal, which was expected, concludes one of the biggest bank probes inherited by the Trump administration. It holds Goldman Sachs to account for its role in raising US$6.5 billion for 1MDB, much of which US authorities said was stolen by people connected to the country's former prime minister and diverted into high-end art and real estate, a super yacht and the Hollywood movie "The Wolf of Wall Street".

In July, Goldman Sachs agreed to a settlement with Malaysia that included a payment of US$2.5 billion and an unusual provision that the bank would guarantee that the Asian nation would recoup an additional US$1.4 billion from 1MDB assets seized around the world. Malaysia dropped criminal charges against the bank as part of that deal.

The case against the Wall Street firm focuses on its fundraising work in 2012 and 2013 for the state-owned fund. Goldman's investment-banking group, led at the time by Solomon, collected US$600 million from the bond sales.

Much of the case centered on Jho Low, a Malaysian financier whom prosecutors accused of orchestrating the theft. Jho Low, who has professed his innocence, remains at large. But the probes also drew in several Goldman Sachs employees.

Goldman's former Southeast Asia chairman Tim Leissner pleaded guilty in the US to conspiring to launder money. He told a judge he bribed foreign officials to get bond deals and conspired with "several other employees of Goldman Sachs" to hide the theft, bribe payments, and money laundering from others at the bank. He will be sentenced in January.

A Leissner subordinate, Roger Ng, was charged with conspiring with Jho Low to launder money. He has denied wrongdoing.

US documents referred to other top Goldman officials, though not by name. At least one top Goldman executive met with Jho Low after the bank's compliance department had raised flags about him, according to the US government.

Another executive, Leissner's boss in Asia at the time, was briefed on a plan to pay bribes and kickbacks to ensure 1MDB's fundraising proceeded, according to previous government filings. That executive matches the description of Andrea Vella, who has since left the bank. Vella agreed to a lifetime ban from banking by the Fed without admitting or denying wrongdoing.

The 1MDB scandal set off investigations in Asia, the US, and Europe. Authorities on three continents spent years tracking funds that allegedly flowed from 1MDB into ornaments of wealth. Goldman Sachs' Asian unit was fined US$350 million by Hong Kong's financial regulator and £96.6 million to the UK's Financial Conduct Authority, the agencies said yesterday.

Goldman Sachs will seek US Department of Labor's permission before the Malaysia unit's December sentencing to continue handling retirement funds for Americans, its lawyers said. Banks must secure a waiver from the department to continue handling such funds after an admission of criminal conduct.

The 1MDB saga devolved into a plot to pressure the US to go easy on some of the alleged looters, casting a wider web that has embroiled a prominent Republican fundraiser, an official in the DOJ, and even a former Fugees rap star.

Goldman fined US$350 million by Hong Kong over 1MDB scandal