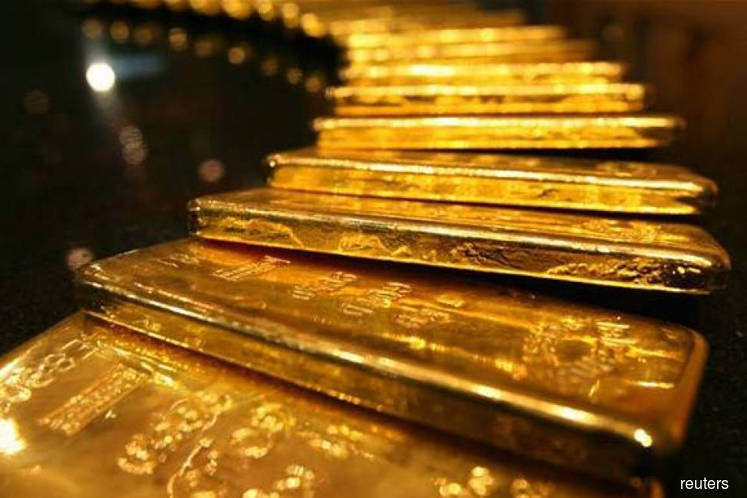 SINGAPORE (Feb 20): Gold traded near a seven-year high on concern that the coronavirus outbreak will retard global growth, coupled with speculation the Federal Reserve will ease monetary policy before the year-end. Palladium held near a record after building on a powerful rally.

Bullion is rising at a time when US stocks are at an all-time high even as traders weigh the global impact of the disease. While Hubei, the province at the center of the outbreak, reported fewer cases after another revision to its counting method, there are signs of deepening economic damage. In addition, two deaths were reported in Iran, highlighting the threat outside China.

The traditional haven has climbed more than 6% this year amid mounting concern over the effects of the virus, with companies from Apple Inc to Burberry Group Plc cutting guidance. While minutes from the latest Fed meeting showed that officials indicated they could leave rates unchanged for many months, futures traders maintained expectations for at least one cut over 2020.

“Support for the yellow metal is driven by economic uncertainty related to the coronavirus — ie how long could the pandemic last and what will its ultimate impact be on world economic growth?” Gavin Wendt, senior resource analyst at MineLife Pty in Sydney, said in an email.

“Importantly, we’ve seen gold performing strongly in a range of currencies, hitting new all-time highs during 2019 and 2020,” said Wendt. That reflects not only investor uncertainty, but also a likelihood more stimulus will be required, including lower rates, to boost activity in a post-coronavirus world, he said.

Palladium climbed 2% to US$2,769.83 an ounce. The metal used to curb emissions from vehicles touched an all-time high of US$2,849.61 on Wednesday on concerns over a widening global deficit, and as the Chinese government pledged to stabilize car demand in the country.

Among other main precious metals, silver and platinum were both slightly weaker.