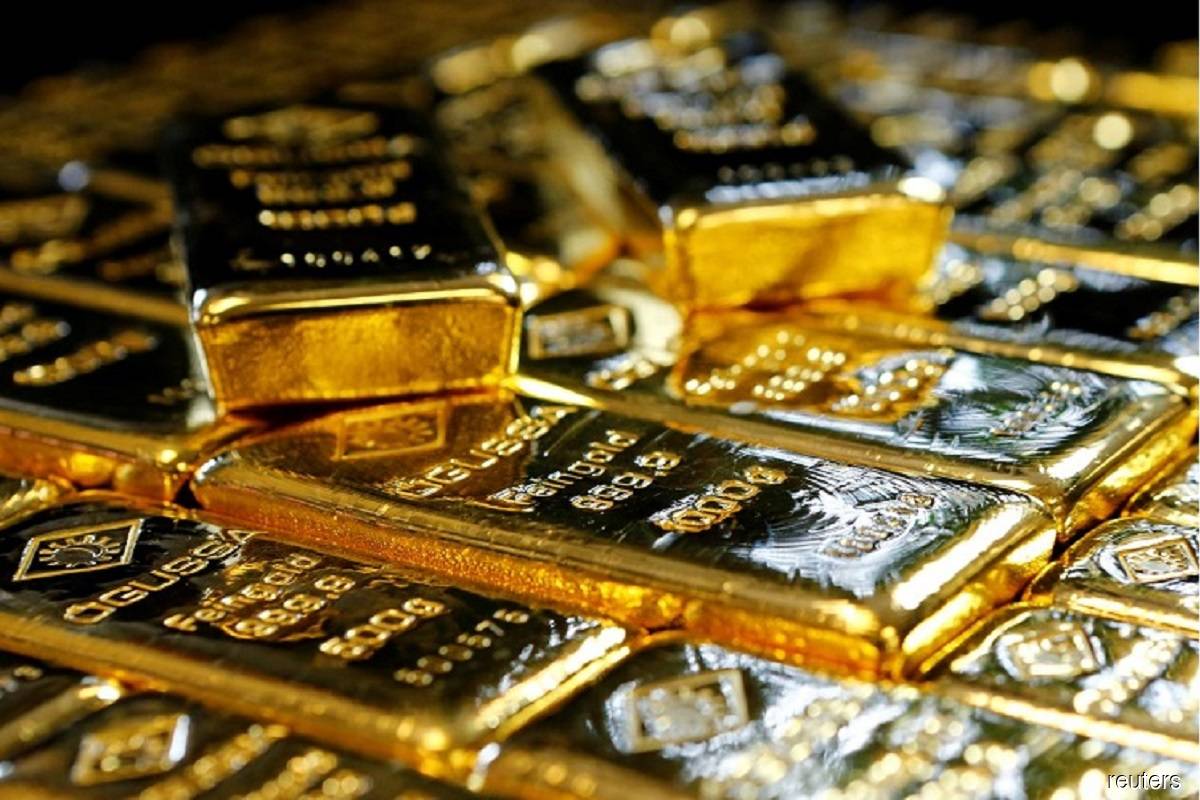 BENGALURU (Nov 11): Gold prices eased on Friday, but were set for their biggest weekly gain in more than eight months, as US data pointing to slowing inflation boosted hopes that the Federal Reserve would slow its aggressive rate hikes.

The dollar index steadied after Thursday's fall, but was headed for its biggest weekly drop since March 2020. A weaker US dollar makes gold more appealing to overseas buyers.

US consumer prices rose less than expected in October, indicating that inflation was slowing, which raised hopes that the Fed will begin scaling back its hefty rate hikes.

"The softer-than-expected CPI print supports the case for a step down in the pace of hike at the December Fed meeting that can translate into a resumption of the dollar trend lower, providing a window for gold to stage a mild recovery," said Christopher Wong, OCBC FX strategist.

"Prices are slightly lower due to some profit-taking. After a sharp rally, gold needs to consolidates first, but if the euphoria continues, prices could move higher."

Market participants are now seeing a 71.5% chance of a 50-basis-point rate hike at the Fed's December meeting.

Gold is considered a hedge against inflation, but rising interest rates increase the opportunity cost of holding non-yielding bullion.

Spot silver fell 0.2% to US$21.62 per ounce, but was poised for its second straight weekly rise.