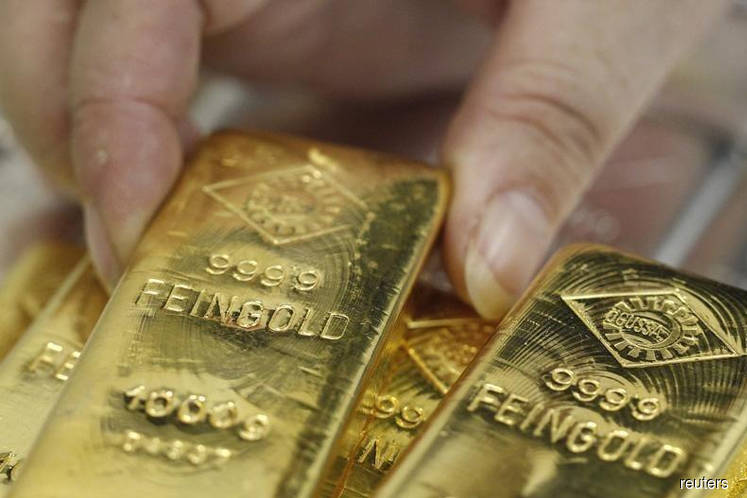 SINGAPORE/NEW YORK (Jan 4): Gold advanced above $1,300 an ounce to extend a new year rally. Investors flocked to the metal with global equities in retreat, signs of a slowdown stacking up, and the oldest of havens showing its mettle as exchange-traded funds draw in increased flows.

Gold has become the go-to commodity in the opening days of 2019 as investors contemplate a deteriorating worldwide outlook and factor in fewer, if any, Federal Reserve interest rate hikes this year. A gauge of U.S. manufacturing sank by the most since the 2008 recession a day after Apple Inc. cut its revenue outlook, fueling concern that the trade war with China is taking a bigger-than-expected toll on growth. In recent days, there have also been strong signals of a slowdown in China, the world’s second-largest economy.

Fueling investor concerns, Apple this week lowered its revenue outlook, citing weakness in China, fewer than expected upgrades to iPhones, and supply constraints to newer models of the Apple Watch and AirPods. That followed recent losses in U.S. equity benchmarks and warning signs from China.

Earlier this week, a report showed a contraction in China’s manufacturing, while factory gauges in Italy and Poland also sank. With equities faltering, global gold-backed ETF holdings added 67 tons last month, and in the opening days of the year rose further to the highest since June.

The rally past $1,300 is considered an important psychological hurdle that could spur additional buying, according to analysts including George Gero at RBC Wealth
Management. “The market has major worries about the economy, the stock market and political events” including Brexit, said Gero. “If investors keep looking for havens, the price could reach $1,350,” he said.

Fed Bank of Dallas President Robert Kaplan said on Thursday the central bank should put rates on hold as it waits to see how uncertainties about growth, weakness in interest-sensitive industries and tighter financial conditions play out. “We should
not take any further action on interest rates until these issues are resolved, for better, for worse,” Kaplan told Bloomberg’s Michael McKee.

“The dollar is showing some signs of weakness especially against the yen, stocks are under pressure, yields are coming down, Fed rate expectations have been coming down as well,” said

Ole Hansen, head of commodity strategy at Saxo Bank A/S. “If that trend continues, then gold will continue to assert its role as a safe haven.”