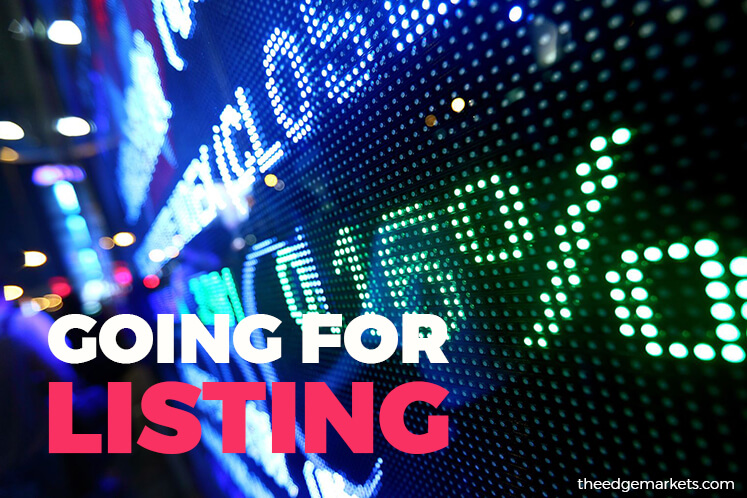 THE Australian Securities Exchange (ASX) has, interestingly, emerged as one of the top exchanges for technology companies to list on, having attracted a strong wave of initial public offerings (IPO) — particularly those with a market capitalisation of US$500 million (RM2.02 billion) and below — over the last five years.

“We’ve had a great run of listings. We had roughly 100 tech companies list in the last five years, bringing the total now to 236, of which 50 are foreign companies,” James Posnett, ASX Ltd’s senior manager of listings business development, tells The Edge in an interview in Kuala Lumpur on the sidelines of the Wild Digital 2018 technology conference last week.

“The market cap sounds a little small, but it’s important to note that these companies fall under a very narrow definition of ‘tech’,” Posnett says, pointing out that the number excludes telecommunications, e-health and e-commerce companies, which some consider as tech companies.

So far this year, there have been nine new tech listings on the ASX.

Posnett is confident that the strong momentum of new tech listings seen over the last few years will continue. He notes there has  been a trend of companies going for a pre-IPO round of funding before eventually listing.

“There’s been a really important evolution that we’ve seen in the last few years in particular, and that is pre-IPO funding. More companies are taking a pre-IPO round of funding maybe 12 months prior to an actual listing. The reason they’re doing this is to prove up the business model a bit more before they eventually press the ‘go’ button and launch an IPO. That’s more and more common, and we think that’s extremely healthy for the market because we dont want companies, especially in tech, to list too early.

“And so, that means we’re likely to see a similar number [come to market] because there are just more companies looking for capital year on year, but the average size of the tech companies coming to market will most likely be larger in future,” he says.

ASX has actively been promoting its market as a listing and capital-raising venue for tech companies both in Australia and abraod.

Posnett estimates that seven of the 50 foreign tech companies listed on the ASX are from Malaysia. “I think we’ll be back here looking for more companies to list. I’m meeting several while I’m here on this trip that have voiced interest ... so I wouldn’t be surprised if you see more [Malaysian tech companies on the ASX].”

But why has the ASX become a key listing venue for technology companies?

According to Posnett, there are two main reasons. One is the fact that Australia has one of the world’s largest pools of investable funds, and most funds allocated to equities are mandated to invest in ASX-listed companies.

“Australia is quite unique because there is US$2 trillion under management there in the pension market. That’s the fourth largest pool in the world (after the US, UK and Japan), which is quite amazing for a country of just 24 million people — but it’s because the government mandated compulsory superannuation back in 1992, and that has just continued to grow over time. So it’s a great privileged position to be in, and around half of that US$2 trillion is invested in equities — it doesn’t all go to ASX, but shall we say, a majority goes to ASX-listed stocks,” he explains.

In comparison, the total market cap of the 2,211 companies listed on the ASX is about A$1.9 trillion.

“So you can imagine, at a certain point, there’s going to be more money than there are available stocks to invest in. Hence, there is genuine demand for more listings on the market in Australia because this money needs a place to invest into. And, as the growth in the tech space has indicated, there’s great investor demand for this sector,” Posnett says.

Neverthless, most of the tech companies listed on ASX are much smaller in market size than those on Nasdaq.

“The selling point of ASX is really small and mid-cap tech companies, and by that, I mean those with a market cap of US$1 billion and below. If you look at companies in that size range and do a [comparison] with those on Nasdaq or other markets, we actually stack up extremely well in terms of liquidity and valuation,” he says.

In the US, companies with a market cap of below US$1 billion often struggle to attract investor interest and need to be even larger to enter the major indices — the S&P 500 index has a minimum market requirement US$5.3 billion. In Australia, however, a company can be included on the index earlier, with the S&P/ASX 300 index having a minimum market cap requirement of about US$298 million.

“ASX offers foreign tech companies the ability to list earlier on a globally recognised market, access an investor base that is active in small and mid-cap stocks, and achieve index inclusion at an earlier stage,” Posnett comments.

He also expects to see more fintech companies listed on the ASX in future. At present, there are 38 on the exchange.

Based on ASX’ internal data, roughly only 25% of its tech companies were profitable at the time of their IPO from 2014 to 2017.

Xero Ltd, for example, a New Zealand-listed company that got dual-listed on the ASX in late 2012 — the same year that Facebook Inc got listed — was not profitable at the point of its listing. It started making a profit only this year. It also moved to delist from New Zealand this year.

“It was deliberately not making money [as] it was growing very fast. I think, that [Xero’s listing] was a turning point in terms of getting investors thinking about tech companies that are not profitable, but for good reason. But I think there’s also an evolution in thinking that [way], even in the US, because ultimately, you have to get to profit. Don’t forget that you do have to become profitable after a certain point, so it’s not all about growing user base,” he says.

Tech companies worldwide, including in the US and Australia, have had an amazing run in the stock market, with some critics arguing that valuations have gotten too lofty.

“How long has the bull market got to run, I think, it’s a million-dollar question. We could see them going even higher possibly, but it’s hard to say. Valuations are high, I think it’s fair to say, but are they ridiculous? Probably not. You don’t necessarrily find that all markets are the same in terms of valuations, but I will say, in terms of comparison between ASX and the US, the US is the closest in terms of tech valuations in the public market,” Posnett says.