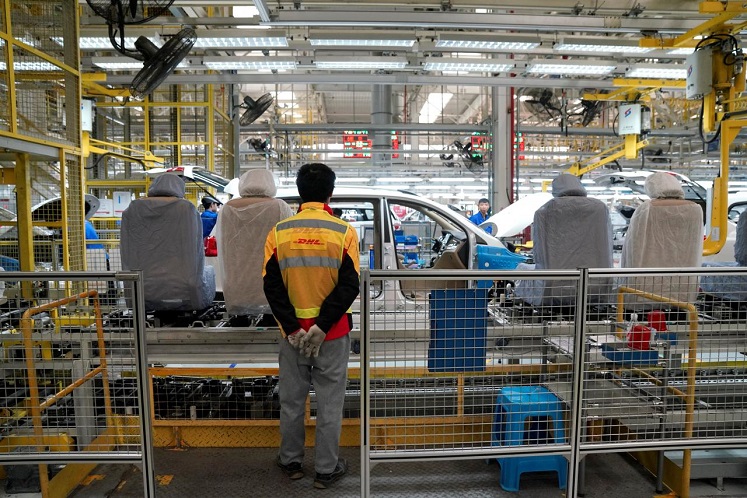 (May 22): General Motors Co (GM) is delaying the resumption of second shifts at truck assembly plants in Michigan, Indiana and Mexico because of a lack of parts from Mexico, a person briefed on the matter said.

The Detroit automaker, which resumed production on Monday after suspending operations in March because of the Covid-19 pandemic, will launch a second shift next week only at its Lansing Delta Township plant. It will not immediately begin, as it had hoped, second shifts on Monday at its Ft Wayne, Indiana, Flint and Silao, Mexico plants that build full-size trucks, but could resume a second shift as early as later next week, the source said.

GM spokesman Dan Flores said "demand for our full size picks has been very strong so we are certainly exploring ways to add production and will do that when it makes sense".

Mexican auto parts production is only this week beginning to slowly resume. GM's decision to delay resuming some production shifts shows the challenges of resuming production with thousands of suppliers.

Last week, GM suppliers were told the company planned to resume three-shift production at it Fort Wayne plant and other plants as soon as June 1.

Large pickups, including Ford’s F-series line, GM’s Chevrolet Silverado and GMC Sierra and Fiat Chrysler’s Ram, accounted for nearly 21% of all light vehicles sold in the US in April, Ford vice-president for US sales, marketing and service Mark LaNeve said earlier this month. Normally, the pickup segment is 13% to 14% of total sales.