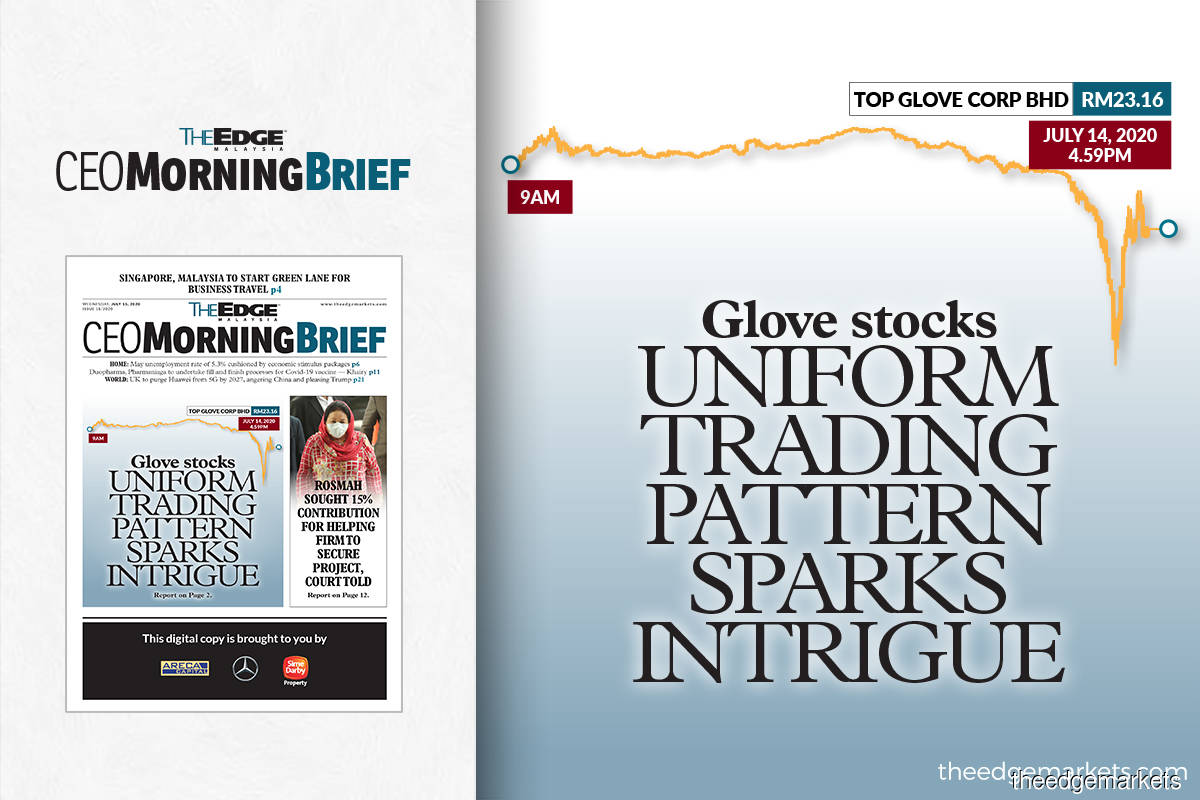 All seven counters plummeted simultaneously shortly after 4pm, but rebounded soon after, right before the closing bell. Share price charts show a uniform V-shape pattern among the rubber glove makers (see charts), whose share prices have rocketed at least several folds since March. What was intriguing was that there was no negative news flow about the rubber glove industry that could possibly have swung the share prices in such a drastic and uniform fashion.

Investment analysts were baffled by the share price trend.

Some experts suspected that algorithmic trading activities could be at play. Algorithmic trading is a method of executing orders using automated pre-programmed trading instructions that account for variables such as time, price, and volume.

Malacca Securities Sdn Bhd head of research Loui Low did not rule out the possibility that algorithmic trading activities could be involved.

Another possibility, he believed, could be that the glove counters had triggered the stop limit for various investors and brokers.

Top Glove, Supermax and Hartalega Holdings Bhd shares all settled in the negative territory yesterday, after closing at their record highs on Monday.