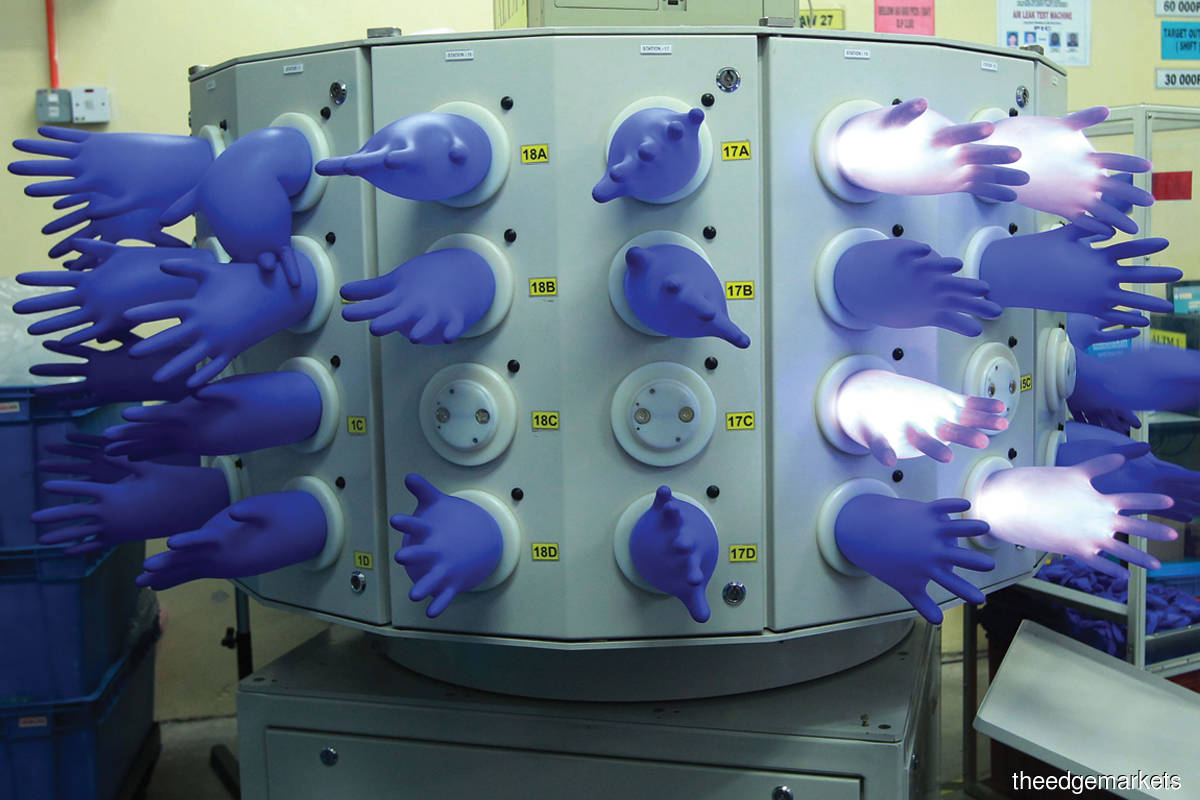 RUBBER glove counters have gained fresh investor interest of late, with some stock rallying as much as 40% over the past month. This is despite the bearish outlook for the sector painted by analysts due to the oversupply of gloves in the market, especially from China.

Over the past month, the share prices of the four biggest glove players in the country have enjoyed double-digit gains. Top Glove Corp Bhd was up by a third, Hartalega Holdings Bhd by 30.5%, Supermax Corp Bhd by 40% and Kossan Rubber Industries Bhd by 19.4%.

Is the unexpected rally sustainable?

Analysts and fund managers have differing views. Some recommend that investors take advantage of the rally to trim their holdings due to oversupply issues, one such research house being CGS-CIMB Research.

“We do not see any fundamental reason for the rally as the sector outlook remains weak (oversupply situation and weak demand from buyers). We have ‘reduce’ calls on three glove makers and a ‘hold’ call on Kossan,” it said in a note to clients last week.

Despite the gloomy outlook, some still see value in glove makers, given their large cash pile.

Areca Capital Sdn Bhd CEO Danny Wong points out that some of the glove companies are sitting on a huge war chest that was built during the rally in 2020 as a result of the Covid-19 pandemic. “Following the intense selldown of these glove counters since last year, some of the companies’ share prices are trading at their cash position, which is hard to ignore,” he tells The Edge.

In terms of valuation, Wong says the glove companies are currently trading below their pre-Covid-19 levels and appear attractive, especially as the average selling prices (ASPs) of gloves are expected to stabilise. The ASPs currently stand between US$20 and US$22 per 1,000 pieces of gloves, which is already lower than the pre-Covid price of US$25, he adds.

Rakuten Trade head of equity sales Vincent Lau advises investors to be cautious about the oversupply of gloves as China is lowering its ASPs to be more competitive. “Most research houses are still bearish on the sector, but the share prices of the players have gone down a lot, which made them attractive due to their cash position,” says Lau, who expects share price volatility to continue because of the supply glut.

In terms of the sustainability of the rally, Wong reckons that some counters are still attractive given their cash position. “I can’t comment on the short-term performance of the stocks. I look at the mid- to long-term view, and I think some glove stocks are looking attractive,” he says.

Of the “big four”, Kossan and Supermax boast the largest cash positions. Kossan has RM2.2 billion cash, or 87 sen per share, while Supermax has RM2.97 billion, or RM1.11 per share.

Interestingly, of the four, Kossan has the highest number of “buy” calls (five), while eight recommend “hold” and six “sell”, with the consensus target price at RM1.29 per share. JP Morgan has one of the more bullish calls on Kossan with a target price of RM1.70 per share.

In a July report, the research house highlighted that the glove maker’s decision to not expand capacity during the pandemic was the right one as it has been able to maintain a high utilisation rate to keep unit cost low. Its factory utilisation rate of 60% to 70% is higher than the industry average of 50% to 55%.

“The supernormal profit-generated cash pile now represents a big part of market value, thus making it an attractive takeover target. The cash pile can be returned to shareholders via a capital repayment exercise to create shareholder value,” said JP Morgan, adding that Kossan can afford a 10% yield for six years from its net cash via capital repayment.

It argued that there is a “glaring proposition and mispriced equity” in Kossan’s share price. “One only needs to pay RM2.2 billion to take over Kossan and get back the cash once it is privatised and own assets that are worth RM1 billion to RM2 billion,” it noted.

It is worth pointing out that JP Morgan was one of the first research houses to slash its target price for glove makers in 2020, its contrarian view putting a dampener on the then glove stock mania.

Compared to two years ago, the market valuations of glove players have been decimated. Recall that at the height of the Covid-19 pandemic in 2020, Top Glove’s share price skyrocketed and the company had a market capitalisation of RM67.5 billion, almost becoming the largest entity on Bursa Malaysia.

Today, Top Glove has a market capitalisation of RM6.33 billion. Some analysts say it is at risk of being removed from the FBM KLCI.