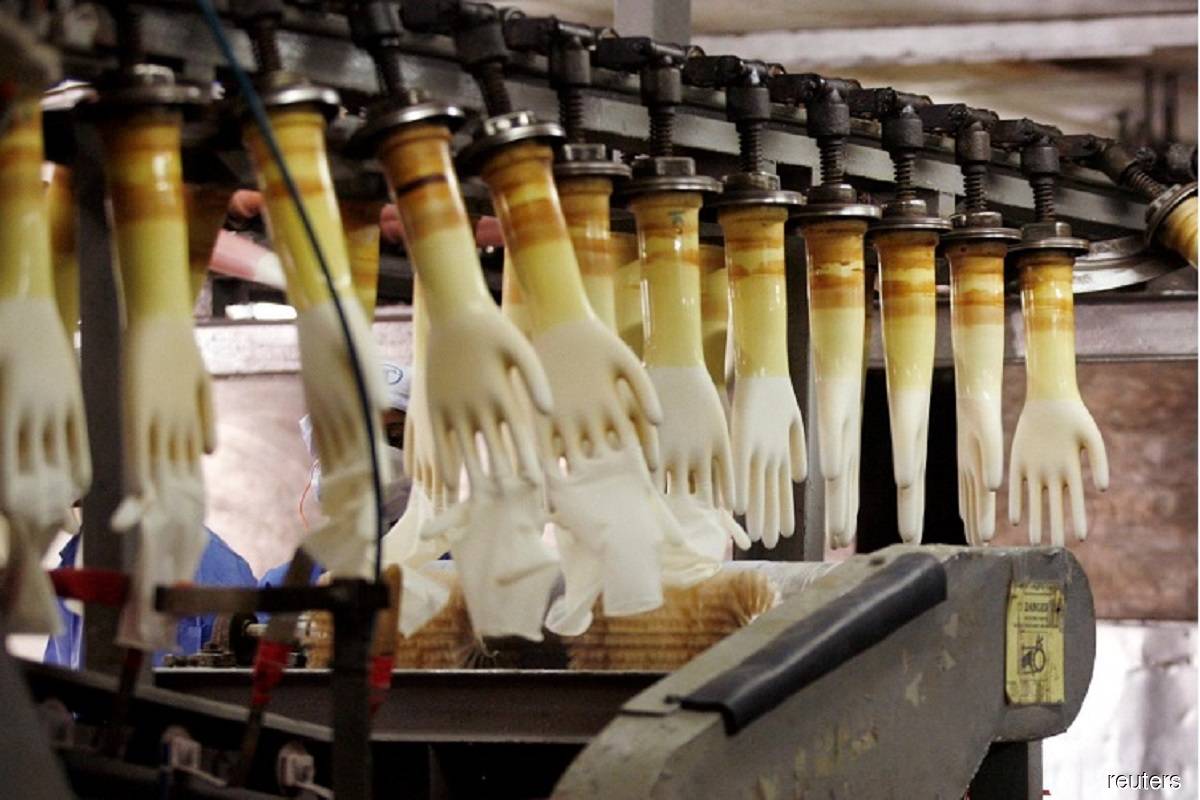 Share prices of rubber glove makers rose as gloves are seen as crucial personal protective equipment to curb the spread of the Covid-19 pandemic.

The emergence of IHU appeared to have raised fresh pandemic concerns after the variant emerged in France recently, news.com.au reported on Wednesday (Jan 5).

It was reported that IHU was first detected in France last month, but is now making international headlines after catching the attention of global experts.

"The medical world is on alert yet again after a new mutant Covid-19 variant emerged in France recently. At least 12 cases were confirmed near the Marseilles area, and it is understood that many of those patients were hospitalised with the illness.

"Variant IHU, which is believed to be linked with travel to the African nation of Cameroon, has 46 mutations which experts fear could mean it is more resistant to existing vaccines.

"However, on a more positive note, the new strain does not appear to be spreading rapidly,” news.com.au reported.

Hong Leong Investment Bank Bhd analyst Ng Jun Sheng wrote in note on Wednesday (Jan 5) that the research house sees increased volatility in the Malaysian stock market on factors including "the emergence of new Covid-19 variant IHU (studies [of which] showed more mutations than Omicron), fluid domestic politics and the impact on sectors/corporates after widespread flooding in many states in Peninsular Malaysia”.

Hartalega and Top Glove are also constituents of the KLCI.

On Tuesday, Bloomberg reported that the World Health Organisation (WHO) said a coronavirus variant found in France hasn’t become much of a threat since it was first identified in November.

The variant “has been on our radar”, Abdi Mahamud, a WHO incident manager on Covid-19, said at a press briefing in Geneva on Tuesday. “That virus had a lot of chances to pick up.”

Bloomberg reported that the IHU variant was identified in 12 people in the southern Alps around the same time that Omicron was discovered in South Africa last year.

"The latter mutation (IHU) has since travelled the globe and kindled record levels of contagion, unlike the French one that researchers at the IHU Mediterranee Infection — helmed by scientist Didier Raoult — nicknamed IHU.

"The first patient identified with the [IHU] variant was vaccinated and had just returned from Cameroon, IHU researchers wrote in a paper published on the medRxiv server in late December where they first drew attention to the atypical mutations,” Bloomberg reported.