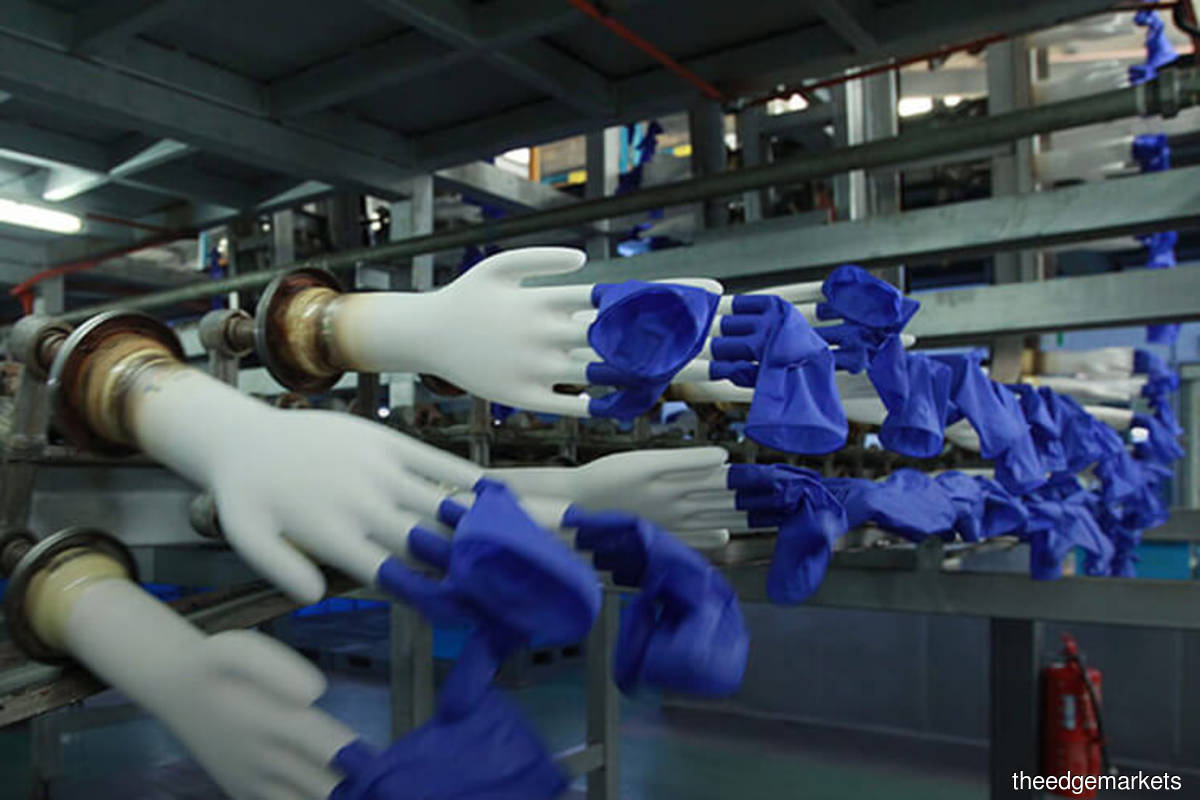 The glove counters closed near or at intra-day highs in active trade. After months of sell-off to below pre-pandemic lows, the sector has seen bargain hunting in recent days on investor perception towards the exporting sector as a beneficiary of a strengthening US dollar.

Top Glove was the second most active counter on Wednesday with 113.49 million shares traded, up 57% from its two-month average of 72.24 million shares.

Other glovemakers also rose. Supermax climbed up seven sen or 8.14% to settle at 93 sen, translating into market value of RM2.53 billion, while Kossan rose nine sen or 7.96% to RM1.22, bringing it a market capitalisation of RM3.12 billion.