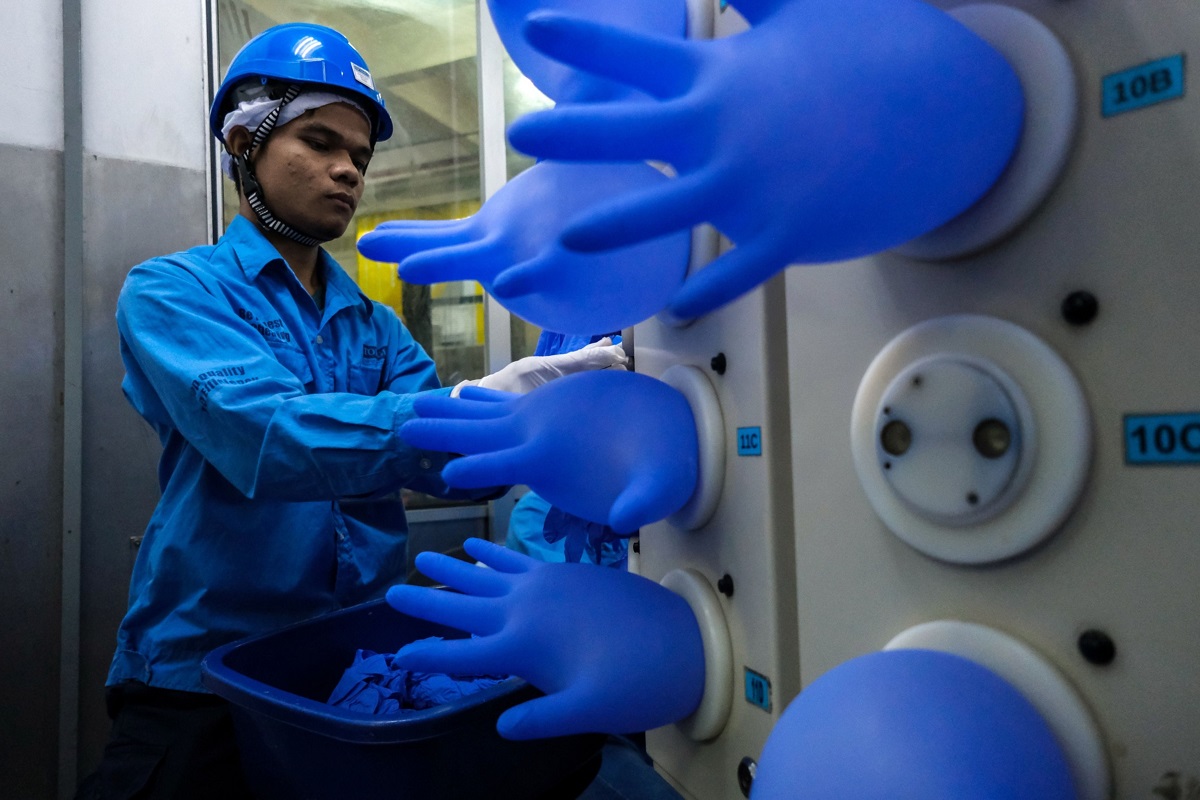 (Oct 16): Malaysian glove makers are threatening to supplant the once-mighty gaming companies in the nation’s benchmark equity index, thanks to the spectacular rally in their shares.

Supermax Corp and Kossan Rubber Industries may join bigger rivals Top Glove Corp and Hartalega Holdings Bhd in the 30-stock FTSE Bursa Malaysia KLCI Index after a review of gauge’s members in November or December, according to analysts at Maybank Investment Bank Bhd and Smartkarma. The two stocks are expected to replace casino giant Genting Bhd and its unit Genting Malaysia Bhd.

The likely entrants are already worth more than some of the gauge’s members by market value after the boom in glove demand during the coronavirus pandemic sent their shares to dizzying heights. Supermax has soared more than 1,400% this year, while Kossan’s stock has more than tripled.

The makeover of the Southeast Asian benchmark from one traditionally led by banks, utilities and gaming underscores huge investor demand for companies making hygiene products. Valued at RM76 billion, Top Glove is close to overtaking Malayan Banking Bhd as the biggest stock on the KLCI Index, and Hartalega is at third position. With the new additions, glove makers’ weighting in the gauge will jump to about 20% from around 15% at present, according to the two analysts.

“For every 100 dollars coming to KLCI Index, about 20 dollars are going to go into glove makers after the review,” Brian Freitas, an analyst at Smartkarma, said by phone from New Zealand. While the additions are happening after the sharp rally, there’s still a lot of visibility on demand for gloves, he said.

Malaysia this week imposed restrictions on movement in its capital city of Kuala Lumpur, administrative capital Putrajaya and in the states of Selangor and Sabah, as the country battles a spike in virus cases. The nation reported 589 new cases on Thursday.

Surging demand has spurred other companies to dive into the gloves business. Mah Sing Group Bhd, one of Malaysia’s biggest developers, said Thursday that it plans to acquire 12 new production lines to help reduce dependence on its property business impacted by the pandemic. The stock soared as much as 34% on Friday and prompted multiple analyst upgrades on the company’s shares.

Meantime, Genting and its units have started to cut pay and workforce due to the pandemic. Its market value has shrunk to RM11.7 billion from more than RM40 billion almost a decade ago. In contrast, Supermax’s market value has surged to RM27 billion this year, while Kossan’s has climbed to more than RM20 billion, Bloomberg-compiled data show.

The constituent changes will be implemented after the end of trading on Dec 18, and will be effective Dec 21, Maybank’s Head of Research Wong Chew Hann wrote in a note this month.