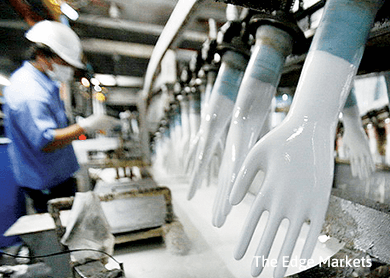 An analyst told theedgemarkets.com that apart from the strong performance by glove makers, which has inspired investors to buy, the interest rate hike by the US Federal Reserve also indicated that the US dollar will strengthen further.

"According to our technical analysis, most glove players have been cashing out on Dec 15 and 16. With the interest rate increase, investors expect the (US) dollar to strengthen.

"Since glove manufacturers are export-oriented and transact in US dollar, market traders are moved by such sentiments," she said.

On Wednesday, the US Federal Reserve announced the much-anticipated rise in interest rates to 0.25% after almost a decade.

"Investors are looking at Supermax, for which its second quarter will end on Dec 31, 2015. They are confident that the results will be good especially now because of the strengthening dollar," he said.