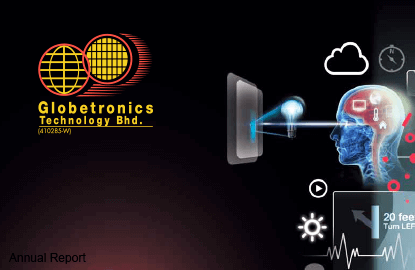 KUALA LUMPUR (March 14): AffinHwang Capital Research has maintained its “Buy” rating on Globetronics Technology Bhd (Globe) at RM5.38 with an unchanged target price of RM6.28 and said that while Globe’s 1Q16 results will likely be weak, the research house believes share-price selling pressure has troughed and expect a meaningful rebound once the new sensors begin commercial production.

In a note today, the research house said as Globe’s sensor business is expected to account for up to 56% of 2016E revenue, management guided that they have been continuously working to reduce risk exposure to the single end customer.

“In the works, is a collaboration for the introduction of several new sensor products to the Korean and Chinese smartphone manufacturers. Optimistically, this could take off as soon as the end of 2016.

“Reaffirm Buy. Globe is one of our top country picks,” it said.