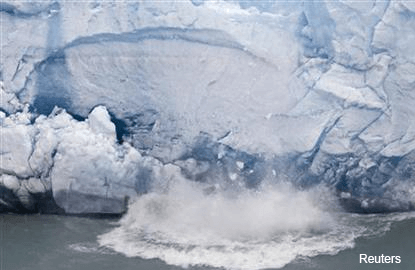 GLOBAL warming is a source of unprecedented deep risk for investors, with no easy answers.

Like wars or confiscation, global warming may be best thought of as a source of “deep risk,” a term coined by investor William Bernstein to describe those risks, unlike a cyclical stock market crash, from which an investor may not be able to recover.

Bank of England (BoE) governor Mark Carney on Tuesday urged insurance companies and others to get out in front of those risks, arguing that “once climate change becomes a defining issue for financial stability, it may already be too late.”

Carney called for more transparency about the carbon intensiveness of firms, as well as cautioning that insurance companies and others face potentially huge liabilities from severe weather, drought and disorder.

Carney also warned that 20% to 33% of global fossil fuel reserves could prove to be “un-burnable” as a result of regulation, imperiling the value of an industry which comprises about a third of all global equity and fixed income assets.

Speaking to a group — insurance companies — which must think in decades, his call is a tall order. For individual investors, even those saving for a retirement or bequest in the distant future, global warming is an even more difficult puzzle.

Carney argued that making carbon use transparent “allows sceptics and evangelists alike to back their convictions with their capital.” That formulation ignores that most investors aren’t so much sceptics about global warming as doubtful of their ability to anticipate how it might play out in financial markets.

Take the concept of stranded assets in the energy industry. That analysis depends on many things, chiefly that the world will decide to adhere to a “carbon budget” to cap global warming, resulting in policies which will make the stranded petrochemicals uneconomic. That’s certainly possible, and arguably desirable, but is a political outcome outside the scope of most investors to anticipate.

If we look for a read-across from other harmful industries, the idea that they will be starved of capital and collapse or do poorly as a result of regulation should give investors seeking to de-carbonise their portfolios little comfort.

A prudent investor in 1964, when the US Surgeon General first labelled tobacco harmful to health, might have concluded that cigarette company assets too would be stranded. Tobacco shares, however, have outperformed the US equity market by an annualised 4.5 percentage points — a huge margin — over the past 115 years, according to data from Credit Suisse and the London Business School.

Energy and gambling stocks have a similarly strong track record, perhaps because investors have to be induced with high risk premium to take on the burden of tight regulation and potential confiscation.

Putting one’s money where one’s principles are is admirable and requires no commercial justification, but a bet on a carbon budget is a risky one, in and of itself.

One potential reaction investors may have to global warming is to decide to take less risk. The classic playbook would be to “tighten up” like a poker player facing a tough table with few chips: you try to make smaller, surer bets and preserve capital for what you hope will be better times ahead.

Global warming, unfortunately, is a potential disaster of such scope that taking on less risk may actually backfire. The classic way to lighten up on risk would be to sell equities and buy safer assets, chiefly government debt. Yet governments themselves may be first in line to absorb the costs of climate change, which might both reduce tax revenues and create new and pressing public spending burdens.

Consultants Mercer, in a 2014 report on climate change, make the point that traditional asset allocation approaches are ill-suited to the issue, as they seek to optimise portfolios based on historic data on risk, return and correlation among asset classes.

As with its effect on government debt, global warming may alter much of these assumptions. How best to react is extremely unclear, though it may be possible to take precautions about sources of risk, like liability, while making small bets on sectors like timber and agriculture which may rise in value.

Carney turns an apt phrase, calling global warming “the tragedy of the horizon” because its remoteness and unpredictability can easily lead to inaction.

For investors, the problem is, if anything, more difficult, as they not only have to make assumptions about what will happen with the climate, but about the speed and shape of the policy reaction, something that is both everyone and no-one’s job.

Most will do very little at first, and then everyone will try to do the same thing at more or less the same time. — Reuters

The opinions expressed are those of the author, a Reuters columnist.