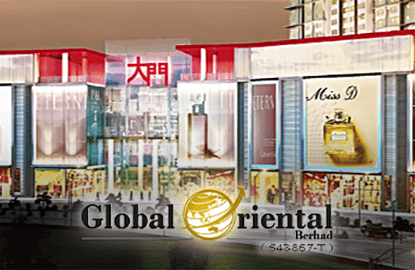 This article first appeared in The Edge Financial Daily, on June 7, 2016.

The group said it had been on the lookout for good opportunities to expand its property development activities.

“The proposed acquisition provides an opportunity for the Global Oriental group to increase the size of its land bank in order to enhance its future revenue and earnings,” the filing read.

“In view of the strategic location and good development potential of the land, the proposed acquisition is expected to contribute positively to the future earnings of the Global Oriental group,” it noted.

The proposed acquisition would be funded by a combination of internally generated funds and bank borrowings.

“The purchase consideration for the proposed acquisition of RM170.67 million is based on the selling price of RM14 per sq ft,” it noted.

It was arrived at on a willing-buyer and willing-seller basis, after taking into consideration independent valuer Azmi and Co (Shah Alam) Sdn Bhd’s valuation of RM180 million for the land, it added.

For illustration purposes, on the assumption that 70% or RM119.47 million of the total consideration is to be financed via bank borrowings, the pro forma net gearing position of the group — which was at 0.58 times as at March 31, 2015 — would rise to 0.85 times.

The proposed acquisition is expected to be completed by early November this year.