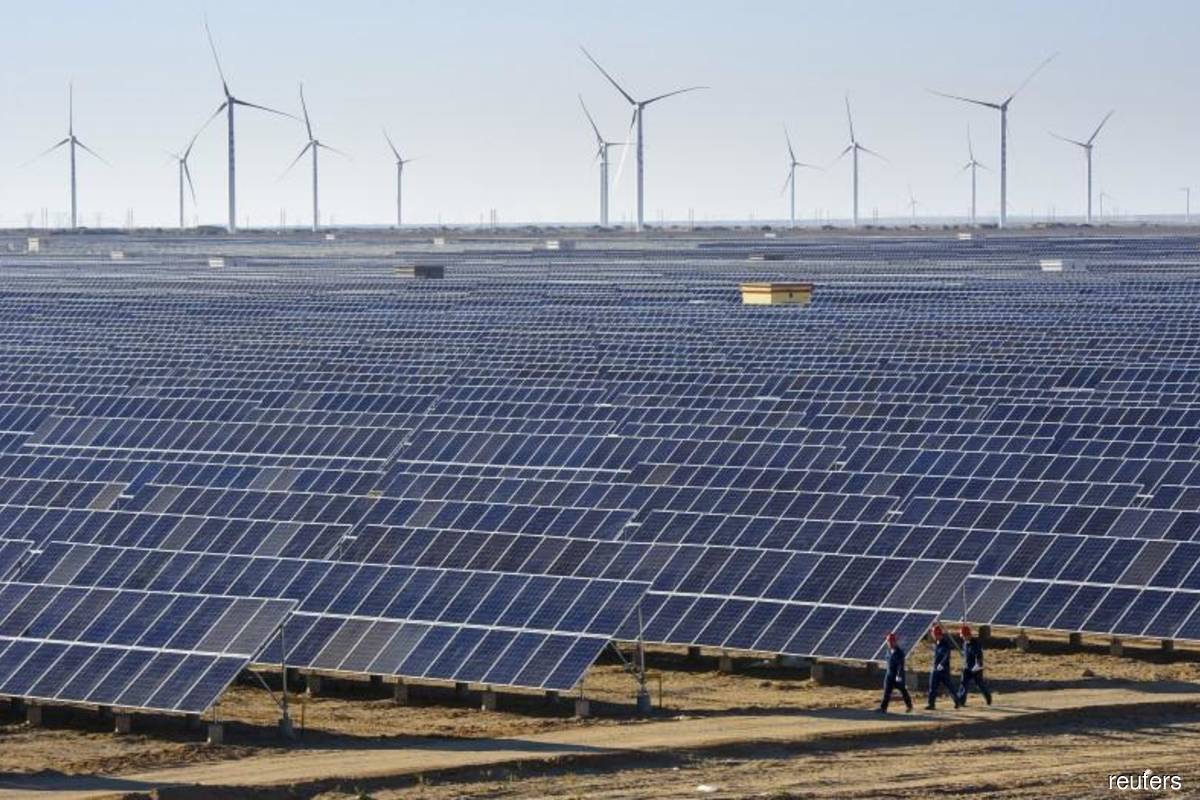 KUALA LUMPUR (Aug 3): Global investment in renewable energy (RE) totalled US$226 billion in the first half of 2022 (1H2022), setting a new record for the first six months of a year.

In a statement on Tuesday (Aug 2), research company BloombergNEF (BNEF) said the uptick in investment reflects an acceleration in demand for clean energy supplies to tackle the ongoing global energy and climate crises.

In its Renewable Energy Investment Tracker 2H 2022, BNEF said investment in new large- and small-scale solar projects rose to a record-breaking US$120 billion, up 33% from 1H2021.

It said wind project financing was up 16% year-on-year at US$84 billion.

The firm said both sectors have been challenged recently by rising input costs for key materials such as steel and polysilicon, as well as supply chain disruptions and rising financing costs.

However, it said the figures indicate that investor appetite is stronger than ever, in part due to the very high energy prices currently being seen in many markets around the world. BNEF head of analysis Albert Cheung said policy makers are increasingly recognising that RE is the key to unlocking energy security goals and reducing dependence on volatile energy commodities.

“Despite the headwinds presented by ongoing cost inflation and supply chain challenges, demand for clean energy sources has never been higher, and we expect that the global energy crisis will continue to act as an accelerant for the clean energy transition,” he said.

It said the country’s large-scale solar investments totalled US$41 billion in 1H2022, up 173% from the year before.

It also invested US$58 billion in new wind projects, up 107% year-on-year.

BNEF’s head of China analysis Nannan Kou said green infrastructure is the most important investment area that China is relying on to boost its weak economy in 2H2022.

“The investment growth trend follows China’s strategy to build new renewable generation capacity so that it can replace its existing coal fleet.

BNEF said offshore wind was another sector that saw a stark increase, with investment up 52% to US$32 billion from the previous year.

Offshore wind analyst at BNEF, Chelsea Jean-Michel, said investments in 2022 will flow into projects coming online in the next few years as the offshore wind installed base is set to grow tenfold from 53GW in 2021 to 504GW in 2035.

“Offshore wind projects enable companies and governments to make progress towards their decarbonisation goals at scale.

“The United Kingdom, France and Germany are just a few of the countries that have increased their offshore wind targets in the first half of 2022, signalling further support for investment in the technology,” she said.