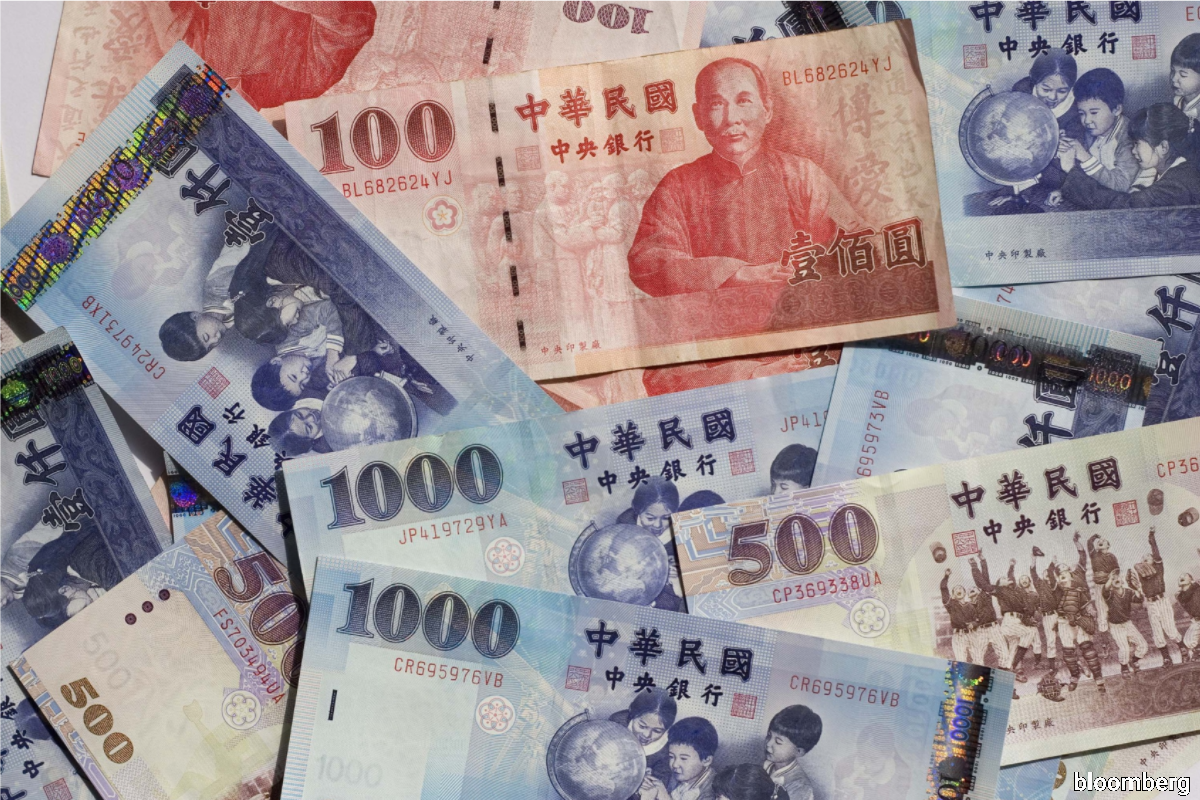 (July 4): Taiwan’s dollar just posted its worst first half of a year on record and analysts foresee more losses as overseas investors exit the island’s equities.

The currency, which has dropped about 7% this year, may extend declines to a two-year low of 30.3 to the US dollar by the end of September, according to Barclays Bank Plc. Credit Agricole CIB predicts it will weaken to 30 this quarter, versus Friday’s close of 29.755.

The bearish outlook is based on the $34 billion of foreign outflows from Taiwan equities this year, the most in emerging Asia outside China. Higher commodity prices and widening policy divergence due to Federal Reserve interest-rate hikes also threaten to roil the currency.

“We have a bearish outlook as portfolio outflows could remain a major drag,” said Lemon Zhang, a foreign-exchange strategist at Barclays in Singapore. “Headwinds from capital flows could continue from rising inflation fears, major economies’ tightening and higher US/developed-market yields.”

The Taiwan dollar isn’t the only currency coming under pressure in recent months. All of its emerging Asian peers are feeling the heat as the hawkish Fed lures capital toward the US and away from emerging markets.

While the Taiwan dollar appears to have formed a near-term bottom with support at its May low of 29.854 holding last month, there are reasons to believe further weakness lies ahead. Barclays predicts there may be outflows of about $8 billion in the coming months due to dividend repatriation by global funds.

Investors will be monitoring inflation data due Wednesday to see if any signs of acceleration prompt the central bank to become more hawkish. The monetary authority raised rates by a smaller-than-expected 0.125% last month as it tried to rein in inflation without exacerbating slowing growth.

“A defensive view is warranted in EM given the China slowdown, global shrinking of financial conditions and more cautious sentiment, and we therefore remain biased to a higher USD/TWD into the third quarter,” said Eddie Cheung, senior emerging markets strategist at Credit Agricole CIB in Hong Kong. 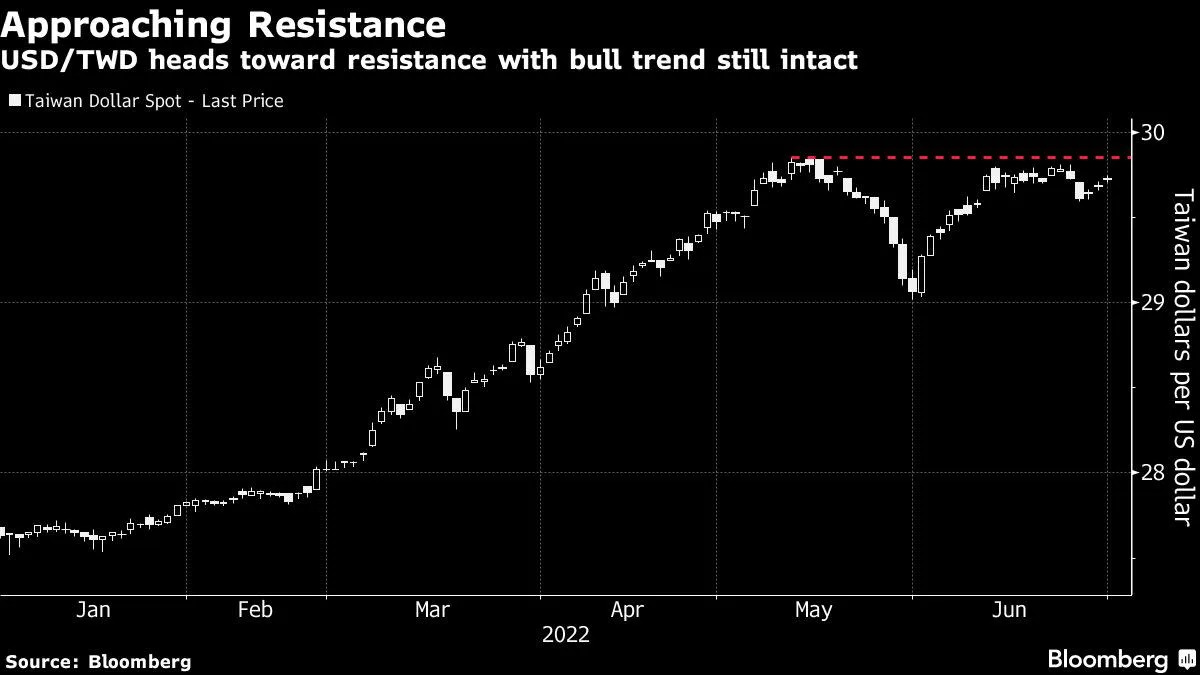