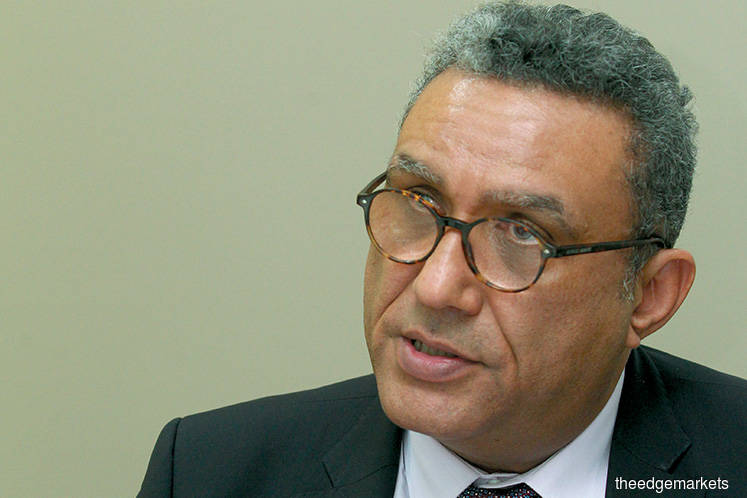 Driven by the burgeoning global economic recovery, robust corporate earnings and still-low interest rates, equity markets posted big gains last  year.  This  includes a 22.3% increase by the MSCI All Country World Index (ACWI), one of its best annual returns since 2007 (performance as at Nov 28 in US dollar terms and with dividends reinvested). What’s more, the gains have been relatively linear and broad-based.

On the macroeconomic front, real global gross domestic product growth is expected to improve from 3.2% in 2016 to 3.6% in 2017 — a high since 2011. Likewise, with a 13.7% gain forecast for 2017 (according to the Institutional Brokers Estimate System consensus), the MSCI ACWI’s earnings per share will have achieved the strongest gains since 2010. On the monetary front, major central banks have stuck to policies that at this point in the cycle are ultra-accommodating.

Equity markets are usually rather volatile. But last year, the MSCI ACWI took mostly a straight path — a gain of 7% as at end-March, 11.8% at end-June and 17.8% at end-September.

Here is how it unfolded. After rallying steeply until mid-March (7.5%), the market paused for breath until mid-April to digest the US Federal Reserve’s latest rate hike and President Donald Trump’s initial legislative setbacks, including the failed attempt to revoke Obamacare. The market then turned up again on excellent quarterly results and the oil price rally, with the latter helping to dissipate fears of disinflation.

MSCI indices have rallied in most regions. Based on a common currency (US dollar), performances have ranged from 19.7% in the US to 22.9% in Japan, 23.9% in Europe and as much as 35.9% in emerging markets. Asia led all emerging markets at 42.7%, ahead of Latin America (22.6%) and Europe, the Middle East and Africa (EMEA) at 18%. Equity markets’ performances in 2017 were also remarkable when compared with other asset classes, such as government and corporate bonds.

The global economy is expected to remain robust this year, expanding on the whole by 3.7%. This should lend support to corporate earnings, which in theory should drive equity markets higher, especially as the gradual normalisation of inflation should at the same time penalise the fixed-income markets.

However, some market segments have become relatively expensive, such as growth stocks. Meanwhile, some major central banks, such as the European Central Bank will begin — or like the Fed, step up the pace of — normalising their monetary policies.

Against this backdrop, market volatility, which has been extremely low thus far, could move back up in 2018. The reason for this is that volatility is a trailing indicator of monetary policy. All in all, while we are still constructive on the equity markets this year, investors will have to make sure they balance their portfolios properly between cyclicals and defensives while overweighting quality stocks to get the jump on the looming transition.

The markets do not generally anticipate the end of the cycle until a few months before the event. And as global growth is expected to remain robust this year, equities should perform well. But the road will not be as smooth and the risk-reward tends to worsen.

Among the factors in the equity markets’ favour, earnings growth should remain strong in 2018. After 13.7% in 2017, it should approach 10% this year, versus an average of just 3% from 2009 to 2016. In the US, where the recovery is furthest along, earnings growth is close to nominal GDP growth, that is, a little more than 4%. On top of this, there is the tax cut, the accretive impact of share buybacks and the lagging impact of a weak US dollar. After 10% in 2017, the Institutional Brokers Estimate System consensus projects 12% earnings growth in the US this year.

However, the markets’ upside potential is likely to be mitigated by often-generous valuations, monetary policy that henceforth will be less accommodating, and the expected resurgence in volatility.

All in all, we remain bullish on the equity markets in 2018, but still recommend diversifying portfolios. We have a preference for quality stocks that are less leveraged and, most important, less expensive than growth stocks.