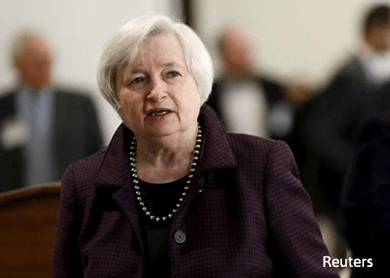 This article first appeared in The Edge Financial Daily, on December 18, 2015.

THE Federal Reserve deserves praise for managing once again to carry out a tricky transition without causing disruptions in financial markets and creating too much risk for the real economy.

Sustaining this success will require more than just the central bank’s continued responsive policy making. Much will depend on fiscal policy and structural reforms in the US, as well as the ability of financial markets to reconcile the divergence between Fed policy and the actions of other systemically important central banks (particularly the European Central Bank, the Bank of Japan and the People’s Bank of China).

In August 2010, the Fed pivoted from policies aimed at normalising financial markets to actions that would allow it to deliver broad macroeconomic outcomes almost signal-handedly. When that shift began, I doubt that many Fed officials expected to be dragged so deep into experimental policy measures, or for these initiatives to last as long as they did. As the extent of the bank’s involvement in unconventional policies became evident, there were mounting concerns about whether it would be able to exit them without causing immediate market distress.

These concerns were amplified by two factors.

• The Federal Reserve continued to be the “only game in town”. It received little support from other policy-making entities as political polarisation in Congress paralysed both fiscal policy and structural reforms. This required the Fed to continue to carry an enormous policy burden even though it did not have the tools that were best suited to the task.
• Markets responded with what has been dubbed the “taper tantrum” in May-June 2013 after Fed chairman Ben Bernanke signalled on May 22 that the bank would gradually reduce its support of the economy via its quantitative easing (QE) programme involving large-scale purchases of securities. For about six weeks after Bernanke mentioned the desire to taper, markets slipped into a disorderly behaviour pattern that erased trillions of dollars of value and challenged their efficient functioning.

Thanks to yet more experimentation, comprehensive testing of policy tools, and lots of communication — some very effective, some less so — the Fed succeeded in first exiting from its QE programme and on Wednesday was able to hike interest rates for the first time in almost 10 years.

As Fed chair Janet Yellen noted on Wednesday, this historic decision signalled the “end of an extraordinary seven-year period of near-zero Fed Funds rate.” Importantly, this signal was packaged in dovish wrapping, including repeated emphasis that the increases would be gradual. In other words, the Fed indicated that this would be the “loosest tightening” in its modern history.

If the US economy were left to its own devices, the Fed would stand a good chance of completing its policy normalisation process without undue financial and economic stress. But without the support of other policy-making entities, the central bank would have to act in a context of rather low growth and pressure on future growth potential. It would also have to be on the lookout for risks to financial stability on the basis of market valuations that are not being validated quickly enough by improving fundamentals.

The Fed also finds itself operating in a fluid and unusual global environment, characterised by multi-speed growth and unusual political uncertainty, and now subject to greater divergence of monetary policy among the most influential central banks. With political divisions preventing other types of policy adjustments from reconciling this divergence in a smooth fashion, the role falls primarily to financial markets that have a lot less inherent liquidity these days.

The rate decision constitutes an important further step in normalising monetary policy after the trauma of the global financial crisis. But it is not an occasion for the Fed, or anyone else, to proclaim “mission accomplished.” The path ahead remains tricky for the global economy. — Bloomberg