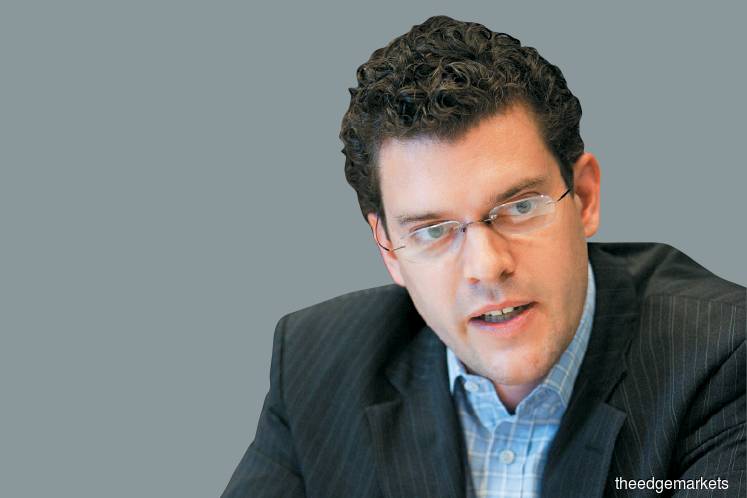 Global bond investors with substantial duration risk in US treasuries could be sitting on thin ice as US interest rates and treasury yields may move meaningfully higher in the near future. With US treasuries, you have low returns but potentially high risks.

As we see it, bond markets that look most attractive are those in select emerging markets (EMs), such as India, Indonesia, Argentina, Brazil, Colombia and Mexico, whose local currency-denominated government bonds are offering attractive real yields plus potential currency appreciation.

Not all EM bonds, however, are worth investing in. It is advisable to be cautious on the US dollar-denominated ones, which are very tied to US treasuries and vulnerable to selloffs when interest rates move higher. That has not happened yet. But when it does, the EM hard currency debt space looks very vulnerable.

Currently, our investment strategy is to maintain low duration risk, hold negative duration exposure to US treasuries, position portfolios to extract the attractive yield pickup in select local currency-denominated EM debt, and have exposure to undervalued and fundamentally sound currencies that are poised for appreciation.

ALL SIGNS POINT TO A RISE IN tREASURY YIELDS

In the US, many economic indicators suggest that interest rates are poised to move higher. There are some big shifts going on in the US labour market, where the unemployment rates are back to pre-crisis levels. There is no question that the US is now back at full employment.

Today, job openings are exceeding hiring rates, reflecting an extremely robust labour market. The ensuing outcome of labour shortages in an economy is wage price inflation. If companies cannot find labour, they will have to offer a higher salary and that will push up wage inflation.

US consumer prices in general are likely to trend higher on the back of a robust economy, which continues to grow at a sustainable rate of above 2%. Over the next one or two years, growth and inflation will surprise on the upside, and the US Federal Reserve will continue to normalise interest rates.

All in all, firming inflation, continuous rate hikes by the Fed and the unwinding of its balance sheet will drive US treasury yields significantly higher going forward. Our portfolios are currently holding negative duration exposure to US treasuries through interest-rate swaps.

Certainly, the macro indicators would not be consistent with a 10-year treasury yield of 2%. Perhaps, they would be more consistent if the 10-year yields were 3.5% to 5%. The markets will drive the yields higher regardless of the Fed’s timeline on rate hikes.

SHORTING THE EURO AND YEN

Currently, the Fed is tightening its monetary policy with interest rate hikes while the European Central Bank (ECB) and Bank of Japan (BoJ) continue to pursue an ultra-accommodative monetary policy stance with ongoing quantitative easing.

With US rates and yields on the rise — while those in the eurozone and Japan remain stagnant at rock-bottom levels— the US dollar fundamentally should strengthen against the euro and the yen, due to widening rate differentials.

A short position on the euro is a very cheap hedge against all the potential problems in the eurozone. I don’t think the markets really appreciate how bad things are socially and politically in Europe.

In Europe, factors such as immigration issues, the refugee crisis and terrorism threats have fuelled the rise of populism and nationalistic ideologies of politicians. Furthermore, the eurozone economy still looks vulnerable should exogenous shocks occur. In the near term, the euro to US dollar exchange rate could easily move to 1.05 to 1.10 from current levels. But if we really have a bad political event in the eurozone, then the euro/USD could drop even lower.

We are also bearish on the yen against the greenback. We are shorting the yen simply because Japanese interest rates need to stay low. The BoJ is currently implementing a 0% target for the 10-year Japanese government bond yields. The central bank just needs to keep interest rates at 0% and when US rates go to 3% to 3.5%, the interest-rate gap will push the yen down.

On the whole, we are positive on specific emerging markets, namely India, Indonesia, Argentina, Brazil, Mexico and Colombia, all of which are domestically driven and embracing structural reforms. Their governments and central banks are also pursuing orthodox policymaking.

Indonesia and India, for instance, have improving fundamentals and strong domestic consumption, and are not vulnerable to global trades following structural reform agendas in both countries. There are massive reforms in India. For instance, the Indian government is reforming the whole tax system, creating bankruptcy laws, implementing inflation targeting by the central bank and clamping down on illegal money.

Elsewhere, Argentina, Brazil and Colombia are at an early stage of structural reforms and economic recovery. We have seen a really big shift in Brazil and Argentina towards more orthodox policies and a rejection of populism.

Indeed, Argentina’s economy was in disarray from a long time, plagued by hyperinflation, recessions and growing fiscal deficits. Then came Mauricio Macri (former chief of the Buenos Aires government from 2007 to 2015), who became Argentina’s president in 2015 after winning the presidential runoff ballotage. Macri’s new government is allowing the Argentine economy to breathe again. He has taken away prohibitive regulations and opened the country up for investments.

Under Macri’s leadership, Argentina came out of recession. Inflation has dropped significantly while foreign reserves have surged. Argentina’s local currency government bonds are yielding between 13% and 25%. There are higher risks, but there are yields of 25% and a growing confidence in its new government.

Likewise, Brazil has shown prudence in its policies and commitment to its reform process. The country is moving through some pretty big reforms that have not happened for decades. It is going through an anti-corruption drive, which has been very effective at getting rid of the old ways. We are starting to see the economy turn.

For Mexico, trade ties with the US are still deeply entrenched, despite the recent rhetoric of US President Donald Trump. The US relies on Mexico massively. To pick a trade war with Mexico, the US will probably end up shooting itself in the foot. Despite the political rhetoric around it, I don’t think the US will rip up the North American Free Trade Agreement.

Overall, we are sanguine on the long-term prospects of the Mexican and Argentinian pesos as well as the real, rupee and rupiah.

AREAS TO AVOID AND CONCERNS ON CHINA

In recent years, we have exited from our bond positions in Poland and Hungary, which are becoming nationalistic and embracing populism. Hungary and Poland used to be orthodox. But now, they are going ultra-nationalist and becoming very market interventionist. Elsewhere, we are cautious on Turkey and Venezuela.

We are also avoiding externally dependent Asian currencies, such as the South Korean won, which are highly leveraged to China. The team is still holding on to South Korean government bonds, but has hedged out its portfolio’s exposure to the won.

Of late, we have become increasingly concerned about the potential risks emanating out of China. Over the next two or three years, its rate of growth will require almost five times more credit to generate one unit of gross domestic product (GDP). Between 2008 and 2009, China pumped in tons of money and was almost getting one-for-one growth. Each unit of credit was able to generate almost one unit of GDP. Now, the use of credit as a stimulus is getting less and less effective. If China fails to rein in its huge dependence on credit, its ability to intervene and stimulate its economy could prove to be less effective if exogenous shocks happened.

However, such concerns will only be more pertinent over the next few years as China’s near-term outlook looks fairly stable. Over the next couple of years, we need to prepare a portfolio that can weather a synchronised economic downturn in the US, China and Europe. But between now and then, select emerging markets will do very well.