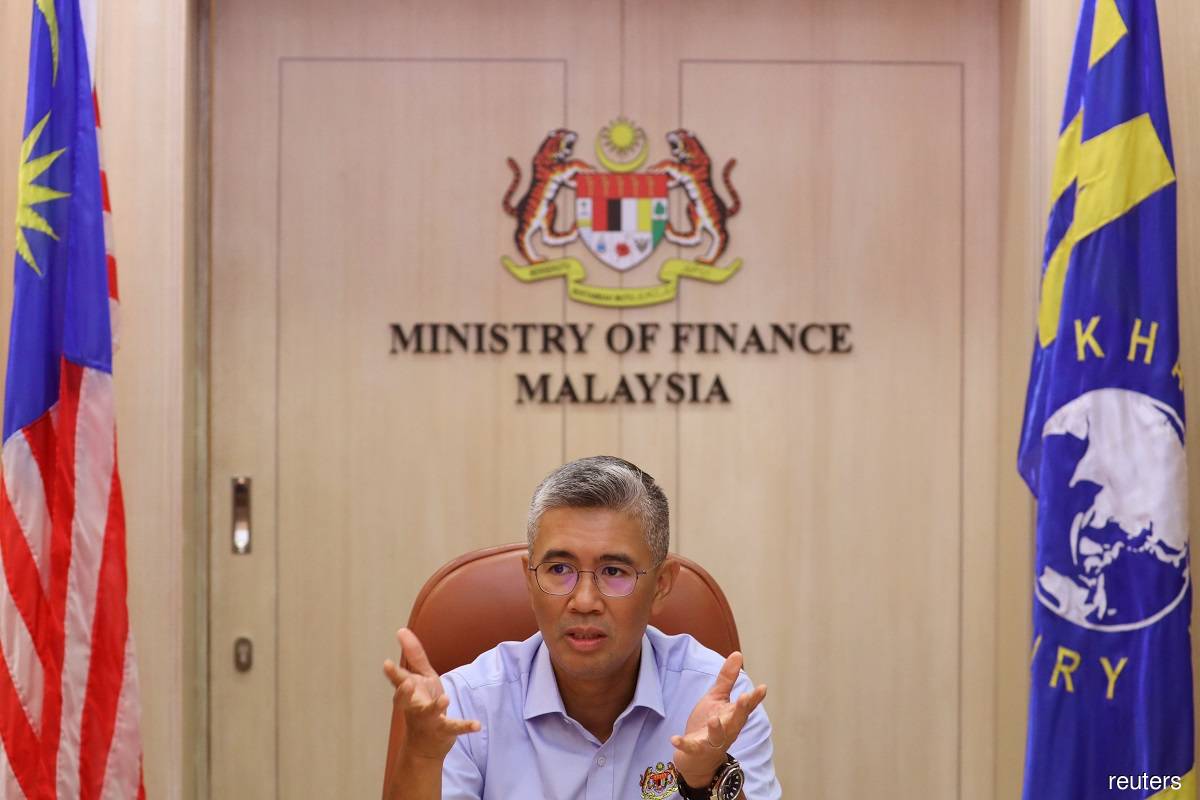 KUALA LUMPUR (June 5): Fighting the Covid-19 war is more of a marathon than a sprint; therefore, providing a blanket moratorium is like using a sledgehammer to crack a nut, said Finance Minister Tengku Datuk Seri Zafrul Abdul Aziz.

He questioned the need to deploy “more resources than necessary” when the journey ahead could potentially be both long and challenging.

“Knowing that those who need temporary relief have options and those who can afford it have resumed repayments, is a blanket moratorium a smart thing to reinstate, particularly when we know we must optimise our resources?” he wrote in a commentary published in The Star today.

Repeating the blanket moratorium also means that the government may need to significantly compensate banks for a measure that was not even necessary in the first place, he said.

He noted that while the Emergency (Essential Powers) Ordinance 2021 allows the government to acquire and mobilise any resources necessary for public good, any compulsory measure must be matched by a compensation to the party that has yielded its resources.

He argued that giving a blanket moratorium does not make financial sense, particularly in a resource-tight situation for a potentially lengthy war against an enemy that could mutate without warning.

“I would rather direct those resources in the form of aid or subsidies to the rakyat and business segment that need them the most,” he added.

On his being quoted in the media recently as saying that the government cannot compel banks to give a blanket moratorium, Tengku Zafrul said this was subsequently taken out of context by “opportunistic quarters promoting their populist agenda”.

He clarified that under the Central Bank of Malaysia Act 2009 (CBA) and the Financial Services Act 2013 (FSA), the Minister of Finance does not have the authority to instruct the banks to give an automatic moratorium.

Further, he said under the current Emergency Ordinance, any new legislation has to be approved by the cabinet and then presented to the Yang Dipertuan Agong for His Royal Highness’ assent.

He said even if the government decided to play the “populist card” and force the country’s business community to reimpose measures such as a blanket moratorium, the risks would be investors’ confidence being affected in Malaysia’s policies for the long term.

As the rule of law is necessary for a stable market, the government’s indiscriminate invoking of Emergency powers might result in parties being forced to break or amend contracts, which would in turn seriously impact future business and investments, Tengku Zafrul said.

He said this might also have far-reaching implications which might lead to a run on the country's capital markets and cause an outflow of funds which could, in turn, affect the ringgit’s value and increase the cost of doing business collectively, causing grave, long-term repercussions to the nation’s economy.

“We already have a public health and economic crisis to manage; why throw a potential financial and banking crisis into the mix?” he asked.

The minister said it is “neither fair nor responsible for the government to take all these risks just for the sake of enabling a blanket moratorium for everyone, particularly when we know that at least 80% of borrowers do not need it and banks are already giving or offering targeted assistance to borrowers that really require this relief”.

Recalling the first Movement Control Order (MCO 1.0), Tengku Zafrul said at that time, little was understood of the virus and, with vaccines still a pipe dream, no one in the world knew how to contain it.

During that period, the government dished out various measures, including a six-month automatic blanket moratorium that Bank Negara Malaysia and the banking sector agreed to provide for all borrowers.

“Everyone enjoyed it, from the B40, M40 and T20, to businesses, big and small. Whether they needed it or not, the rich, the elite, big corporates and even companies recording massive profits, benefitted,” he said.

After the moratorium ended in September 2020, about 85% of borrowers resumed repayments, which Tengku Zafrul said is “a strong indication that most Malaysians were able to continue paying their borrowings.”

Since then, he said, the banking sector has strategically focused on the 15% of borrowers who are struggling by offering options of between a three-month moratorium or a six-month 50% reduction in repayment in Budget 2021, which were extended through subsequent aid packages like PERMAI, PEMERKASA and PEMERKASA Plus.

He said a good number of borrowers have also been granted other repayment options specific to their financial circumstances.

“Further, in addition to the Budget 2021 initiatives worth RM322.5 billion and the recently announced RM40 billion PEMERKASA Plus aid package, more than RM100 billion worth of ongoing measures are still available from previous packages to support the people, businesses and the economy,” the minister said.

Meanwhile, Tengku Zafrul said, MCO 3.0 presents another major economic-public health quagmire, but the big difference this time is that much more is known about the virus and many companies managed to switch to work from home mode quickly, while numerous businesses with e-commerce capabilities dialled up on their online offerings.

While acknowledging that infection numbers are higher than 2020, he said the national vaccination plan has also been accelerated to achieve 150,000 doses per day by end-June, setting the country firmly on the path towards achieving herd immunity by end-2021.

He further argued that bringing back a blanket moratorium would end up hurting the public itself, as the key investors or largest shareholders of banks in Malaysia are actually public institutions investing and managing funds on behalf of Malaysia.

“This unnecessary self-destructive, over-specified solution to the issue at hand is like cutting off our nose to spite our face.

“In short, it is the general rakyat who ‘own’ the banks. Ultimately, it is the rakyat who will get lower dividends from EPF, Amanah Saham Bumiputera (a fund under PNB) or Tabung Haji etc, if banks suffered losses through a blanket moratorium,” he said.

The minister said giving blanket moratorium would mean that banks would not receive loan repayments to lend to others but must still pay the interest/profit to depositors.

He said bank profits are also used to build capital buffers so that they could continue lending to support the economy despite loan losses.

“Without these buffers, lending will be severely constrained. This disrupts the virtuous cycle and halts the ensuing economic benefit that could be created from the efficient movement of capital.

“By ensuring that the banking sector helps all those in need, the government and Bank Negara are not only protecting depositors, shareholders and borrowers, but also ensuring that capital in the financial market ecosystem is efficiently utilised for economic growth. This is the best win-win situation,” he said.

He added that part of his responsibility as a finance minister is to avoid decision-making based on narrow short-term interests meant to serve a populist agenda and do what is right for the people, the country’s market stability and long-term benefit.