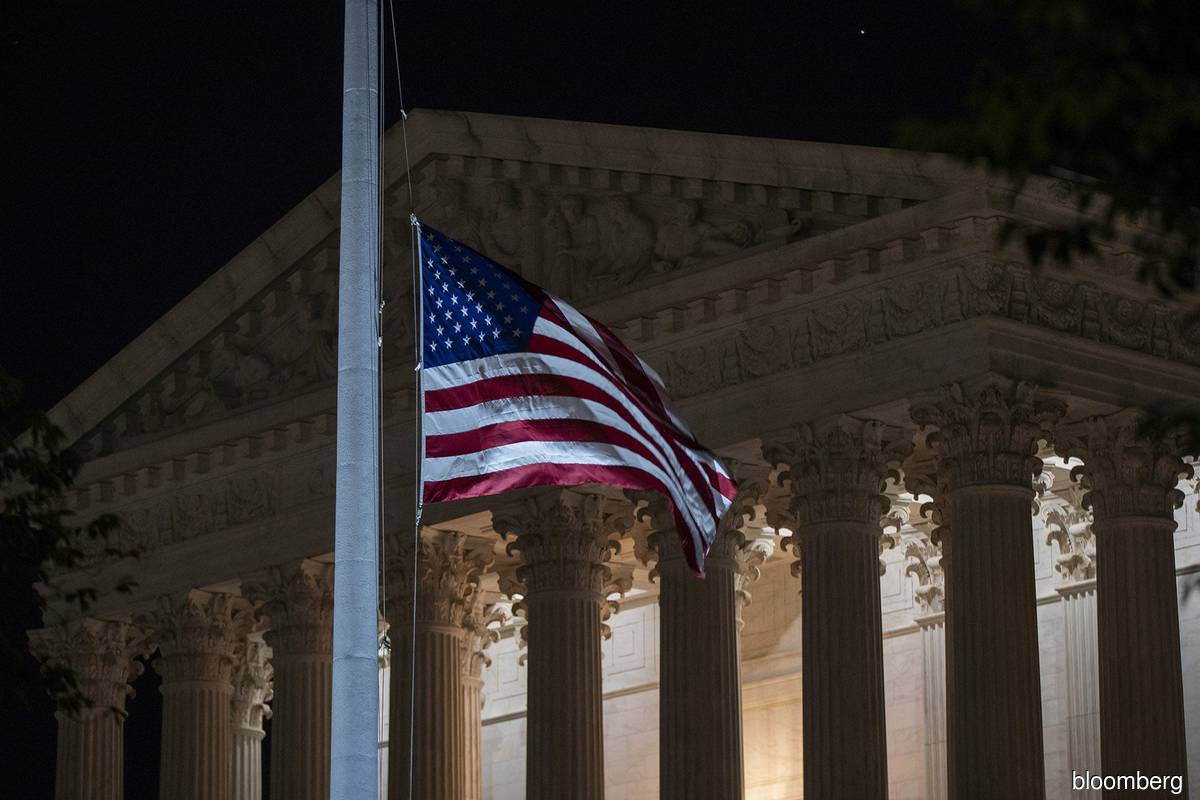 For Trump and his Republican allies in the Senate, the vacancy lets him change the subject away from the coronavirus pandemic that has imperiled his odds for winning a second term. Now, they can offer their base a chance to tighten the conservative majority on the high court for years to come.

Yet Biden and Democrats can seize on the moment, too, invoking Ginsburg’s legacy to spur turnout on Nov. 3 and give liberals a fresh reason to vote out Trump. Democrats had contributed more than $20 million to ActBlue in four hours after Ginsburg’s death was announced.

Jim Manley, a former top aide to ex-Senate Democratic leader Harry Reid, said he hopes Democrats “wake up” to the importance of the Supreme Court.

“The reality is that Republicans have always taken judicial nominations more seriously than Democrats,” he said. “My hope is that that actually changes with this shocking news. Whether it does or not remains to be seen.”

The president had already begun to make the court a campaign issue, releasing a list of potential candidates just last week. He will push ahead with another nomination in the final weeks of his first term, and if he succeeds, he will have selected three justices in just four years.

“This resets the race,” said Republican donor Dan Eberhart. “We are not running solely on the Covid response and the economy anymore.”

Biden has rarely spoken about the Supreme Court except to commit to nominating a Black woman to the bench if he gets the opportunity. Now he has to seize on the issue as well, and Democrats were already showing signs they were willing to join him.

Trump was widely expected to move ahead with a nomination, and Senate Majority Leader Mitch McConnell quickly vowed that the Senate would vote on it.

“President Trump’s nominee will receive a vote on the floor of the United States Senate,” McConnell said.

Democrats said McConnell should abide by the rules he set out in 2016, when he refused to hold a hearing for President Barack Obama’s Supreme Court nominee, Merrick Garland, after the death of Justice Antonin Scalia nine months before Election Day.

“There is no doubt -- let me be clear -- that the voters should pick the president and the president should pick the justice for the Senate to consider,” Biden told reporters late Friday. “This was the position that the Republican Senate took in 2016” and “that’s the position the United States Senate must take today and the election’s only 46 days off.”

‘Not subject to politics’

Biden, who as chairman of the Senate Judiciary Committee presided over Ginsburg’s confirmation hearing, added in a written statement: “We are talking about the Constitution and the Supreme Court. That institution should not be subject to politics.”

Democrats are still smarting over the confirmation to the court in 2018 of Justice Brett Kavanaugh, who was questioned over sexual assault allegations from his high school years by, among other senators, Kamala Harris, now Biden’s running mate. She remains a member of the Judiciary Committee.

That loss, however, contributed to big wins in the midterm elections to the House, but the Senate expanded its Republican majority.

Candidates running against key Republican senators were also gearing up for action. Demand Justice, a progressive group focused on making the courts a key issue for Democrats, announced it plans to spend $10 million on an advertising campaign pressuring the Senate not to confirm a nominee until after the presidential inauguration on Jan. 20.

Trump last week added 20 names to his list of potential high court nominees. Early in his term, he’d identified 26 prospects, including the two justices confirmed during his presidency, Neil Gorsuch and Kavanaugh.

One name that has emerged as a front-runner is 7th U.S. Circuit Judge Amy Coney Barrett, a favorite of social conservatives.

Trump has often touted those appointees as a way to maintain support among White evangelical Christians, a crucial bloc that helped his 2016 White House bid. He’s spoken about Supreme Court justice appointees in the context of defending issues that those voters value, such as abortion.

“Over the next four years, America’s president will choose hundreds of federal judges and, in all likelihood, one, two, three and even four Supreme Court justices. The outcome of these decisions will determine whether we hold fast to our nation’s founding principles or whether they are lost forever,” he said.

Trump and Republicans have struggled to change the election conversation from a referendum on his handling of the coronavirus pandemic. Trump’s campaign spent the summer almost entirely focused on a law-and-order theme while protesters demonstrated for racial justice, but it backfired.

“This will be the overarching issue in not just the 2020 presidential election, but also in several Senate races that may decide who controls the Senate in the future,” said Ed Rollins, a Republican strategist who heads the pro-Trump Great America PAC.

“This will drive voters to the polls in massive numbers on both sides,” Rollins said. “It will also dominate the airways and certainly will be a major factor for the rest of this campaign.”

Still, the vacancy may not necessarily be a boon for Trump because it is likely to galvanize voters on both sides of the aisle, said Brendan Buck, a Republican strategist.

“It will help shore up constituencies he needs. Battle lines are going to be drawn. But it will fire up folks on both sides, and my guess is it’s a wash at best for the president,” he said.