Getting democracy to work again 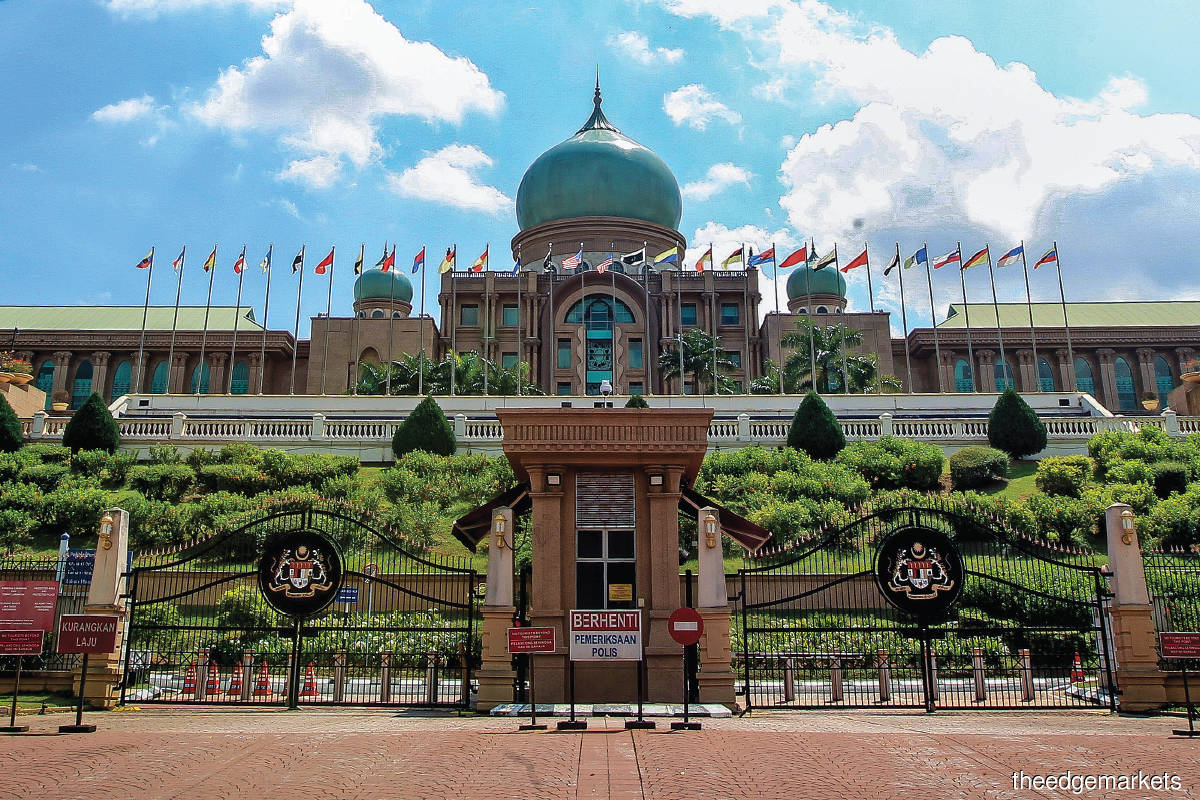 Bersih 2.0, the coalition for clean and fair elections, recently launched its #Ketuanan Pengundi campaign aimed at restoring the supremacy of voters

IN an email interview with The Edge, Bersih 2.0 chairman Thomas Fann explains the reasons for the campaign and what it hopes to achieve.

The campaign brings attention to key reforms that are needed to make the democratic system function effectively. In essence, it comprises six demands to strengthen the rights of voters and level the political playing field for all parties.

Part one of the interview last week focused on the first two themes. This week, in the concluding part, we look at the remaining issues. Fann: A long-term goal of Bersih is to push for local democracy, where citizens can participate in matters that directly affect their daily lives

The Edge: Why is it important to restore the Parliamentary Services Act (PSA)?

Thomas Fann: The PSA ensures that parliament as the legislative arm of the government has control over its own budget, administration and staffing, instead of being controlled by the prime minister (PM) and the Cabinet. It was repealed in 1992 under the then PM Tun Dr Mahathir Mohamad and, over the years, there have been calls for its restoration. It is promised under the memorandum of understanding (MoU) signed between the government and Pakatan Harapan (PH) recently.

Much of the political instability in the past 1½ years has been over the attempts by the then PM Tan Sri Muhyiddin Yassin to stifle the functioning of parliament in order to cling to power. It reveals the importance of this institution as a check and balance on prime ministerial abuses, and a reformed and empowered parliament through the restoration of the PSA would ensure that no PM can abuse his/her power.

What changes to the Parliamentary Special Select Committees (PSSCs) does Bersih wish to see?

PSSCs are where the real work of parliament should be done. Bills need to be discussed by members of parliament (MPs) from all parties before they are brought to debate in the main hall. PSSCs also have the power to call any government ministers or agencies to give an account of the matters they are responsible for. This makes parliament an effective scrutineer of the government. We would like to see more PSSCs formed on top of the current nine and to see these PSSCs properly resourced with staff and funds to do research. The composition of the PSSCs should also reflect the strength of the parties within parliament.

What amendments to the Parliamentary Standing Orders (SO) are important at this time?

One of the most urgent amendments to the SO is to allow PSSCs to meet virtually or in a hybrid manner, so that Covid-19 cannot impede the functioning of these committees. There are members who are restricted either because they are Covid-19 positive, close contacts under quarantine or due to quarantine requirements by the states they are coming from. Especially in the cases of Sabah and Sarawak, MPs are greatly inconvenienced if they can only attend PSSC meetings in person in Kuala Lumpur. The other SO that needs amendment is to remove the discretionary power of the Speaker to allow or disallow the tabling of a no-confidence vote.

What are Bersih’s concerns about the state of civil rights, namely freedom of expression, assembly and association, in the current political climate?

The freedom of expression, association and assembly are fundamental rights in a democracy. With the Covid-19 pandemic, we have seen an increase in the suppression of these rights in the name of controlling the spread of the virus. While we acknowledge that there are legitimate needs to restrict movement, we are concerned that people’s right to express differing views on the pandemic or politics, and their legitimate right to assemble peacefully and safely, have been suppressed. The #Lawan protesters [seeking to express dissent against the handling of the pandemic and erosion of the democratic process] were harassed and arrested by the police instead of being facilitated so that they could exercise their constitutional right to assemble peacefully and, in a health crisis, safely.

How is Bersih planning to push for the adoption of the Independent Police Complaints and Misconduct Commission (IPCMC)?

Police misconduct smears the reputation of the police and undermines public trust in our law enforcement institution. To protect this key institution, any alleged or suspected misconduct must be independently investigated and if wrongdoings are found, appropriate actions must be taken. We will work closely with and support the campaign of other civil society partners who are monitoring police brutality, corruption, extrajudicial killings, enforced disappearances and death in custody cases.

What are the concerns about the use of prosecution as a political tool?

The Attorney-General (AG) is appointed by the PM to provide legal advice to the government, the Yang di-Pertuan Agong (YDPA) and parliament. And yet, the AG is also the Public Prosecutor (PP) and the sole authority to decide on cases to prosecute. This is clearly a conflict of interest. We have seen questionable and suspicious politically motivated decisions to not pursue cases or drop charges against those who are aligned with the PM. This goes against the principle of rule of law.

How should the AG’s Chambers, Malaysian Anti-Corruption Commission (MACC) and Inland Revenue Board (IRB) be reformed to insulate these institutions from political influence?

For the reform of the AG’s position, we propose that the role of the PP be removed and that the PP should be an independently appointed person free from Executive influence. Key appointments to the MACC and IRB should be made through a PSSC in parliament and placed under the oversight of parliament.

What is Bersih’s proposal for the reform of appointments to key positions in the public service?

Many of the key appointments today are made at the sole discretion of the PM, who then advises the YDPA to make the appointment.

For certain institutions like the Election Commission, MACC, Judicial Appointments Commission (JAC), Malaysian Human Rights Commission (Suhakam) and IPCMC (should it be formed), where it is possible and necessary for appointees to come from outside these services, there should be a Public Appointments and Removal Act to govern the appointment and removal process of key public officers. The proposed law should provide for an independent Advisory Assessment Panel (AAP) headed by a civil society representative to interview and recommend candidates to the minister, who can either accept the recommendation or refer the matter back to the AAP, but only once. Then the minister would nominate the candidate to the relevant PSSC in parliament to further scrutinise the candidate before this person can be appointed.

What more needs to be done to ensure judicial independence?

The PM should have no role in the appointment and removal of commissioners to the JAC, as he does right now. The PM retains sole discretion to appoint and remove five of the nine members of the JAC and they lack security of tenure. The Federal Constitution should be amended to give JAC constitutional status and the ability to make recommendations to the YDPA directly for appointments instead of going through the PM. The composition of the JAC should also be restructured, apart from ex-officio members of the Judiciary, to include representatives from the Bar Council, Sabah Law Society and Advocates Association of Sarawak, civil society and academia.

How does Bersih plan to promote democracy in local government?

Together with other civil society groups, Bersih formed Gabungan Demokrasi Tempatan (DEKAT) in 2019 to advocate for local democracy. We encouraged and were consulted on village head elections and participatory budgeting exercises. We plan to build a network of local citizens groups throughout the country and assist them in their engagement with their local authorities.

What does participatory budgeting involve?

This is a form of deliberative democracy and in keeping with the whole-of-society approach as outlined by the YDPA, where budgetary decisions are made only after proper consultation with communities within the local authority’s jurisdiction. This involves providing residents with access to information, ensuring the consultation process, opportunities to monitor progress and evaluation. This would lead to better delivery of services and ratepayers who are satisfied and have a sense of ownership over their communities.

In which areas should greater decentralisation be introduced as a priority and what steps should be taken towards that end?

A major obstacle to greater local democracy, and even the restoration of local council elections, is the current over-concentration of power in Putrajaya. If the governing of councils and appointment of local councillors are removed from the purview of the state government, it would practically render the state assemblies redundant. A review of the Ninth Schedule of the Federal Constitution is needed to restore more substantial rights to the states, so that power can be decentralised and the spirit of Federalism enhanced. This is a long-term goal of Bersih to push for local democracy, where citizens can participate in matters that directly affect their daily lives.