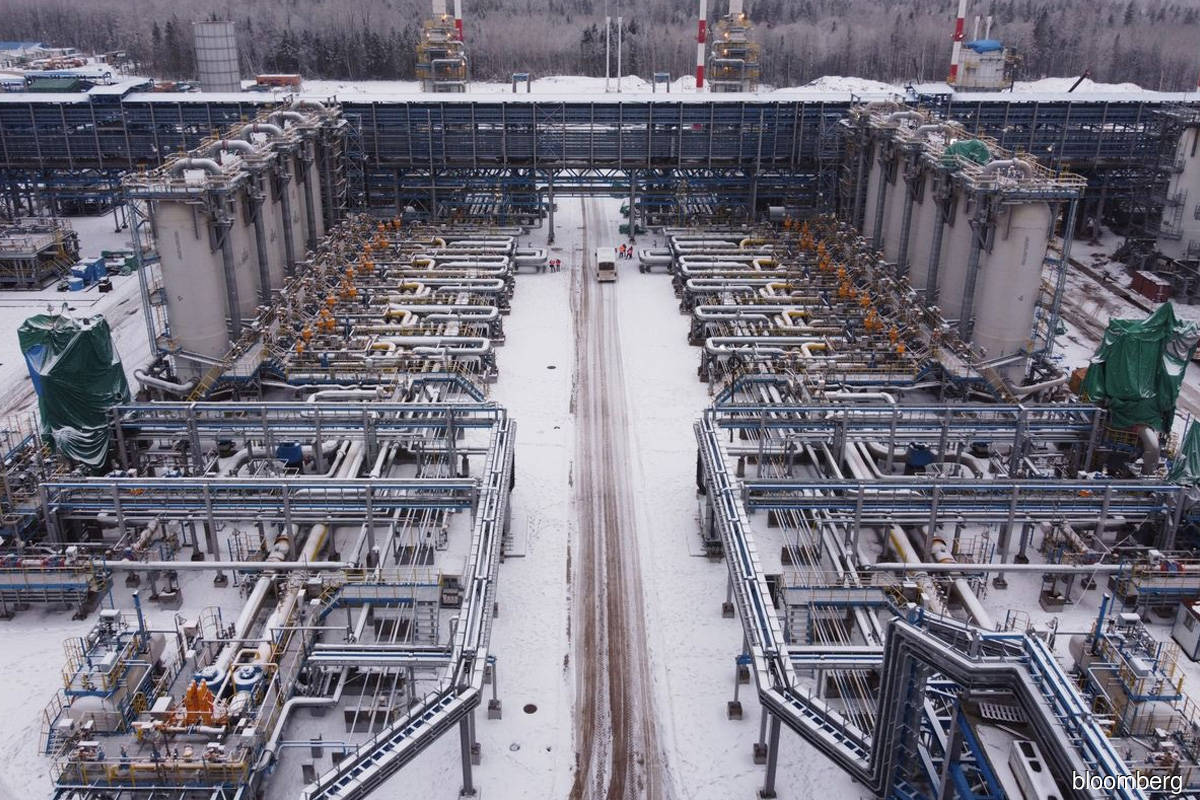 (June 24): Germany warned that Russia’s moves to slash Europe’s natural gas supplies risked sparking a collapse in energy markets, drawing a parallel to the role of Lehman Brothers in triggering the financial crisis.

With energy suppliers piling up losses by being forced to cover volumes at high prices, there’s a danger of a spillover effect for local utilities and their customers, including consumers and businesses, Economy Minister Robert Habeck said Thursday after raising the country’s gas risk level to the second-highest “alarm” phase.

“If this minus gets so big that they can’t carry it anymore, the whole market is in danger of collapsing at some point,” Habeck said at a news conference in Berlin, “so a Lehman effect in the energy system.”

Europe’s largest economy faces the unprecedented prospect of businesses and consumers running out of power. For months, Russian President Vladimir Putin has gradually reduced supplies in apparent retaliation over sanctions imposed over the invasion of Ukraine. The standoff escalated last week after steep cuts to the main gas link to Germany, putting reserves for the winter at risk.

The heightened alert tightens monitoring of the market, and some coal-fired power plants will be reactivated. At the current rate of gas inflows, Germany would need 116 days to reach its target to fill 90% of storage capacity, which would mean it would take until mid-October to do so -- a time of year that households would usually start consuming more gas for heating.

The alert stage also gives the government an option of enacting legislation to allow energy companies to pass on cost increases to homes and businesses. Habeck said he was holding off on price adjustments for now to see how the market reacts.

“It will be a rocky road that we have to travel as a country,” he said. “Even if we don’t feel it yet, we are in a gas crisis.”

German companies were quick to respond. Chemical giant BASF SE announced it may cut production as gas prices surge. BMW AG may buy electricity from third parties instead of running its own gas-powered co-generation plants.

Germany’s gas reckoning stems from decades of deliberately expanding its reliance on Russian energy, despite warnings from the US and other allies over security risks. Former Chancellor Angela Merkel had even promoted a second direct gas link with Russia, which was close to opening before Putin invaded Ukraine.

Germany, which still relies on Russia for more than a third of its gas supplies, enacted the initial “early warning” phase at the end of March, when the Kremlin’s demands for payment in rubles prompted Germany to brace for a potential cutoff in supply. The third and highest “emergency” level would involve state control over distribution.

The crisis has spilled far beyond Germany, with 12 European Union member states affected and 10 issuing an early warning under gas security regulation, Frans Timmermans, the European Union’s climate chief, said in a speech to the European Parliament.

“The risk of a full gas disruption is now more real than ever before,” he said. “All this is part of Russia’s strategy to undermine our unity.”

Habeck, who is also vice chancellor, said Russia’s move to cut gas deliveries through the Nord Stream pipeline makes it all but impossible to secure sufficient gas reserves for the winter without additional measures. He indicated he’s concerned that the Nord Stream link may not return to normal capacity after a 10-day maintenance period starts on July 11.

Germany has been rushing to fill up gas-storage facilities, but has made only modest headway. Reserves are currently around 58% full.

“Although the supply of gas is still secured in the short term, companies across all sectors are extremely concerned,” Peter Adrian, the president of the DIHK industry lobby, said in an emailed statement.

“Given these dark clouds that are gathering, we must now make a joint effort to do everything to save gas for the winter,” he added.

Germany’s network regulator, known as BNetzA, would implement rationing if the government triggers the emergency level. The Bonn-based agency has said leisure venues would likely see supply cuts, while consumers and critical public services such as hospitals would be protected.

Gas is a crucial part of Germany’s energy mix and more difficult to replace than Russian coal and oil, which are being phased out by the end of the year. The fuel is critical for heating homes and for industrial processes in the chemicals, pharmaceuticals and metals sectors.

Germany has taken steps to secure supplies, including taking control of a local Gazprom subsidiary, which was renamed Securing Energy for Europe GmbH. The country is also building infrastructure to import liquefied natural gas from the US and other suppliers, but those won’t be ready until later this year.

To shore up the market in the near term, the government is making available additional credit lines by state-owned lender KfW to guarantee gas injections at storage sites.

An auction model will begin this summer to encourage industrial gas consumers to save fuel, which can then be put into storage. The plan envisages major gas suppliers or industrial users posting offers with Trading Hub Europe, according to a BnetzA document seen by Bloomberg. In the event of bottlenecks, Trading Hub Europe will take up the cheapest offer.

“The curbing of gas supplies is an economic attack on us by Putin,” said Habeck. “It is obviously Putin’s strategy to try to fuel insecurity, drive up prices and divide us as a society. We will fight back against this.”