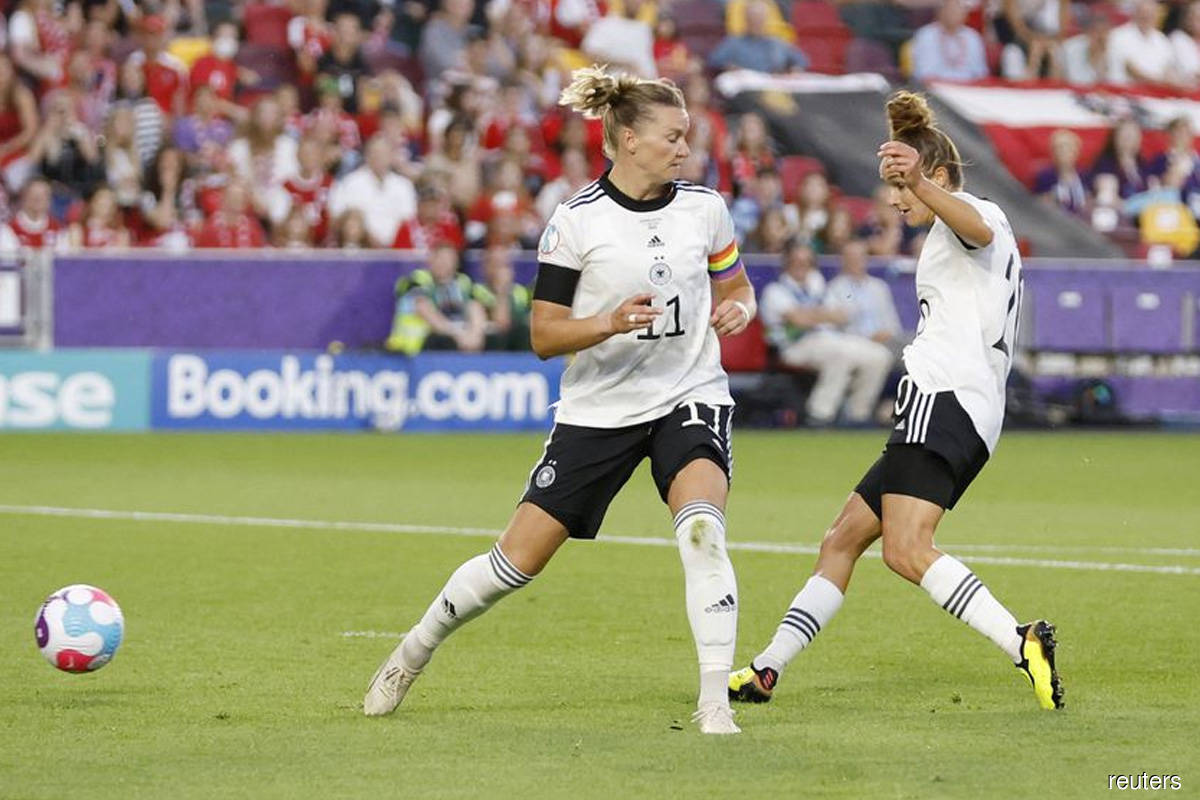 LONDON (July 22): Germany had to work hard to beat Austria 2-0 on Thursday and reach the semi-finals of the Women's European Championship, continuing their quest for a record-extending ninth title.

Lina Magull's first-half strike and a late goal from Alexandra Popp secured the win for Martina Voss-Tecklenburg's team and a place in the last four against France or the Netherlands on Wednesday.

Germany, who sailed through the group stages, found it tough going at the Brentford Community Stadium against an Austria side who hit the woodwork three times.

Austria, who reached the last four at the 2017 Euros, started strongly and came close to opening the scoring in the 13th minute when Marina Georgieva rose to meet a corner but her header hit the outside of the post.

Germany took the lead in the 26th minute after a poor kick out by goalkeeper Manuela Zinsberger was headed up to Klara Buhl who surged to the byline and cut it back for Popp who stepped over the ball, leaving it for Magull to sidefoot in.

Austria fought back in the second half, forward Barbara Dunst hitting the bar with an audacious long-range shot. Sarah Puntigam also hit the post after her initial shot was blocked.

Germany soaked up the pressure and could have made the result safe in the 82nd minute but Buhl somehow missed a tap-in in front of an open goal.

She was not left to rue that miss as in the 90th minute Popp pressed keeper Zinsberger into hitting the ball against her and it ended up in the back of the net.

It was Popp's fourth goal of the tournament, putting her second in the scoring charts behind England's Beth Mead (five). She also became the first player to score in four successive matches at a single edition of the Euros, the first the 31-year-old has played in having missed the previous two through injury.

France and the Netherlands meet in their quarter-final on Saturday.