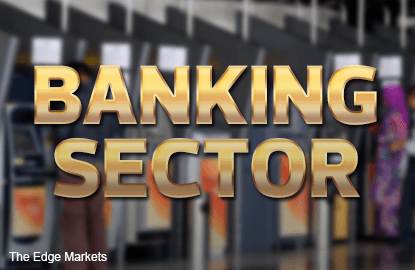 FRANKFURT/LONDON (Jan 25): German regulators will meet more than 20 foreign banks on Monday to spell out requirements for moving some operations to Frankfurt, people familiar with the matter said, as the city accelerates plans to win over business from London after Brexit.

The meeting, the first such gathering of its kind in Germany, is being hosted by financial supervisor Bafin to cope with increasingly detailed inquiries from banks as Britain prepares to trigger EU divorce talks, people involved said.

"Bafin wants to give the participants an overview of the main issues for those who want to move businesses to Germany after Brexit," said one of the people involved.

The sources said Bafin would make it clear that no "letter-box" operations would be accepted and that banks would have to have significant risk management arrangements and senior executives based in Frankfurt.

Other people said officials from the German central bank and the European Central Bank would also attend.

Bafin, which has close ties to the finance ministry, confirmed that the meeting would take place but declined to give further details. The Bundesbank and the ECB declined to comment.

About 40 executives will attend Monday's gathering, to be held as German Finance Minister Wolfgang Schaeuble discreetly starts supporting Frankfurt's efforts to attract thousands of bankers from London, according to people familiar with government thinking.

Many Germans are sceptical about the practices of largely US and British investment banks, that often run their international operations from London. This view was reinforced when Deutsche Bank — a German bank on Wall Street — had to pay US$7.2 billion in US penalties for selling toxic mortgage securities before the 2008 financial crisis.

German politicians, however, are increasingly pragmatic as banks in London search for alternative locations in the European Union to continue selling in the bloc once Britain leaves.

Banks with large London operations are shifting from contingency planning towards more concrete action after Prime Minister Theresa May said last week that Britain would leave the EU's single market, a move that would isolate the City of London from many of its clients.

May has said her government will invoke Article 50 of the EU treaty, starting two years of negotiations to arrange Britain's departure, by the end of March.

Frankfurt looks set to be one of the biggest winners from any exodus from London, with several major investment banks said to be in talks to base people there.

However the likes of Paris and Dublin are also expected to win some jobs — HSBC has said it will move around 1,000 roles to the French capital — while some US banks may shift some positions back to New York.

Executives, chiefly those in charge of regulatory issues, from banks including Morgan Stanley, Goldman Sachs and Citigroup are due to attend the meeting in Bafin's Frankfurt offices, the people said. Those banks declined to comment.

The gathering comes after a series of one-on-one meetings involving bank executives, politicians and regulators across EU countries.

It follows months-long attempts to persuade bankers of Frankfurt's appeal, matching smaller rivals such as Ireland, whose prime minister Enda Kenny this week emphasised ease of access to policymakers.

Frankfurt made contingency plans for Brexit even before Britons voted on June 23 to leave the EU. "We've been prepared for Brexit in Frankfurt since before the day of the vote," said Hubertus Vaeth, head of Frankfurt Main Finance, a group backed by local government to promote the city.

He predicts that 10,000 jobs will move to Frankfurt over five years, starting gradually in 2017 before gathering pace the following year, with investment banks among the early movers.

"The demand has been so large from banks that the regulators have to be creative to keep up," said Vaeth. "That's why we are having the meeting."

Stefan Winter, chairman of the Association of Foreign Banks in Germany, whose members include some of Europe's largest banks, said the mood among politicians in Germany was becoming increasingly welcoming towards banks.

"Germany is open for business," he said. "Politicians in Berlin are open to having more banks in Frankfurt, so long as they are properly controlled. That is different to what was the case 12 months ago."

While Schaeuble campaigned earlier for a tax on financial market transactions, the issue does not appear on the agenda for Germany's current presidency of the G20 group of leading global economies.

Germany's economic strength and the fact that Frankfurt is home to the ECB makes it attractive for banks. But it faces some hurdles in attracting foreign bankers. There is a shortage of housing for newcomers, while the region's 13 international schools are already well subscribed.

Nightlife in the city — where many town centre bars are largely empty for much of the week — is also seen as a turn-off for bankers used to London's offerings.

Madjid Djamegari, who owns a night club and cocktail bar in Frankfurt, went to London late last year with a small delegation to persuade business people there of the city's appeal.

However, even he admits Frankfurt's evening entertainment can appear a little lacklustre. "It's a bit of a German mentality. They are a bit conservative. We don't have the habit of going for an after-work drink. This can change if people come from the UK," he said.