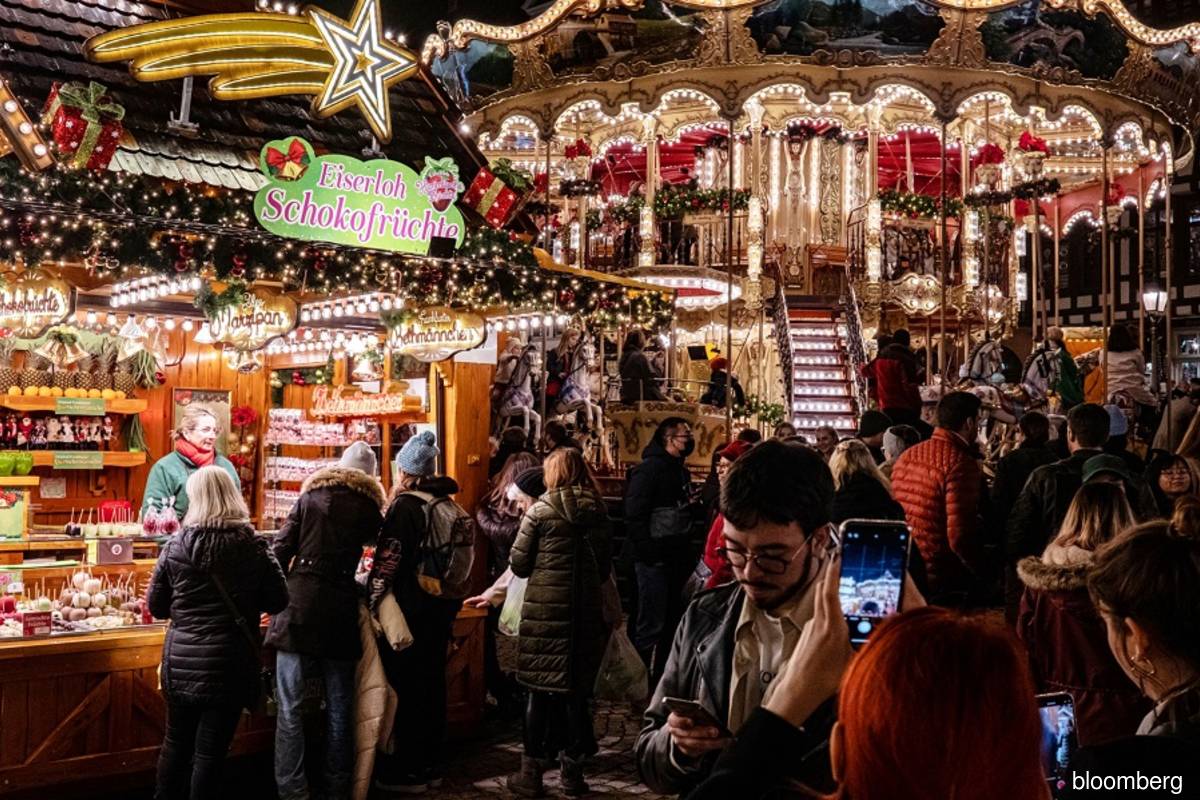 FRANKFURT (Nov 29): Germany followed Spain and Belgium in reporting slower inflation, offering ammunition to those who want the European Central Bank to ease the pace of interest-rate increases.

Consumer prices in Europe’s largest economy rose 11.3% from a year earlier in November, down from October’s 11.6% jump, the statistics office said Tuesday, citing factors including energy costs for the deceleration. Analysts surveyed by Bloomberg had expected an advance of 11.3%.

In Spain, inflation abated for a fourth month and by more than anticipated, driven by declines in electricity and fuel costs, though a gauge of underlying prices quickened. The headline number in Belgium, meanwhile, slowed to 10.6%.

Inflation data for the 19-nation euro zone are due Wednesday, with economists also estimating a slight moderation — the first in 1 1/2 years. That reading will be crucial as ECB officials weigh a third straight 75 basis-point hike in borrowing costs or a smaller half-point move before a likely recession.

Some officials already favored a more modest increment already in October, according to an account of that meeting, and their voices may get louder if price growth looks to be receding.

Others are less convinced. ECB president Christine Lagarde said on Monday that she’d be “surprised” if record euro-area price gains have peaked, while Executive Board member Isabel Schnabel said recently that it may be too early to slow the rate hikes.

Cooling headline inflation may prompt officials to put a greater emphasis on the core gauge in determining whether a turning point has been reached. ECB vice president Luis de Guindos said on Tuesday that the underlying measure is “the signal we have to keep following”.

Natural-gas costs will be key to determining the inflation path in Germany, which relied heavily on Russia as a supplier before the war in Ukraine. The government is now rushing to find other sources and is preparing to subsidise soaring bills for companies and households.

Commerzbank AG economist Marco Wagner said it’s too early to give Germany the all-clear after just one dip in price growth.

“Underlying inflation will remain high,” he said in a report to clients. “The collective-bargaining rounds have gained momentum and the unions are able to push through significantly higher wages than at the beginning of the year. In addition, companies have incurred high costs due to material and delivery bottlenecks.”