George Kent tendering for RM4b worth of projects 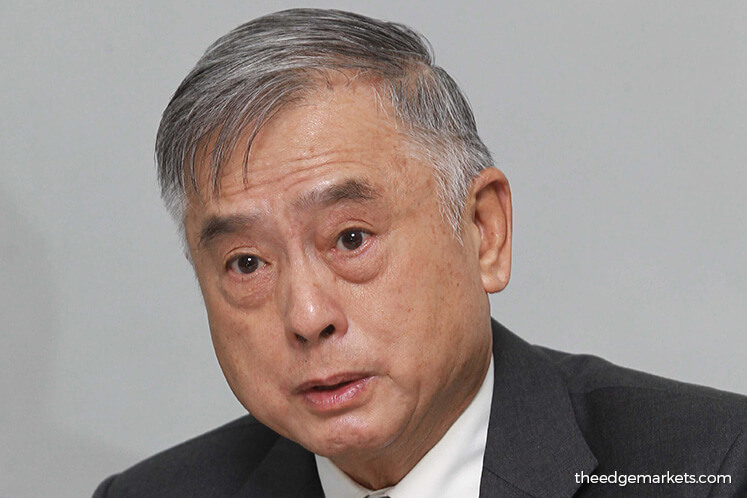 KUALA LUMPUR: George Kent (M) Bhd is currently tendering for about RM4 billion worth of projects ranging from railways to hospitals, as the group progresses with its RM6.1 billion outstanding order book.

While the group has been bidding for smaller projects in the past, chairman Tan Sri Tan Kay Hock (pic) said it is now bidding for bigger contracts.

“Anything that we feel we have a chance to succeed, we will bid,” Tan told a press conference after the group’s annual general meeting yesterday.

Asked which projects the group is tendering for, Tan only revealed that they include railway, hospital and water projects.

He said George Kent is progressing well in its ongoing projects such as the works for the Ampang light rail transit (LRT) line extension, LRT Line 3 and the works for mass rapid transit Line 2.

Tan said George Kent’s financial year ended Jan 31, 2017 (FY17) was a record year for the group, adding that the group expects a good FY18 as well.

“We reported [a] double-digit growth in 1QFY18 (first quarter of FY18) and we still have three quarters to go. We will have a clearer idea of the outlook for the year after the first half is done with,” he said.

While the engineering and construction business is doing great, Tan said the group’s metering division also continues to grow as the group secures more international orders.

He highlighted that Singapore’s national water agency Public Utilities Board has made its third consecutive contract since 2012, with an order for 323,000 units, while the group has also secured another contract for 600,000 units from Hong Kong.

“This is our bread and butter. We have experience in this industry, we have our regular customers and the business continues to grow.

“Last year, we expanded to Nepal, and we are going to India as well. We are exporting to 43 countries currently,” he said.

In total, Tan said the group has RM95 million in outstanding orders for the water meter business.

George Kent’s share price closed down two sen or 0.51% at RM3.94 yesterday, giving it a market capitalisation of RM1.47 billion.