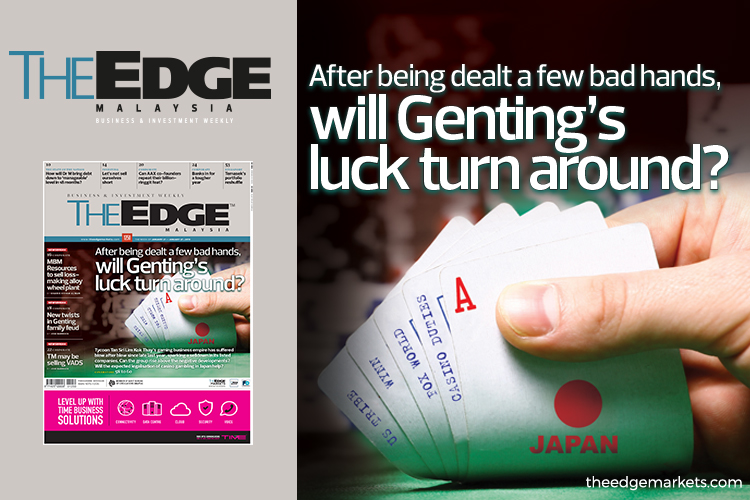 KUALA LUMPUR (Jan 19): Since  October last year the Genting Group has been hit by a series of negative developments — an increase in casino duties, yet another delay to the opening of its 20th Century Fox World theme park in Genting Highlands, and a lawsuit from Wynn Resorts.

But there is one thing that may change Genting’s spate of bad luck — a license for an integrated casino in Japan, one of the world’s last major untapped casino markets.

To-date, at least seven foreign casino giants have openly said they intend to secure one of the three integrated casino resort licenses to be made available in Japan.

Four of them are based in Nevada, the US.

Will the Genting Group be able to change its fortune?

Read about it in the latest issue of The Edge.