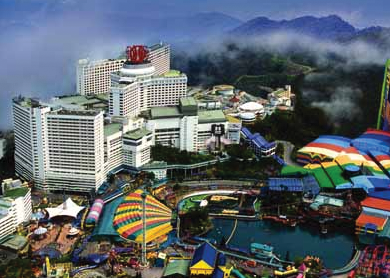 KUALA LUMPUR: Genting Malaysia Bhd, a member of the Genting Group, will review investment opportunities both locally and abroad after failing to secure a second casino licence in upstate New York, in the United States, last year.

“Currently, we will focus on [operating] the existing Resort World Casino New York City. We also expect to cut labour cost and bring in more automated machines [there].

The gaming group had submitted two bids to operate casino resorts in Orange county in June last year, but had failed to secure the licences from the New York Gaming Facility Location Board.

Lim also said the weakening ringgit has an impact on the group’s US dollar-denominated borrowings, thus weighing on overall investment cost.The ringgit fell to a nine-year low of 3.7738 against the US dollar on Monday, but recovered slightly to 3.735 yesterday.

Nevertheless, Lim said, Genting Malaysia is also expected to benefit from the weaker local currency as it will make the country more attractive for foreign tourists to spend here.

“Our 20th Century Fox World theme park [in Genting Highlands] is expected to be completed in 2016. We (Genting Malaysia) remain positive [about our financial performance] going forward, as the weaker currency would make it more attractive for tourists to spend here,” he added.

Asked to comment on the slowdown of the group’s gaming revenue, Lim blamed it on weaker luck factor.