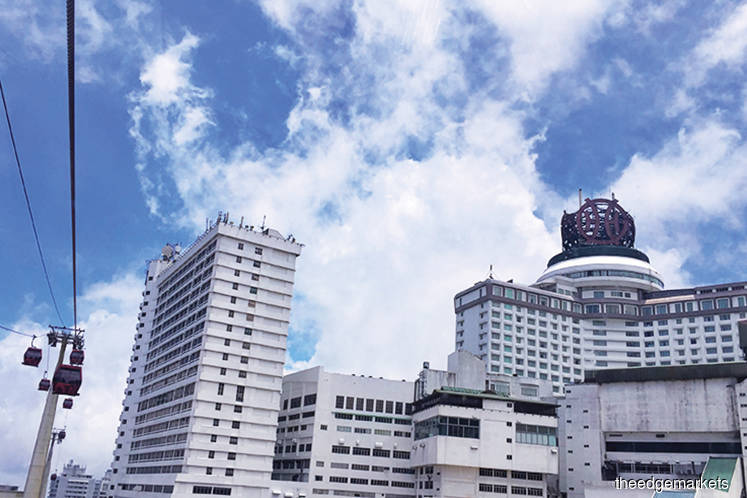 The hilltop casino operator said the group's improved net profit in 4QFY18 was due to the reversal of additional tax expense of RM166.2 million incurred in the previous quarter (3QFY18), as a result of a change in the basis of tax incentive use.

“This reversal is following the High Court of Kuala Lumpur’s decision to grant the company’s application for leave to commence judicial review of the Ministry of Finance’s decision to amend terms of tax incentives previously granted to the Company and a stay of the MoF decision, pending disposal of the judicial review application before the High Court,” Genting Malaysia said in a filing with Bursa Malaysia today.

Genting also said it recorded a more-than-two-fold improvement in adjusted earnings before interest, tax, depreciation and amortisation (Ebitda) from its leisure and hospitality businesses in the US and Bahamas to RM92 million, from RM38.1 million last year.

For the full year FY18, however, Genting Malaysia sank into the red with a net loss of RM19.59 million from a net profit of RM1.16 billion a year ago, despite revenue rising 6.4% to RM9.93 billion from RM9.33 billion.

This was primarily because it recognised an impairment loss of RM1.83 billion from the group's investment in the promissory notes issued by the Mashpee Wampanoag Tribe.

On outlook, Genting Malaysia cautioned that the operating environment in Malaysia will be challenging, as the group adapts to the new fiscal operating landscape in 2019, following the severity of the casino duty increases announced in the Malaysian Budget 2019.

In the UK, Genting Malaysia said the group will also place emphasis on strengthening its position in the non-premium players segment, as it continues its efforts to drive business volumes and enhance the operating performance of Resorts World Birmingham.

Meanwhile, in the US, Genting Malaysia said the group remains focused on the ongoing expansion works at Resorts World Casino New York City’s (RWNYC), which is expected to open in phases from end-2019.

“In Miami, the group will continue to leverage the newly-renovated Hilton Miami Downtown hotel to boost visitation and higher spend at the property,” Genting Malaysia said, adding that the group remains committed to improving operational efficiency and infrastructure at Resorts World Bimini in the Bahamas.