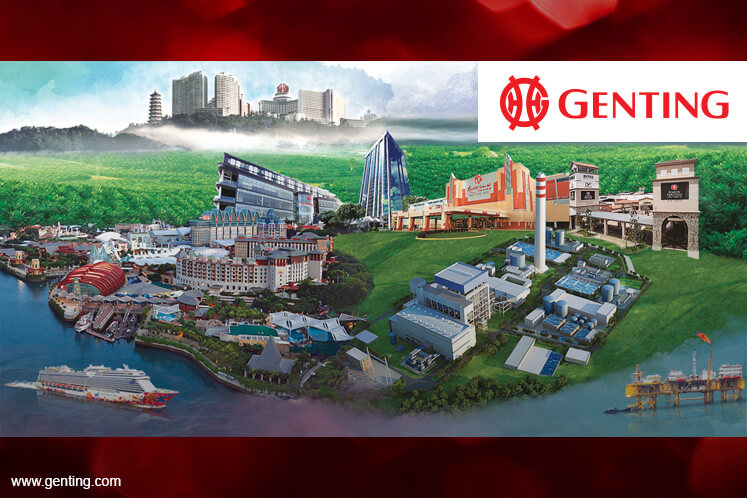 Genting Malaysia shares hit an intraday low of RM5.63 at 2.42pm today, down 15 sen or 2.6% from its close yesterday, with 10.59 million shares traded — surpassing its 200-day average trading volume of 6.6 million shares.

It was reported in a local English daily last month that Genting Malaysia may have to write off an investment of US$274 million, if it does not get approval to proceed with construction of the First Light Resort & Casino in Massachusetts, United States.

The report stated the U.S. Department of Interior is to decide on the matter on June 19.

On the local front, news reports had emerged that the Royal Malaysian Customs Department would impose tourism tax in the country, effective Aug 1.

The Dewan Rakyat had in April passed the Tourism Tax Bill 2017, which allows the Government to impose the tax on tourists staying at any premise tht provides accommodation.

Genting Bhd has a 49.3% stake in Genting Malaysia. The latter company operates the Resorts World.

Genting Bhd has embarked on the Genting Integrated Tourism Plan, which includes the opening of a Twentieth Century Fox theme park slated for this year.