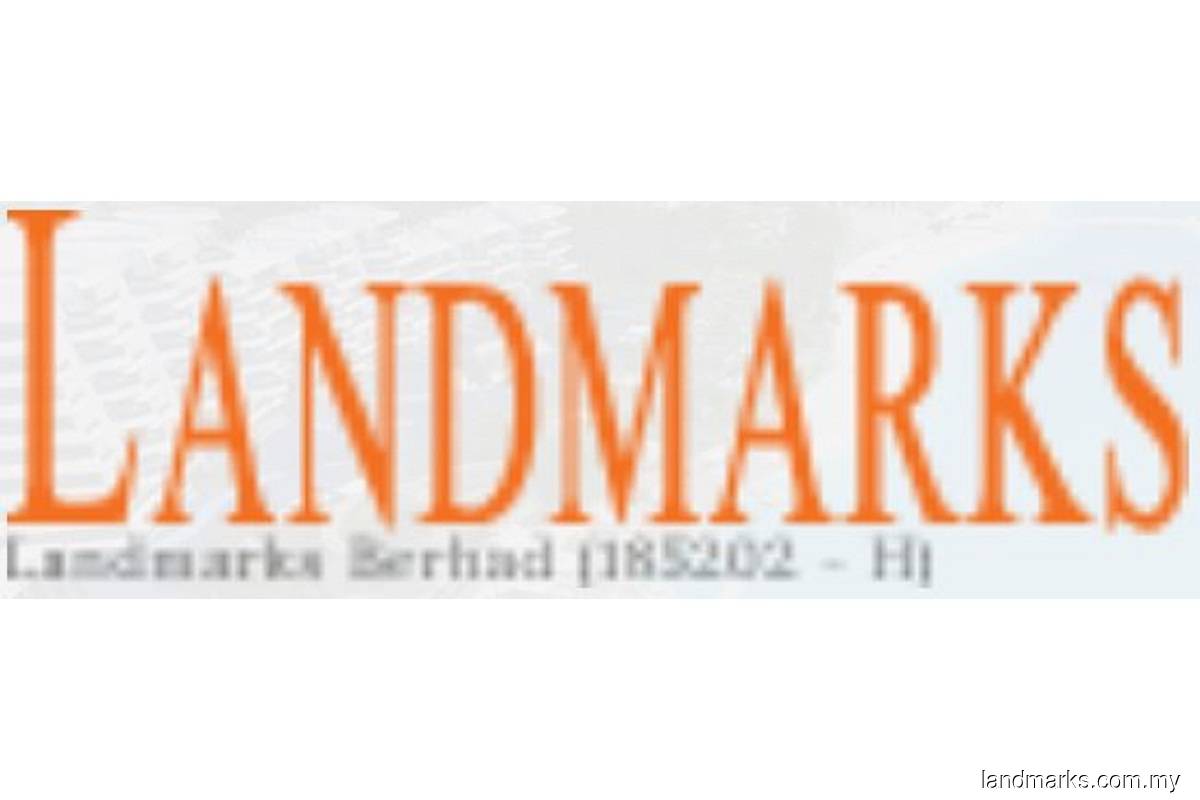 Its revenue for the quarter, however, dropped 80% to RM6.71 million from RM33.15 million in the previous year.

In its filing with the bourse, Landmarks said it recorded a RM32.65 million one-off gain on disposal of 51% equity shares in subsidiaries, as well as RM31.07 million amid a fair value gain recognised on investment in subsidiaries becoming a joint venture.

Besides that, it also saw lower operating costs incurred by its Singapore office during the quarter due to a cost rationalisation exercise.

For the cumulative four quarters, its net profit stood at RM67.41 million, compared with a net loss of RM100.89 million a year earlier, while its revenue declined 67% to RM37.97 million from RM116.6 million.

In its prospects, the group said business remains slow at Treasure Bay Bintan, which relies mostly on the Singapore market, which has yet to open its borders to Bintan.

"The group is stepping up its tactical sales and marketing plans to drive demand and business from the domestic market. The group is also actively exploring potential joint venture development, sales of development land and sales of resort," said Landmarks.

Meanwhile, it noted positive developments such as world governments taking active steps towards assisting the tourism and business sectors by implementing travel bubbles, as well as the ongoing vaccination plans around the world.

The group said its revenue is expected to decrease substantially going forward, due to the ceasing of The Andaman Langkawi, following the fire incident on Jan 31, 2021.

The resort was adequately insured under fire and fire consequential losses policies, it said, with the management currently working with the insurance company on lodging claims for the losses suffered.