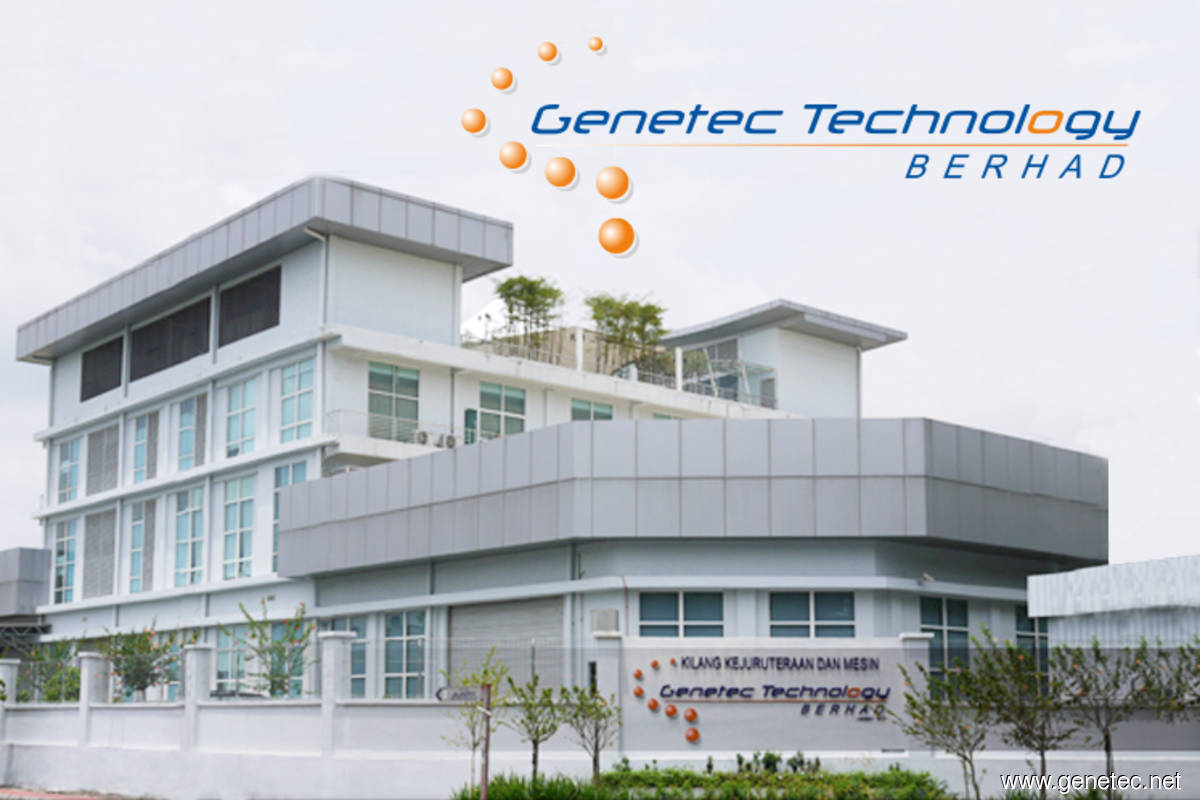 In a bourse filing on Monday (Oct 25), Genetec said revenue for the quarter rose to RM59.31 million versus RM38.67 million previously.

Genetec did not declare any dividend for the quarter. Based on Genetec's cumulative EPS of 48.42 sen for the six-month period ended Sept 30, the company's annualise EPS would be 96.84 sen or an annualised net profit of RM49.53 million for the financial year ending March 31, 2022 (FY22). At Monday's closing share price of RM46.70, Genetec's shares were trading at a price-earnings ratio of 48.2 times.

Assuming a 50% quarter-on-quarter growth in Genetec's EPS for the remaining two quarters in FY22, the company's annual EPS would be 169.23 sen or an annualised net profit of RM87.04 million.

This would mean that Genetec's shares are being valued at roughly 28 times at the closing share price of RM46.70.

Reviewing its performance, Genetec said it continued to achieve robust results primarily due to the electric vehicle (EV) sector, which was boosted largely by the global electrification trend as well as continuous efforts to strengthen in-depth cooperation with its existing major customers.

On its prospects, Genetec said it is riding on the momentum of the worldwide radical shift towards automobile electrification and collaborating with existing as well as new global customers in the EV sector to further enhance its share within this segment of the global market.

“This will ensure the upward propelling of the group’s revenue in the future and allow us to discover more market opportunities.

“With the current secured orders in hand and positive outlook for the global EV market, the group expects to continue performing [well] in the subsequent quarters, barring unforeseen circumstances,” it said.

Separately, Genetec proposed to undertake a bonus issue of 661.56 million new shares on the basis of 12 bonus shares for every one share held.

It said the entitlement dates will be determined later after obtaining all relevant approvals.

The company said that the bonus issue could encourage greater participation and broaden its shareholder base while potentially improving trading liquidity of Genetec shares on Bursa Malaysia.

The company expects the proposed bonus issue to be completed by the first quarter of 2022.

Based on the five-day volume weighted average price (VWAP) and the lowest three-month daily VWAP of Genetec shares up to Oct 15, the theoretical ex-bonus price of Genetec shares is expected to be between RM1.32 and RM3.28.