Geek Speak: The things my girlfriend and I argue about 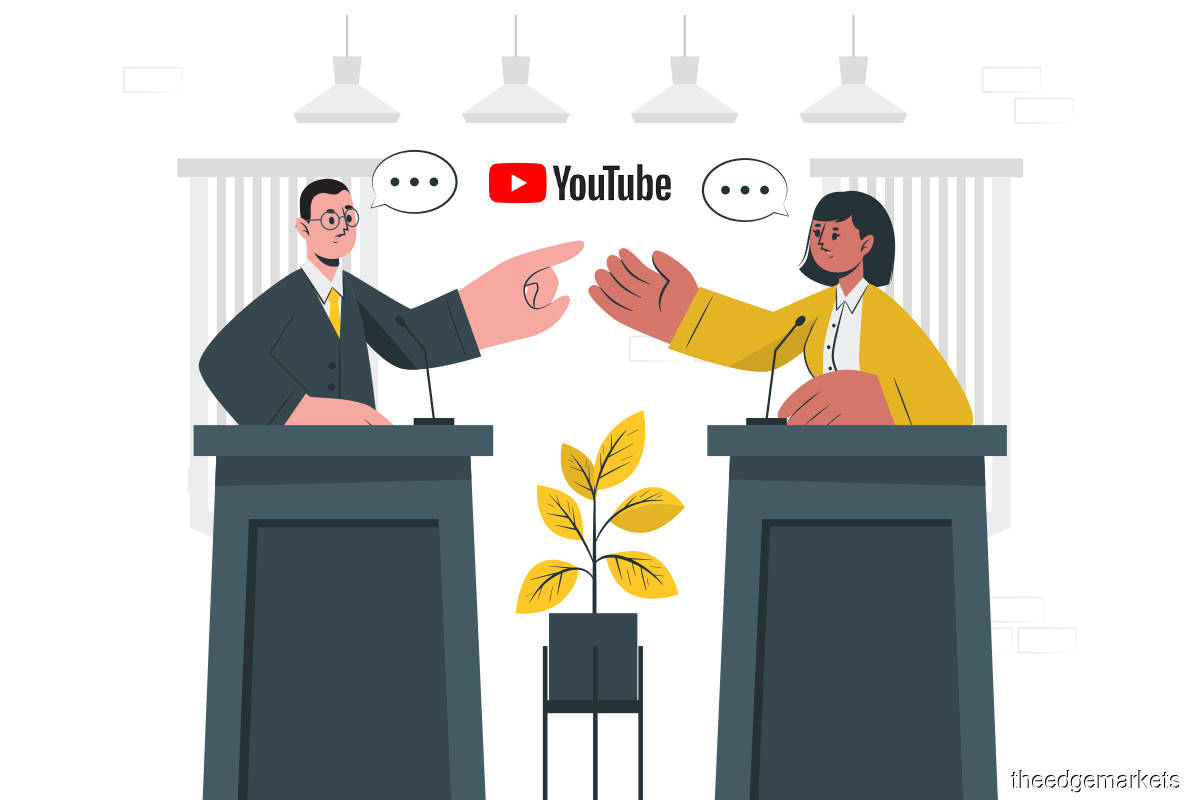 Just a few months ago, my partner and I had a heated argument over a matter so simple that it seems ridiculous in hindsight — is YouTube an educational platform?

Our stances were clear.

I thought it was, and the increased reliance on educational YouTube channels among students during the pandemic only strengthened my stand.

My girlfriend, however, disagreed strongly, saying that YouTube is first and foremost an entertainment platform and not an alternative to proper learning methods.

“If the method does not involve taking notes, conducting research and completing exercises, it does not constitute studying,” she maintained in a firm tone, secure in her years of teaching experience against my few years as a journalist, writing a couple of stories on edutech.

Although I may have lost that argument (I always do), I grew personally attached to my stance because I am a direct beneficiary of the educational side of YouTube. Before becoming a writer, I was a filmmaker by trade, and YouTube played an essential role in the development of my skills.

Having all the time in the world, my teenage band of film-loving misfits were thrust into the YouTube rabbit hole of recommended videos. We consumed years worth of content, ranging from tutorials, tips and tricks and product reviews to niche videos such as director interviews and artsy short films.

Filmmaking is an ever-changing technical and creative venture and these YouTube videos served faithfully as my metaphorical mentor and a great source of inspiration well into my university days and videography freelancing career.

What further cemented my faith in YouTube was just how boring conventional education was: the droning lectures, the slow-paced tutorials, and this too, when I was doing a so-called exciting degree like broadcasting. I can only imagine what it was like for those taking other, less fascinating courses.

Broadcasting was supposed to be a highly hands-on and practical industry field but the ineffective methods of formal education contributed little to my filmmaking pursuits.

Comparatively speaking, these YouTube videos were way more concise and information dense. I was able to pause and play, speed up or slow down, and even repeat the video several times to fully comprehend the subject matter. Not only that, it was far easier to search for content suited to my skills level.

After singing praises of YouTube and its wonders, my partner rolled her eyes at me. She then proceeded to destroy my carefully thought-out arguments with a single stroke: she showed me what a typical teenager’s YouTube feed looks like.

I was treated to tab upon tab of gaming streams, celebrity gossip, K-pop videos and mindless clickbait content. What shocked me the most was the view count on these videos, which extended to the tens of millions, dwarfing the view count of most educational YouTube content. The latter barely chalked up a million views.

Who was watching? I scrolled through the comments. It was obvious that most of them were children and teenagers from their religious use of emojis and their hyperbolic language.

I dug further. Some YouTube influencers, in their efforts to be helpful, displayed their audience analytics and there too, I found that a large chunk of the massive view counts were powered by a relatively young audience.

“Jotham, this is what children are watching nowadays — not some old Photoshop tutorial from three years back,” she pointed out triumphantly. In the face of such overwhelming evidence, I timidly conceded defeat.

To me, it was a stark reminder that YouTube’s benefits rarely extend beyond the user’s search terms. And that in terms of practical usage, it is ultimately an entertainment platform that has the capacity to be educational, should you so choose. It is not so different from how we do not take TikTok influencers seriously when it comes to financial or life advice.

But wait just a minute. I am a real-life embodiment of YouTube’s capacity as an educational tool. I mean, I can’t deny the benefits it has brought to my life. So my partner and I, argument over, decided to work together to see how users of all ages can leverage YouTube as a platform and stretch its educational capacity.

Here is a summary of our conclusions:

Most YouTube videos are designed to be a passive experience. However, ramping up the level of engagement would allow viewers to take ownership of their learning process.

A traditional way to do so would be to take notes and conduct exercises during and after the video, reinforcing any knowledge gained. Personally, this method has proved useful in my postgraduate studies.

Another method would be verifying the information learnt by reading Wikipedia articles, online journals and additional learning materials. Another interactive way of learning would be to ask questions through the YouTube comment section, using the platform’s livestream chat function, or initiating conversations surrounding the topic on platforms such as Reddit.

Using YouTube as a learning tool needs to be an active and conscious decision. Hence, users can put themselves in a learning mindset by curating a YouTube playlist full of videos on topics that they wish to learn.

A customised curriculum enables users to learn at a pace best suited to their level. This method also allows users to avoid any form of distraction stemming from YouTube’s algorithm-driven recommended videos, which can be fairly addictive.

Curating a playlist from scratch can be a daunting process. Thankfully, there are plenty of existing playlists that users can reference, which can be found both on and off YouTube. Thanks to the pandemic, there are plenty of widely circulated playlists aimed specifically at learning data science, programming languages and even business development skills.

The biggest obstacles to using YouTube as a learning platform would be distractions and a lack of discipline. One of the best ways to overcome this would be employing a body double to instil a sense of accountability.

Simply put, a body double is a companion for people who find it difficult to complete tasks alone. Body doubles may sit quietly or go about their merry way, as they only need to exist within your immediate vicinity to work effectively.

Body doubles are commonly used by people suffering from attention deficit hyperactivity disorder (ADHD) and have been proven to increase their productivity. It is also best not to overly engage with body doubles until the task is completed, as it may be a form of distraction.