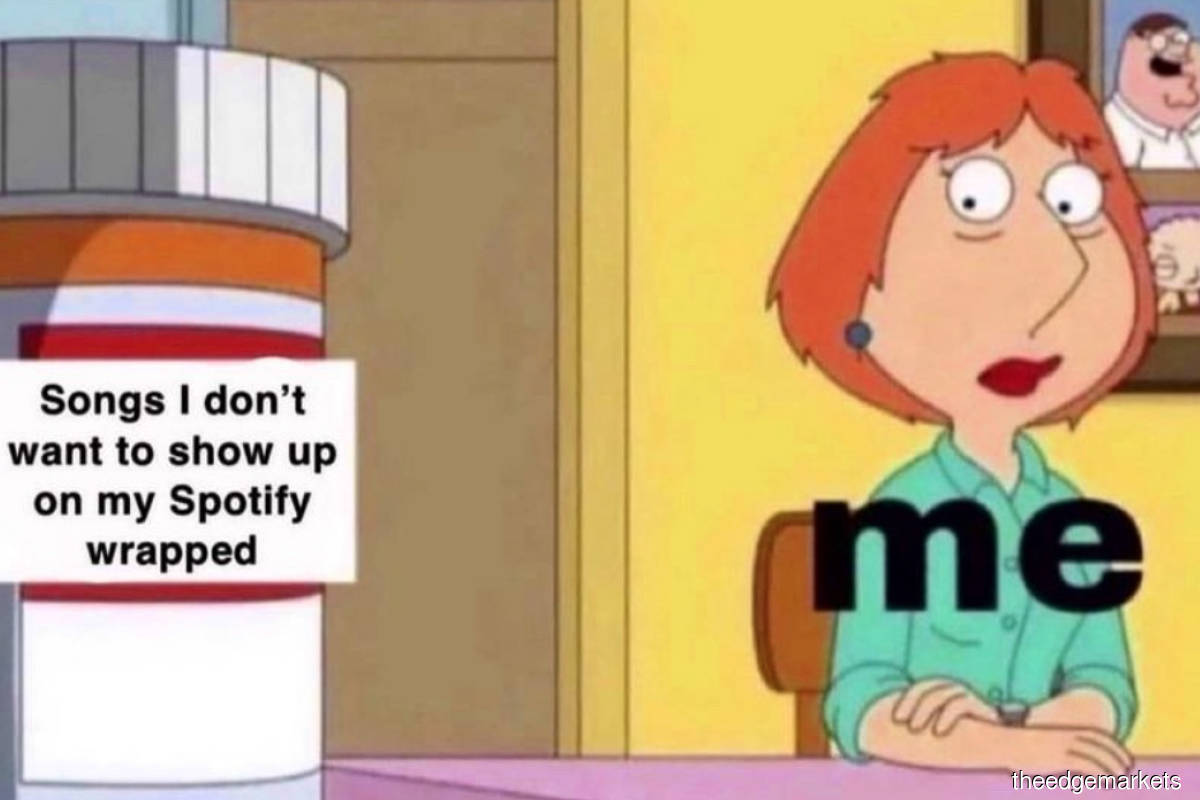 In a week or so, Instagram and Facebook will be flooded with posts about Spotify Wrapped, a viral marketing campaign by music streaming platform Spotify that occurs every December, allowing users to view data analytics on their activity on the platform over the past year.

Some find these posts annoying while others (like myself) wait eagerly to see how my auditory habits may (or may not) have changed. Last year was no different for me and I expected Irish rock band The Script to be my #1 for the third year in a row, only to find 1960s country singer Tammy Wynette on top of the list.

Completely befuddled, I tried to re-do it on my desktop and was greeted with the same results. Johnny Cash came in second and The Script was downgraded to third, the first for me since participating in Spotify Wrapped.

Don’t get me wrong, there are days when I choose to indulge in these golden oldies, but I was pretty sure that it wasn’t enough to make it to the top of my Spotify Wrapped list.

I came home that day, turned on the television and it hit me — my parents had messed up my Spotify algorithm. We have a smart TV in the hall and during the pandemic, I logged on to my Spotify account for my parents to enjoy. They had fun exploring the app (especially since there was nothing much to do while cooped up at home), testing the limits of Spotify while rediscovering old tunes.

When Covid-19 restrictions eased, my father continued to play his songs on the TV over the weekend using my account, resulting in, well, a rather inaccurate and confusing analysis of my annual music taste.

Something similar happened with my Netflix account too and I had to contend with the platform’s constant recommendations of stand-up comedy skits and K-dramas, when these really aren’t my cup of tea.

I set up a Spotify Family plan and added my parents to the account, allowing them to enjoy their own music through their own accounts. I did the same for Netflix and added a password protection to my profile so that my parents would be forced to access their own profiles.

A year on, I’ve yet to recalibrate the algorithm of my Netflix and Spotify accounts to suit my personal preferences. It has been a frustrating exercise, where I’ve been actively providing feedback to the apps on my likes and dislikes. But doing this also prompted me to look at my digital consumption a little more critically to make sure that the recommendations were personalised to my interests.

I started with Facebook by going through all my liked pages and groups (which went back more than 10 years) and removed the ones that weren’t relevant anymore. On Instagram, I unfollowed business pages that I hadn’t interacted with or made purchases from over the last five years. The only exceptions I made were pages that belonged to friends. Since I’m still new on TikTok, I’m taking a more critical look at accounts before following them.

I’ve also become more conscious while doomscrolling, reporting to the respective apps the posts that didn’t interest me. This simple act, I believe, has tremendously improved the suggested posts directed to me.

This exercise, while tiring, has finally led my accounts back on the path of knowing who I am on the inside. I knew my hard work had paid off when the new real estate reality show spin-off, Selling the OC, was recommended to me and I no longer saw the faces of Russell Peters and Trever Noah on my Netflix profile.

Needless to say, I’m so excited for Spotify Wrapped this year and to my social media followers, sorry in advance for the Instagram Stories spam! One year is just too long.