GE15: No discussion between BN, other coalitions to form govt — Mohamed Khaled 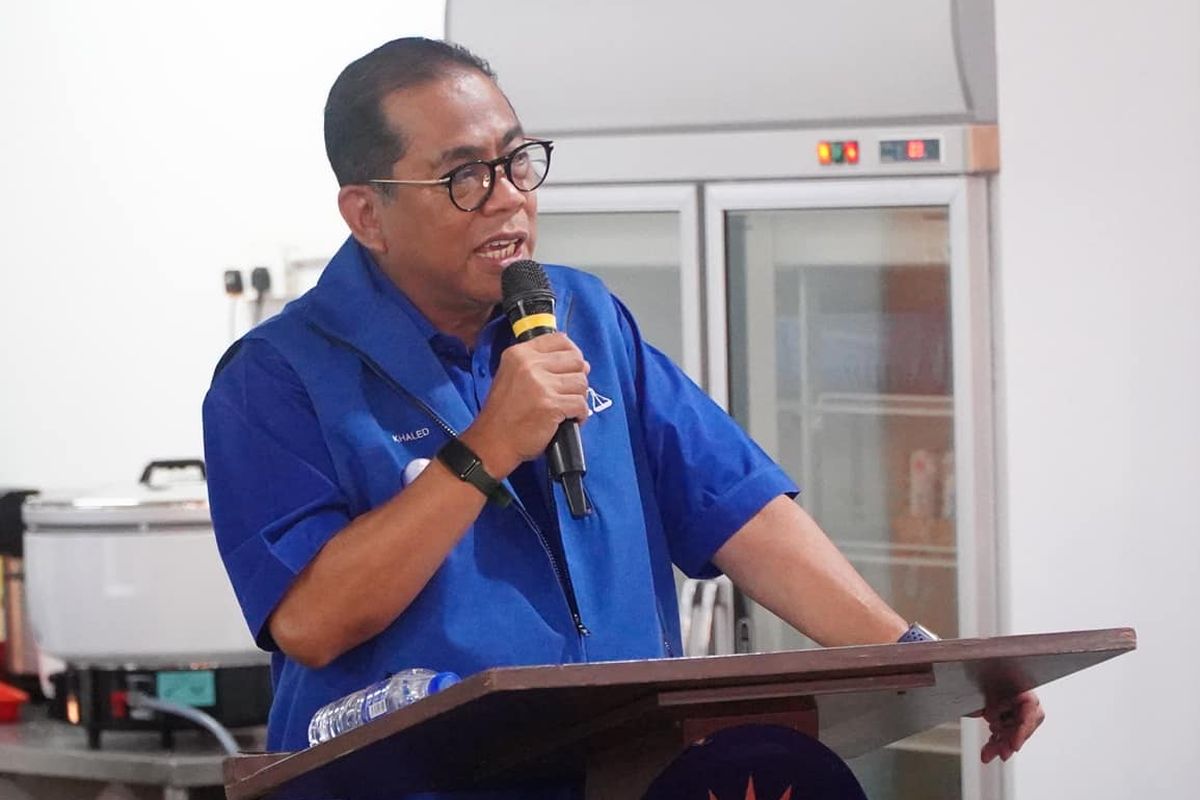 KOTA TINGGI (Nov 16): There has been no discussion regarding Barisan Nasional (BN) working with any other coalition to form a government after the 15th General Election (GE15), said UMNO vice-president Datuk Seri Mohamed Khaled Nordin.

Mohamed Khaled, who is also BN candidate for the Kota Tinggi Parliamentary seat, said that all BN candidates and leadership, including the parties' 'Top Five', are currently focusing on campaigning in their respective constituencies to ensure victory in GE15.

“I believe all of that (the question of working with other parties) was raised because they saw that BN would win, so everyone tried to position their respective parties so that BN would 'propose' to them,” he told reporters after the get-together with Kota Tinggi UMNO veterans programme, at Felda Pasak operations room, here on Wednesday.

He said this when asked to comment on media reports that quoted PAS secretary-general Datuk Seri Takiyuddin Hassan's statement in Kota Bharu on Monday that Perikatan Nasional (PN) is confident of forming a government with a coalition of other parties, especially BN, in GE15.

However, Takiyuddin, in a separate statement on Tuesday, claimed that his statement regarding collaboration between PN and BN after GE15 was taken out of context, coupled with headlines used by some media confusing voters.

In other developments, Mohamed Khaled said that he was confident of winning the Kota Tinggi Parliamentary seat, based on the response and acceptance of the people during almost two weeks of campaigning, and would intensify his efforts to attract young voters.

“I am satisfied with the acceptance of the community and voters in Kota Tinggi after many days of campaigning.

“It has entered the final phase and in terms of machinery...very enthusiastic and committed to fighting for victory,” said the former Johor Menteri Besar, who is also confident that the momentum of the State election, held last March, can be maintained.

The former Pasir Gudang Member of Parliament also refuted claims that young voters do not want to support BN, describing that view as inaccurate.

“These young people will check the candidate's background, including experience and ability to develop the constituency. I believe they are knowledgeable voters and will choose the best," he said. He is also confident of getting the full support of UMNO's veteran voters.