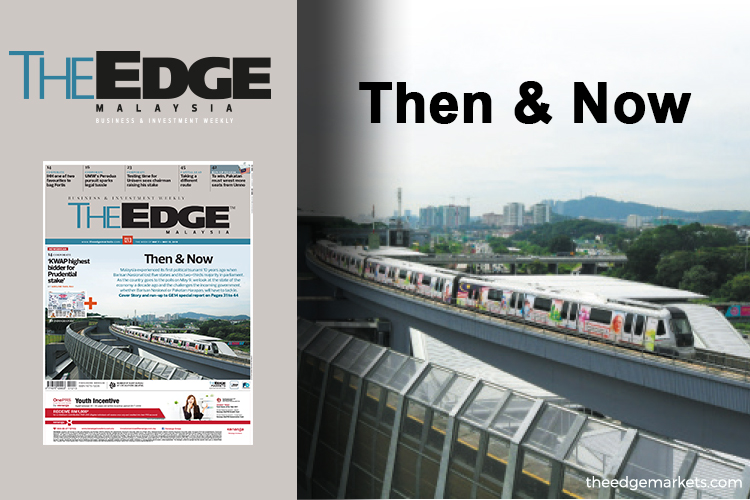 KUALA LUMPUR (May 5): There was no hint of a "Malaysian tsunami" during nomination day ahead of the nation's 14th General Election (GE14) polling day on Wednesday (May 9, 2018). This is because the nomination process last Saturday went by without too much outwardly expressed strong sentiment from either side of the political divide.

The Edge Malaysia business and investment weekly, in its latest May 7 - 13, 2018 issue, quoted Dr Oh Ei Sun, who was political secretary to the prime minister from 2009 to 2011, as saying GE14 campaigning had so far not acquired an overly racialist tone.

Oh said if there is a Malaysia political tsunami coming, at best, the nation should characterise it as an urban or rural one.

"The urban tsunami has long been coming, at least since the last two elections. People living in the urban or suburban areas are more well versed in and exposed to the various best practices around the world, not the least in politics, economics and civil society activism. It is only natural that they feel uncomfortable with the longest ruling administration in the (semi-)democratic world. And it just happened that many of these worldly residents are of Chinese descent, who voted overwhelmingly for the opposition in the last two elections, which prompted the coining of the “Chinese tsunami” phrase five years ago.

"Conversely, rural voters who are more dependent on the largesse of the incumbent government would tend to vote for the latter. And it just happens that most of these voters are Malays, which is perhaps what also prompted the coining this round of the phrase “Malay tsunami”, which is still yet to be seen.

But again, either a Malay or a Chinese tsunami alone is not sufficient to bring about the kind of change in government that many desire to see. If ever there is a tsunami, it has to be a Malaysian one."

For a better understanding on GE14, kindly pick up and read the latest issue of The Edge.