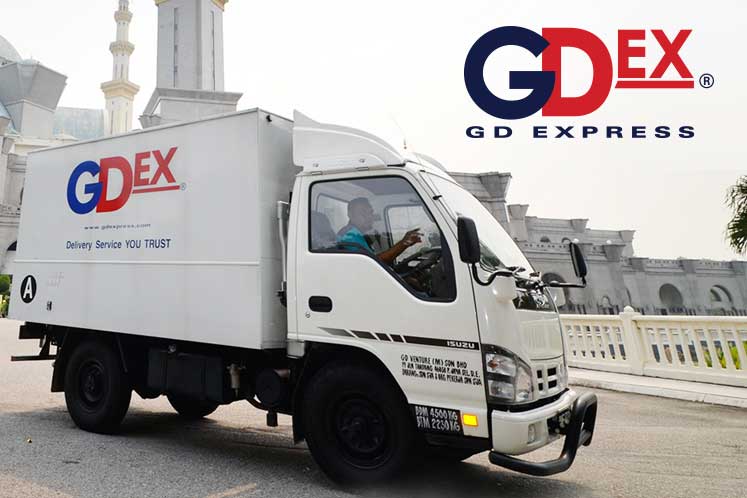 It was the top active counter across the exchange, with some 68.11 million shares traded, more than 17 times higher compared with its 200-day average trading volume of 3.82 million shares.

The group said the higher revenue reported was mainly due to the increase in demand for courier services for e-commerce (business-to-consumer) business.

In view of the economic uncertainties arising from the Covid-19 outbreak, GDEX, commenting on its prospects, said it will continue to stand cautious while being proactive towards developing a strong intra-Asean delivery network.

In a research note published last Friday (May 15), RHB Research said it sees stronger earnings prospects for GDEX in FY21F-22F, due to heightened demand from the e-commerce space.

Besides the abrupt surge in e-commerce volume, lower fuel costs and positive regional expansion are some of the key factors for strong earnings according to the research house.

Meanwhile, GDEX's 50%-owned Netco in Vietnam is expected to take longer to contribute meaningful earnings off a lower base, but RHB said it should nonetheless ride on the country’s strong growth potential.

Nevertheless, RHB Research has upgraded its rating on GDEX to “buy” with a target price of 40 sen after raising its forecasted earnings in FY21-22F by 31-42% — imputing higher volume growth and higher associate contributions.

The research outfit said the premium valuation (54 times PE vs 70-80 times historical mean PE) is justified by a scarcity of profitable listed peers, and GDEX’s lifted growth prospects in the Asean last-mile delivery space as well as its cash-rich balance sheet to offer further expansion opportunities.