GDEX looks to regional markets as local competition heats up 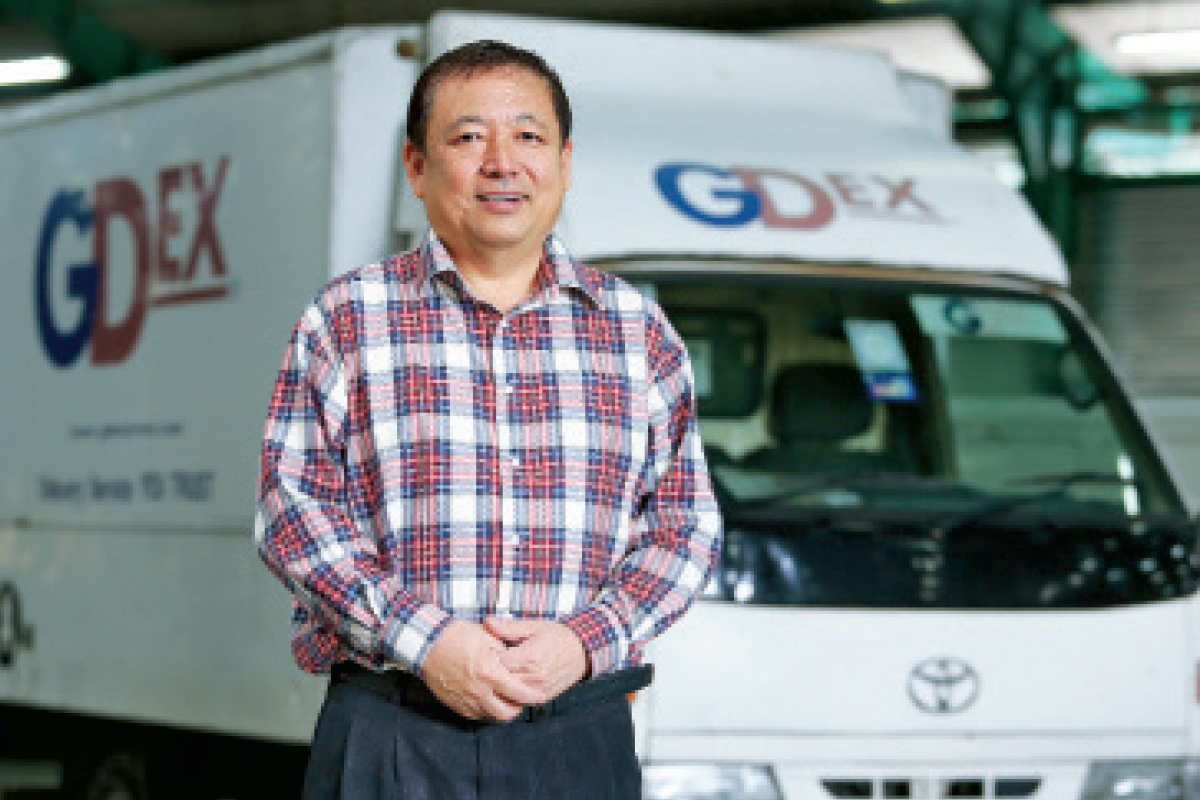 Teong: Our ambition is to be in all the markets in this region. (Photo by Sam Fong/The Edge)

COMPETITION in the domestic express courier industry has been heating up, so much so that the Malaysian Communications and Multimedia Commission (MCMC) has taken the move to freeze the issuance of new licences.

Despite the e-commerce boom, many players are losing money, leading to business closures and a drop in the number of licence holders over the last two years.

Amid the competitive environment, GD Express Carrier Bhd (GDEX) is looking to forge partnerships in regional markets to ensure the sustainability of its business. After investing in Singapore, Indonesia and Vietnam, GDEX is looking at Thailand and the Philippines as potential new markets.

In an interview with The Edge, GDEX founder and group managing director Teong Teck Lean says the group aims to have exposure in all Southeast Asia markets.

“Our ambition is to be in all the markets in this region. We are already in Singapore, where we have our own operations, and in Indonesia, through a partnership with SAP Express. It has about 5,000 employees there and thousands of agents across Indonesia,” he adds.

“This is the way forward for us. In Malaysia, we have partnerships with a lot of home-grown brands, which include warehousing, delivery of the items, managing inventories and collecting the cash,” says Teong.

Yamato subsequently increased its stake in GDEX to 22.8% after acquiring 137.42 million shares at RM1.74 apiece from SingPost in February 2016, as well as from Teong.

Partnering with SingPost and Yamato has provided GDEX with invaluable insights and know-how on how to build a world-class express courier business, and this knowledge is now being transferred to its partners in Indonesia and Vietnam.

“From the strategic partnerships with Yamato and SingPost, we got to understand how they operate and how to give better experiences to our customers. Yamato helps us by marketing our services to its customers in Malaysia and the region,” says Teong.

“Now, we are helping our partner in Vietnam to be more customer-centric in its business approach and to bring in more multinational customers.”

GDEX is in a position to invest in new partnerships in regional markets, given its strong balance sheet. Its gearing ratio stood at 0.06 times as at June 30, 2020, giving it room to gear up.

The group is also in the midst of issuing up to 705.18 million new free warrants (Warrants C). The proposed warrants will be issued on the basis of one warrant for every eight shares held by the shareholders of GDEX. The warrants will have a tenure of seven years from the date of issuance, which will be determined after the proposal is approved by its shareholders.

If all the warrants were to be converted into ordinary shares at an indicative exercise price of 40 sen per warrant, GDEX is expected to raise gross proceeds of between RM281.71 million and RM282.07 million, the group states in the proposal.

The gross proceeds are expected to be utilised for the group’s future working capital requirements and other operating expenses such as maintenance of its fleet of vehicles, warehouse facility and data centre, and back-up system.

Assuming the full exercise of Warrants C, GDEX’s total borrowings will decrease to RM30.48 million from RM40.19 million, giving it a gearing ratio of 0.04 times.

The express courier industry has been suffering from cut-throat competition over the past five years as the boom in the e-commerce and technology sectors attracted new entrants, giving rise to an overcrowded landscape.

The number of licence holders has been declining over the past two years.

Companies that are still operating are seeing their margins squeezed. For example, Pos Malaysia Bhd reported a loss of RM45.7 million for its postal and courier businesses in the first six months of the financial year ending Dec 31, 2020.

Against this backdrop, Teong suggests establishing a forum, consisting of regulators, industry players and consumer associations, to discuss and formulate a way forward for the postal and courier industries.

It should also be a platform for the courier industry to self-regulate, he says.

“I believe this is the right approach, bringing the best brains from the different factions. Whatever they recommend, I hope the industry can support it as this is for the sustainability of the industry,” he adds.

The MCMC has set up a National Postal and Courier Industry Laboratory to draft a new action plan that will support the strategic development aspirations of the postal and courier industry. A report will be published on the recommendations made by the end of the month.

Asked if the freeze on new licences is anti-competitive, Teong disagrees, saying that if the situation were to be left to the market, the industry would collapse and many players will go under.

He points out that the courier industry has grown by leaps and bounds over the years and created many jobs. It is estimated that in 2019, 63,700 people were employed in industry, compared with just 14,300 in 2016.

“If you look at Pos Malaysia, it employs almost 30,000 people. If we assume that each person has three dependants, there are almost 100,000 people who depend on the company for survival.

“Can you imagine, if one big company goes under, what the impact would be? It would be tremendous,” he says.