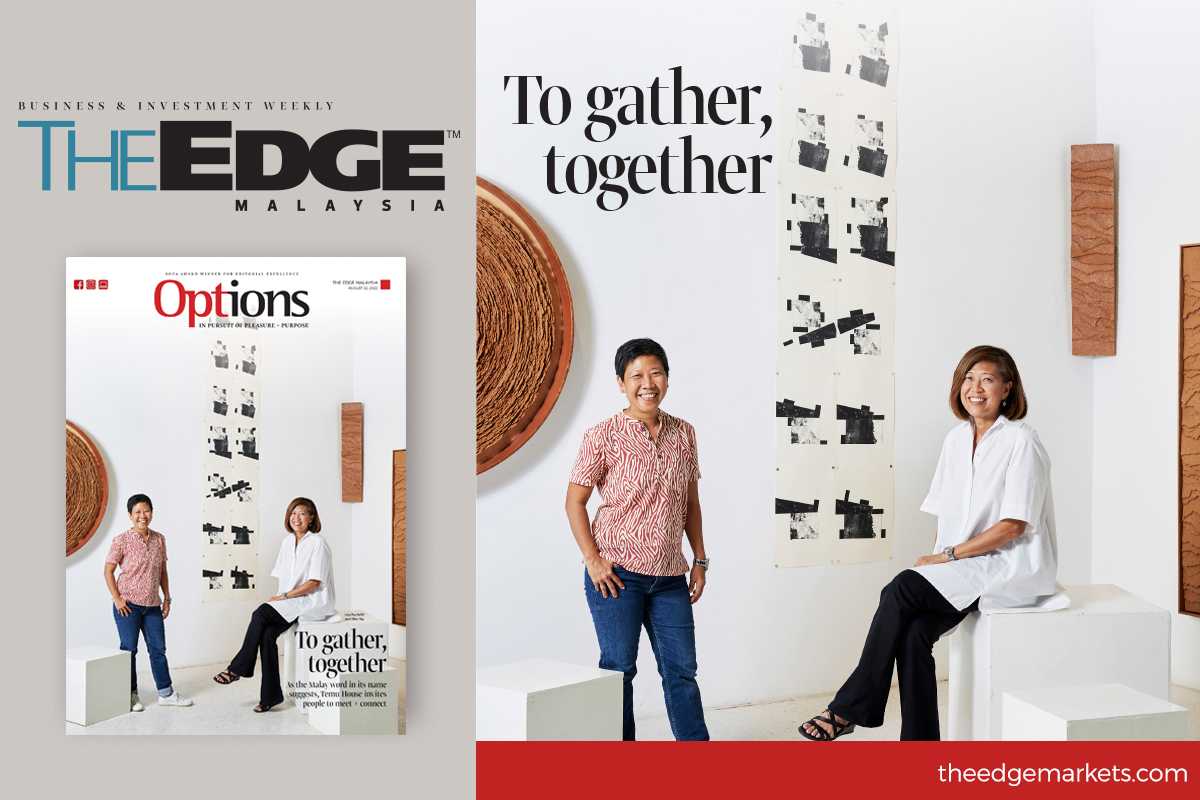 KUALA LUMPUR (Aug 21): Years ago, architect Lillian Tay bought a 1960s bungalow next to her house in Petaling Jaya, hoping her sister would move in and they’d grow old together. That did not happen. Then the property was used as a gallery by some photographers who developed traditional black-and-white film photography and put them up for show. After they moved out, producer Lina Tan, the founder and owner of Red Communications, sold Tay the idea of turning her place into a space for community gatherings and exhibitions. Tay tore down and removed parts of the building to create a “neutral vessel” for curated events and works of art. Temu House was then born last year.

Speaking of PJ, two cool cafés are making their rounds on the ‘Gram, not just because of their unusual aesthetics but also the inventive food (think tacos with an Asian twist, and otak-otak scrambled eggs) that will refuel you after a tiring work week. Also, don’t miss our recap of Cartier’s recent Beautés du Monde exhibition in Singapore, which celebrated the wonders of the world via its inimitable way with jewels.

Looking for a short getaway? Genting Highlands is more than its casino, theme park, glitzy entertainment and premium outlets. There are lots to do for those who want a quiet getaway and be one with nature, starting with guided walks at the crack of dawn. Outdoor junkies can choose from one of seven trailers of varying distances and difficulty. Each offers an abundance of flora and fauna, from sightings of endemic plants, tropical birds, crawlies and siamangs to views of waterfalls, valleys and an old temple. Of course, there is also the chilly, fresh air that draws city dwellers up the hills.

Read more about it in The Edge Malaysia weekly’s Aug 22 edition.