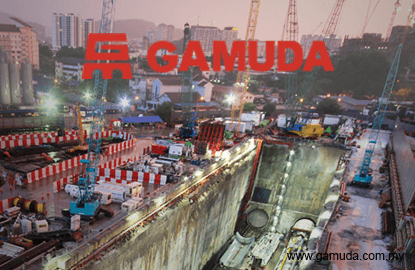 In a filing with Bursa Malaysia today, Gamuda attributed its drop in net profit to the softening of the property market in Malaysia and tapering of underground and elevated works of the Klang Valley Mass Rapid Transit (KVMRT)-Line 1 project.

Gamuda, through its joint venture company with MMC Corp Bhd, MMC Gamuda KVMRT (PDP) Sdn Bhd, is the project delivery partner (PDP) for the Sungai Buloh-Kajang MRT Line 1. As at February 2016, the project was at 79% completion.

"The project is on target for Phase 1 completion in December 2016 and full completion by July 2017, with no significant cost overruns so far," read the company's announcement.

As for the Sungai Buloh-Serdang-Putrajaya line (MRT Line 2), which Gamuda together with MMC are the PDP, Gamuda said that five advance works packages have been awarded, with another sixteen tenders, which includes four main viaduct packages, under way.

"Two of the main viaduct packages are expected to be awarded in April, with another two slated for mid-2016," it said.

As for the Penang Transport Master Plan, in which Gamuda's 60%-owned SRS Consortium is the PDP, Gamuda said that discussions on the scope, terms, and conditions of the PDP agreement is ongoing and the agreement is expected to be executed by June this year.

Gamuda's property division sold RM385 million worth of properties in 1HFY16, a 28% drop from the RM535 million sales registered in 1HFY15 due to the weak Malaysian property market, especially in the Iskandar Johor Region. Unbilled sales at the end of the current quarter (2QFY16) was RM1 billion.

However, its overseas property projects, especially in Vietnam, continued its strong performance and contributed 60% of the group's property sales.

On the takeover of its water concession holder Syarikat Pengeluar Air Selangor Holdings Bhd (Splash) by the Selangor state government, Gamuda said that discussions with the state are currently ongoing.