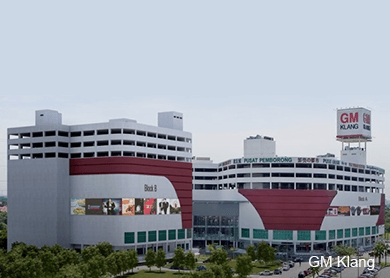 KUALA LUMPUR (Apr 2): A planned wholesale complex undertaken by the property development arm of Gamuda Bhd (fundamental: 2.2; valuation: 1.5) is expected to reap RM10 billion in revenue within the next ten years.

“Upon full completion of the five-phase development, there will be more than 5,000 wholesalers operating. Total turnover, which reached RM1.5 billion in 2014, is expected to rise to RM10 billion within the next ten years,” GM Klang said.

According to GM Klang, phase one comprising a five-level block will be launched this Saturday by Selangor Mentri Besar Azmin Ali.

Gamuda is the developer of Bandar Botanic.

Gamuda via Gamuda Land is already an established property developer. According to the group's website, it has township projects across Malaysia and Vietnam.

In Vietnam, Gamuda is the developer of the Gamuda City in Hanoi and Celadon City in Ho Chi Minh City.

At 11am, Gamuda shares rose three sen or 0.6% to RM5.14 for a market capitalisation of RM12.08 billion. This compares to its latest reported book value per share of RM2.54.