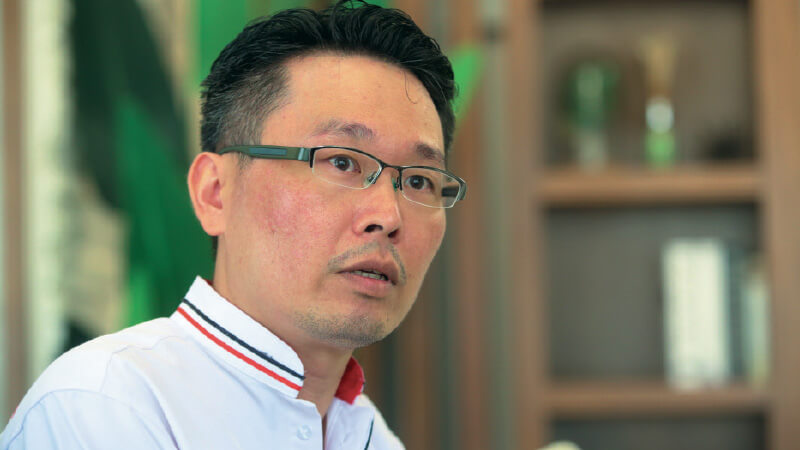 Lam: Linked semidees are also known as cluster homes, whereby the units are linked to each other at two sides

Gamuda Land, the property division of Gamuda Bhd, is looking to unveil the first linked semi-detached houses, known as Jovita, in the Gamuda Gardens township in Sungai Buloh next month.

General manager Lam Sew Chee tells City & Country that Jovita will offer 144 units of 2 and 2½-storey linked semidees. Sixty units will be launched on April 20 in conjunction with the opening of the township’s new property gallery, and the rest will be launched gradually this year.

“A key feature of Jovita is that all units will have a courtyard, with the flexibility to turn it into a garden or an extended dining area. Linked semidees are also known as cluster homes, whereby the units are linked to each other at two sides and every unit is a corner unit with a 10ft side garden. Unlike similar products, ours will also have a back door at the kitchen”, Lam explains.

The RM162 million gated and guarded project spans across 19 acres. Typical units will have a lot size of 35ft by 70ft, with four bedrooms, five bathrooms and a utility room. In order to promote community living, the units have a gateless design.

Lam says there will only be 24 Type C units, which will feature a multi-façade design and double-volume ceiling in the living room area. The units will face the township’s Central Park, which will have a jogging track, children’s playground, camping site, wetland terraces and outdoor gymnasium.

More than 700 people have registered their interest in Jovita. The development targets upgraders and those staying in high-rise developments in the surrounding areas. It is suitable for multi-generational living and scheduled for completion in 2021.

“In line with the overall master plan concept of Gamuda Gardens, Jovita will also be lushly enveloped by nature. Plants and trees native to the ecosystem will line the streets. There will also be pocket gardens and greenery laid across the houses. Residents of the lakeside homes will have direct secure access to the Central Park,” Lam says.

“We see a gap [in the market] for linked semidees. We had offered this type of property in Jade Hills earlier and it received good response,” says Lam.

“The challenge in developing this project is the perception buyers have of this place. We started developing Gamuda Gardens over two years ago and many people still think it is a bit far when it is just 15 minutes from the Damansara toll on the North-South Expressway. We are aware of this issue and have been organising events to bring in the people,” he says.

“Buyers of previous phases are from different areas such as Sungai Buloh, Rawang, Kepong, Petaling Jaya and Damansara, the majority of them with families. We have already launched terraced homes, serviced apartments and shops.”

Gamuda Gardens will have a 50-acre Central Park with five cascading lakes and two waterfalls and a waterfront village — Village Square — next to it with shops and a grocer’s. The leasehold township has a gross development value of RM10.1 billion.

Gamuda Gardens is connected via major highways such as the North-South Expressway, Kuala Lumpur–Kuala Selangor Expressway and Guthrie Corridor Expressway, while the Kuang KTM Komuter station is 5km away.

After the launch of Jovita, Gamuda Land plans to launch Joya, where typical units will have a lot size of 24ft by 65ft. Plans for the remaining 676.6 acres of undeveloped land bank in Gamuda Gardens include landed homes, high-rise projects, a shopping mall, offices, hotel, international school and public schools.

As at Dec 31 last year, the group’s undeveloped land bank stood at 3,274 acres, with a GDV of RM56.45 billion. Most of the land parcels are in the Klang Valley, Johor and Kota Kinabalu. The group also has land in Ho Chi Minh City and Hanoi in Vietnam as well as Singapore.